With the empty threat of 2 feet of snowfall looming, the art world came out in full force on Monday night for the Art Production Fund Gala honoring design duo Elmgreen & Dragset and designer Miuccia Prada. The festivities were held this year at the former site of The Four Seasons, the shuttered eatery that first opened its doors in 1959. The evening gave guests a look into Aby Rosen’s vision for the property, a concept called Landmark Rooms, in which each of the sprawling space’s dining rooms will be spliced into separate concepts.

With Rosen presiding next to artist Rachel Feinstein, dinner took place in the iconic pool room, where a troupe of performance artists choreographed by Gerard & Kelly writhed in the as guests found their seats. Inside were Amirah Kassem, Nicky Hilton, and Hilary Clinton aid Huma Abedin with sister Heba Abedin, all wearing matching Alice & Olivia ensembles, and the designer herself, Stacey Bendet, who got the crowd moving post-dinner with an impromptu after-party inside Mia Moretti’s DJ booth where the Dom Pérignon flowed freely.

After a measly six inches of snowfall and a slew of rescheduled festivities, fitness fanatic Tracy Anderson opened the doors to her sixth (and largest!) studio on Wednesday night on the Upper East Side. While Anderson obsessive Gwyneth Paltrow was slated to host the 200 attendees, the inclement weather kept the actress and lifestyle guru from attending. In her stead was Lena Dunham, who showed off her impressive weight loss she wittingly credits to her “Trump diet.” Not one to succumb to FOMO, Dunham later FaceTimed with Paltrow from Los Angeles to pose for photos.

Socialites donned “luminescent black tie” as The Frick Collection museum was decked out with blacklights for their annual Young Members Party. This year, Carolina Herrera served as underwriter, prompting most of Manhattan’s female socials including Nicky Hilton, Alessandra Balazs, Elizabeth Kurpis and celebrity stylist Micaela Erlinger to queue up for dresses on loan from the designer. Though it may have started as a tame affair taking in a selection of colors by J. M. W. Turner, the dance floor was the usual center of gravity for the under-40 crowd who spent the better part of the evening cutting a rug before carrying on to a variety of nightlife spots dressed to the nines. 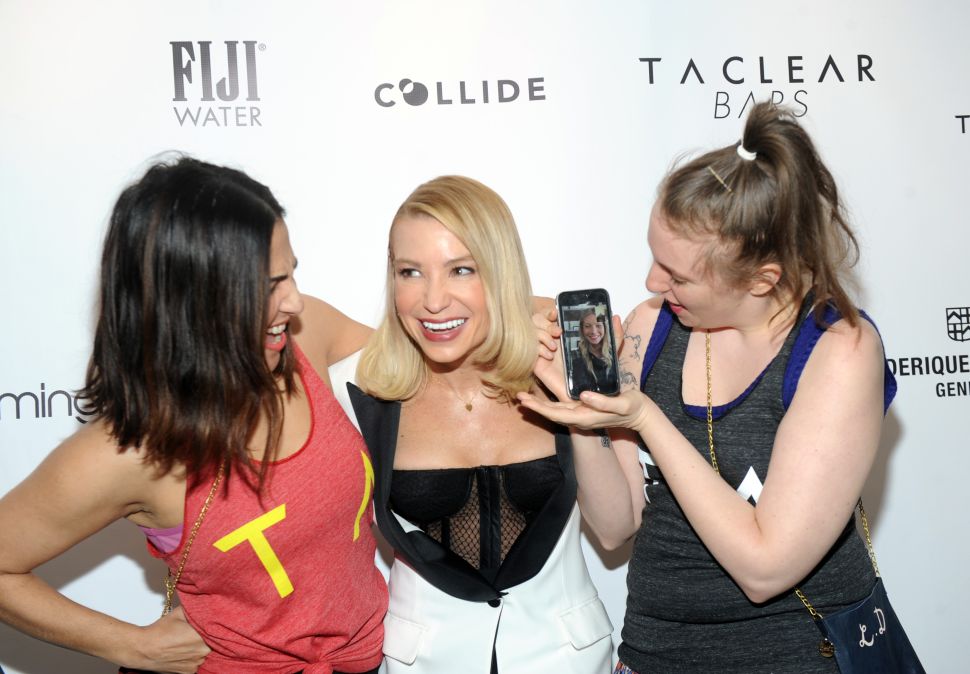