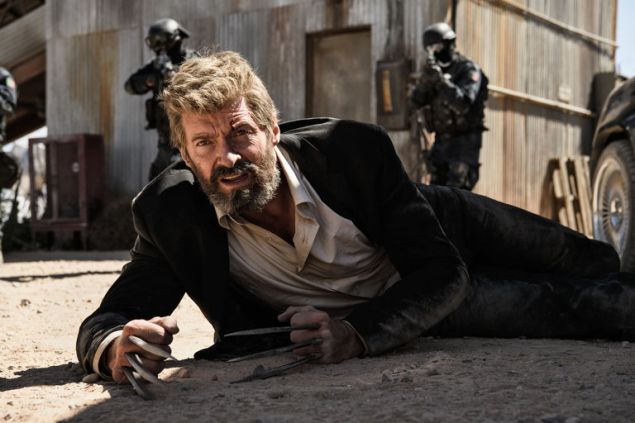 Logan is another heinous and sophomoric waste of Hugh Jackman ‘s time and considerable talent and another expensive throwaway aimed at milking money out of people who still read comic books. Color it stupid.

Mr. Jackman comes to Broadway, sings and dances like Gene Kelly and Fred Astaire put together, gets critical raves, sells out his entire runs, and wins every award in the book. Then, to make a living and stay rich, he goes back to the movies and flushes his craft, charisma and magic down the drain in junk like Logan.  It’s about…well, it’s about nothing, except that it marks the star’s ninth re-tread as the tired, deflated mutant, Wolverine (a.k.a. Logan).  If there is such a thing as a Heavenly reward, it is also his last.

The franchise fans hate spoilers, but in this case Marvel comics readers know what’s going to happen before anything does and they don’t mind passing it around.  So we knew eons ago, before filming commenced, that Logan is the one where the leading man dies.  But in the 2 hours and 16 minutes it takes him to break his Edward Scissorhands claws, slash up the entire cast and bite his final bullet, the non-stop action is nothing more than business as usual.  Except that from the picture, it’s past time for Wolverine to call it a day.  Beat-up and half-dead, the half-animal mutant junkie is now an alcoholic limousine driver hiding out in an abandoned warehouse on the Mexican border in the year 2029, as well as a male nurse and custodian of Charles (a.k.a. Professor X), again played by bald sidekick Patrick Stewart, and an albino mutant named Caliban (Stephen Merchant).  Charles has Alzheimer’s, and Wolverine is  trying to save up enough money get them both on a boat and sail away to a peaceful finale, which we know is never going to happen as long as there are still a gang of movie producers willing to spend billions bringing more Marvel comics to the screen.

RELATED: “What Logan Understands About Life, Death and the Long Road In Between“

The main reason nobody will let Wolverine retire from muck and mayhem is his new goal: to save a batch of mutant children being raised as killers, led by a girl named Laura (Dafne Keen), who turns out to be his own offspring.  Now he must rescue Laura and her friends from countless villains and lead them to Eden, a safe haven for mutant children in South Dakota.  It’s a 2000-mile trek fraught with human horrors aimed at mutants, and Logan can  only survive the bullets, machine guns, arrows and lethal blows of endless description as long as he can keep injecting himself with hypodermic needles containing a green potion that looks like lime Kool-Aid.  This is his Kryptonite, and don’t think the maniacs pursuing him don’t know it.

People who have been following this junk since the original X-Men movie in 2000 will yell foul play if I tell you how Logan dies, but who is kidding who?  You can’t write reviews of X-Men movies containing spoilers because there is nothing to spoil.  Nothing happens except a lot of chopping, dicing and vomiting, the villains are underwritten and without purpose, the fight scenes have been done a thousand times before, and the direction by James Mangold contains nary a shred of originality. I have to pinch myself to remember he is the same director responsible for Walk the Line, which earned Reese Witherspoon an Oscar as the wife of Johnny Cash.  But lest we forget, Mr. Mangold reminds us all over again, with a soundtrack containing not one but two Johnny Cash songs.

Worst of all, there’s nothing to further any interest in Hugh Jackman or his character.  Logan hobbles around like Walter Brennan and adds so little to the superhero legend that he might as well have phoned it in—which, in several scenes, is exactly what he does.  As a crown prince of the stage and screen, there’s nothing he cannot do, but in the silly, labored X-Men movies, there’s nothing he should be doing, either. 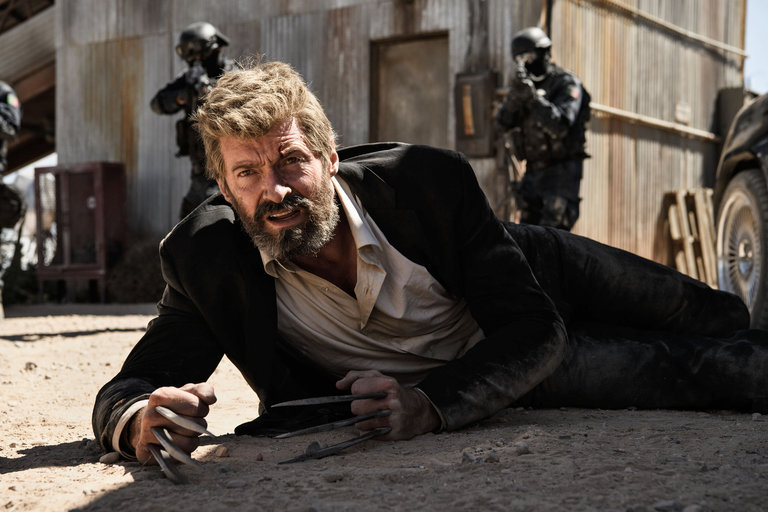