At least five people are dead and 20 injured following a terrorist incident in London. What had been dreaded finally happened—an attack on UK soil which brought to mind recent tragedies on mainland Europe. Police are conducting a “major terrorist investigation.”

It appears that a car was driven at speed into pedestrians on Westminster Bridge, which is just in front of the Palace of Westminster—home to the UK parliament. At least two people have died as a result of being injured by the car.

The driver then reportedly ran the few meters to the parliament complex and attacked a police officer with a knife before being shot by another officer. The police later confirmed that the stabbed officer was among the dead, as well as the suspected attacker.

Parliamentarians were quickly put into lockdown and the prime minister was driven away at speed. The area around Westminster – including Whitehall, where many government departments are based—was shut off. The rapidity with which the authorities reacted proves that London, though horrified by what has happened, was ready for such an event.

Senior security figures including Andrew Parker, head of intelligence agency MI5, have been warning of the potential for an attack of this kind for some time. Bernard Hogan-Howe, the former commissioner of the Metropolitan Police, warned in 2016 that an attack was a matter of “when not if.”

The devastation that can be caused when ordinary vehicles are used as weapons on soft targets such as civilian areas has been all too clear in recent years. With so many killed in Nice in July 2016 and Berlin in December 2016 by men driving lorries into crowds, there has been mounting concern about how to protect public spaces. On this occasion it appeared to be a car that was used, but the driver was still able to inflict serious injury on passers by.

The Metropolitan Police have been preparing for such an incident in London at least since Daesh (IS) struck in Paris in November 2015. And planning has realistically been in the works since long before that. London suffered its last large-scale terrorist attack in 2005, but several smaller scale incidents have occurred since and many more plots foiled. The UK has been on “severe alert” since 2014, meaning an attack is highly likely.

Preparations for attacks have included a series of exercises to test responses and effectiveness in dealing with an incident. Just days before the Westminster attack, armed police were out on the river Thames carrying out a large-scale hostage simulation involving a ferry and dozens of actors.

London has long been recognized as a primary target for a terrorist attack, with certain parts of Westminster and the City of London seen as particularly high risk. The capital experienced numerous IRA attacks during the Troubles in Northern Ireland, including a bomb at the Houses of Parliament in 1974 and the killing of Airey Nevey, the shadow Northern Ireland secretary, who died after his car was blown up as he drove out of a car park beneath parliament’s New Palace Yard.

The city’s approach to managing the terrorist threat has evolved along the way. These days, physical barriers can be seen at strategic locations all over London. The palace of Westminster itself is surrounded by large black barriers, which make approaching the complex in a vehicle difficult. Police officers are deployed at strategic locations and their numbers have been increased lately. They are on the ground to provide a rapid response to attack and appear to have done exactly that in this case.

While the horror of what has happened can’t be denied, the response was incredibly rapid. The suspect was tackled extremely quickly and the area locked down at great speed. This incident shows why the threat level in the UK has been rated as “severe” for some time now—meaning that an attack is highly likely but that there are no details about how, when or where the attack might take place. Details are still emerging but most are in agreement that the police reaction was rapid and worthy of high praise.

David Lowe is a Principal Lecturer in Law at Liverpool John Moores University. This article was originally published on The Conversation. Read the original article. 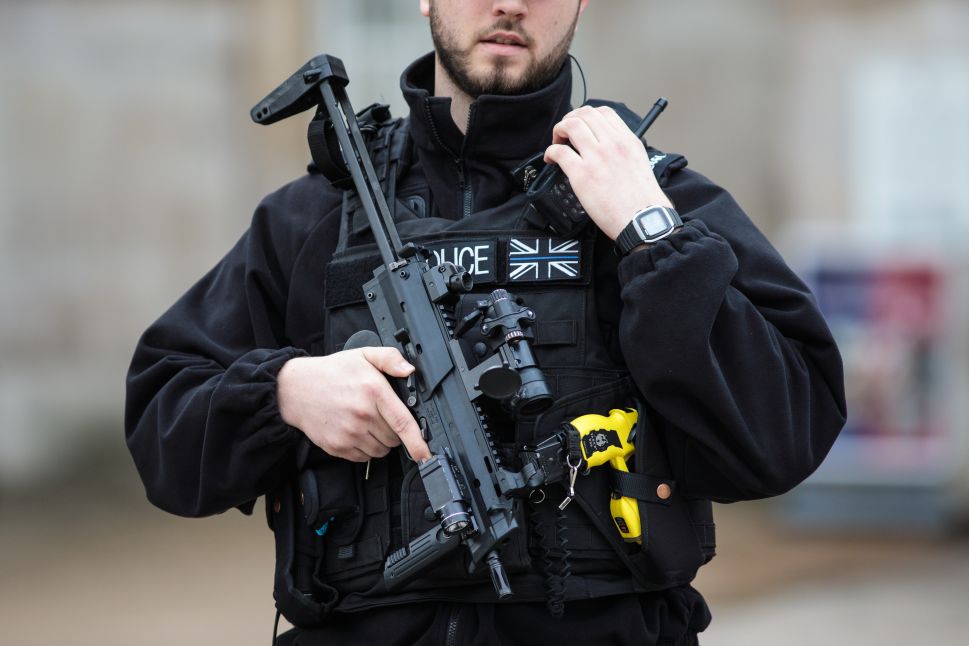