London today is the hell at the end of the road that the West continues to travel down like a man possessed, unable to change his fatal trajectory. A terrorist struck at the very heart of European civilization today – what remains of it, at any rate – by targeting the Houses of Parliament and Westminster Bridge, killing three people and injuring at least 20 others in a stabbing-and-car-ramming attack at the height of rush hour in one of the busiest areas of London.

These kinds of attacks have become par for the course in Western Europe. In fact, the lesser ones, such as the recent Paris airport attacker who came ‘to die for Allah’ and reached his goal miraculously without taking any innocent bystanders with him, barely capture the media’s attention. The ‘holy war’ Turkey recently mentioned to Europe in menacing tones has been ongoing for years, but only one side is fighting in it.

The road to hell began with the invention of the false dichotomy between “good terror” (anything committed against Israel by Arabs) and bad terror (against the West). Every time the West was hit by terrorism, Israel hoped that it would finally understand Israel’s predicament. It hoped so after 9/11, the Madrid bombings in 2004, the London bombings in 2005, and the Paris massacres by ISIS operatives in Paris in 2015. At this point, most Israelis no longer expect any understanding. Israelis have understood that this false dichotomy has devolved—with terrifying swiftness—into the current denial-driven, culturally suicidal idea that there is no politically motivated terror, only isolated incidents of random mental illness.

I lived in London just before the Second Gulf War. All the newspaper stands blasted headlines warning of impending possible terrorist attacks and a palpable fear was in the air. However, when those warnings did materialize in 2005 with the terrorist attacks on the London underground and bus transportation system, it brought no clearing of the fog clouding the vision of European decision makers. They simply doubled down on the narrative of apologism, according to which Islamic terrorism has nothing to do with Islam. Here Europe is, twelve years later and none the wiser for all its tragic experience of terrorism and the pointless losses of thousands of innocent lives, another terrorist atrocity added to a growing list that shows no signs of abating. On the contrary, the fear is that returning ISIS fighters will only turn up the heat on European metropolises.

Israeli terrorism experts have warned Israelis planning a visit to the European continent for the upcoming Passover holidays in April that there is a threat of a chemical or biological weapons attack there. Israel is particularly concerned that ISIS fighters returning to Europe could carry out large-scale attacks. According to a recent news report, in Sweden alone, 150 ISIS fighters have returned and are apparently walking around freely. One Swedish minister’s response to this was to declare on national television that Sweden should help integrate these Islamic State fighters back into Swedish society. Turns out that the road to hell really is paved with good intentions.

Meanwhile, Islamic terrorists everywhere must be laughing and rightfully so. The very idea that ISIS terrorists would want to become “integrated” into Western society, which they condemn as un-Islamic and want to undermine and destroy in order to bring about the caliphate (an Islamic state), where Sharia law will reign supreme, is ludicrous. However, it reveals the staggering ignorance in combination with a willful blindness to the facts on the part of too many European politicians.

No matter how much European politicians wish to deny the facts, their citizens can rightly be said to be living in a state of terror that is untenable, when combined with a refusal to acknowledge the enemy. As an Israeli, I live in a country where Islamic terror used as warfare on a civilian population is an everyday occurrence. Unlike Europe, however, the government takes that terror seriously and recognizes the enemy behind it. Europe refuses to acknowledge that there is a war, let alone an enemy. No one ever won a war without acknowledging the enemy. Europe can only lose.

Not even Dante could have invented the inferno at the end of the road that Europe has chosen to take. It will only evolve into even more atrocities – that has been the trend all along – especially if or when chemical weapons enter the equation. Unlike Dante’s inferno, however, this one is taking place among the living – and it is largely self-inflicted. 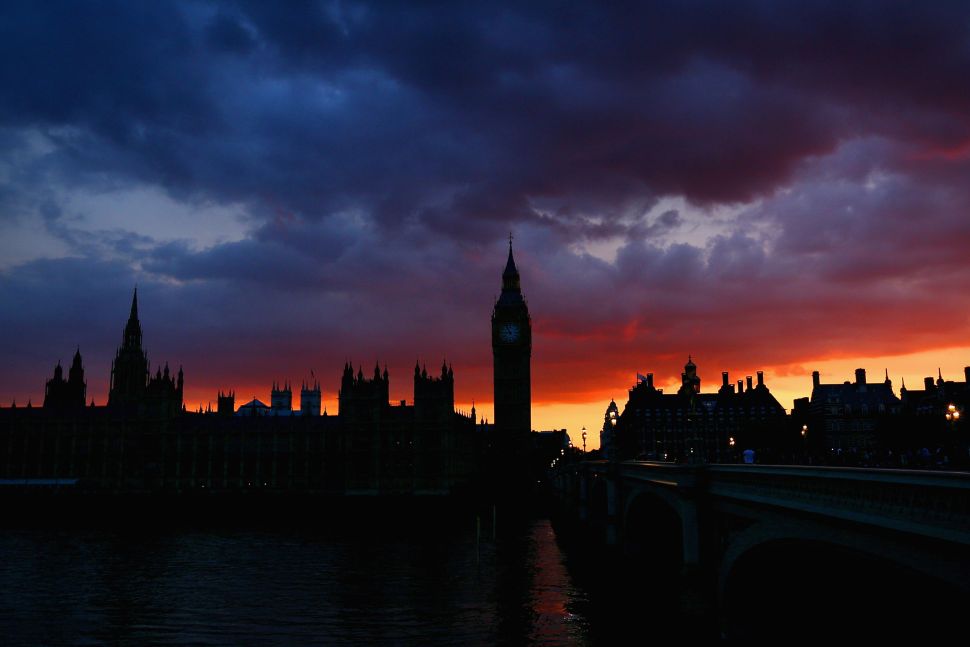