🎶Tale as old as time…🎶 #EmmaWatson looks stunning in the iconic yellow dress, #BeautyAndTheBeast fans! Click the link in our bio to see 8 other enchanting, exclusive photos from #Disney's live-action remake. 🌹📷: Laurie Sparham/Disney

A post shared by Entertainment Weekly (@entertainmentweekly) on Nov 2, 2016 at 10:34am PDT

The live-action remake of Beauty and the Beast opens on Friday, and it seems like everyone is eager to see Emma Watson’s take on the Disney classic…especially due to the press tour and promotion for the film.

There were differences from the cartoon original, of course. Watson was adamant about some, including her attire and iconic yellow gown—you’ll notice the corset is gone.

The canary colored dress is a Disney princess staple, as well as the theme of many a child’s (or adult, TBH) party. Indeed, it looks like even Madonna was inspired by the classic gown this weekend as she celebrated the Jewish holiday Purim.

Sometimes you just have to take off the mask and confess! 💛🐗😇🎉😂🙏🏻 Thank you @jr

Madonna is a dedicated Kabbalist, dating back to even before the early aughts when it felt like every celeb who could get their hands on a red string bracelet espoused the Jewish mysticism.

But back to this weekend, when in typical Madonna fashion, the entertainer went all out for her Purim costume.

At a London party, the star shared multiple photos on her Instagram account in which she wears a shimmering yellow dress reminiscent of Belle’s iconic apparel.

But Madonna didn’t take her cues solely from the female lead in the film—she also put on a mask, so that she could truly be both Beauty and the Beast.

Because of course Madonna manages to incorporate both sides of the film into one costume. We’re already predicting many imitations this Halloween… 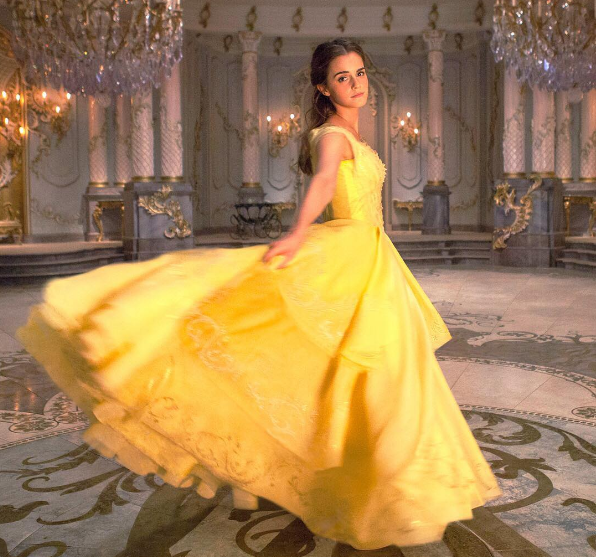