Most intelligent people can watch a movie and recognize that much of what’s being depicted is not real. Car chases don’t work like that. Romances based on lies will fail. Val Kilmer isn’t a leading man.

But for some reason, despite knowing that Hollywood takes liberties with physics and storytelling, one Hollywood depiction seems to be taken at face value: guns.

The latest misrepresentation about guns from the mainstream media revolves around “silencers.” In movies, James Bond or Jason Bourne attach a “silencer” to a gun and are instantly able to shoot anyone without being heard. The gun makes a quiet “pew” that seems to only exist so the audience knows it was fired. Anyone else in the house—or even the room—wouldn’t know a gun went off.

We’re taught in writing classes to “write what you know,” or, at the very least, research what you don’t know so that you end up knowing it. If the mainstream media took that to heart, then we’d never see articles about guns again.

For months now, the media have been complaining about “silencers,” suggesting that the National Rifle Association’s push to make them easier to acquire will turn mass murderers into movie assassins capable of killing many without anyone hearing a sound. In a Washington Post article from January, the author responds to actual data and science showing that “silencers” don’t actually silence by discussing speculation from gun-control activists that suppressors are getting quieter and discussing YouTube videos that show them to be rather quiet.

Sean Davis of the Federalist, who, along with Stephen Gutowski of the Washington Free Beacon, appear to be the only journalists at non-blog media outlets who actually own and/or use firearms regularly, has pointed out the fallacies of the Post and activists’ arguments.

Davis noted that YouTube videos can’t possibly depict an accurate gunshot sound due to the limitations of recording devices and computer speakers.

Further, the Post described a .22LR semiautomatic rifle as “high-powered,” but Davis (as well as a quick trip to the ol’ Google), show that this firearm is anything but “high-powered.” That was clearly a scare phrase used to make the gun seem deadlier in order to make its quieting seem more dramatic. This firearm is best used for small game like rabbits and squirrels. In theory, it could be used to take down something larger, but one would have to have spot-on aim to hit the target in right area.

But we’re talking about sound here.

“To put things into perspective, the sound of firing an unsuppressed AR-15—the most popular rifle platform in America—is approximately 165 decibels, or dB. A jet engine from 100 feet away is approximately 140dB,” Davis wrote. “The federal Occupational Safety and Health Administration bans employers from exposing employees to 115 decibels for more than 15 minutes per day without providing them sound mitigation or hearing protection measures.”

The Post did note that a suppressor could “reduce the decibel level of a gunshot from a dangerous 165 to about 135” and also noted that’s the sound of a jackhammer.

Can you hear a jackhammer? Of course you can.

Just because the sound is reduced doesn’t mean people won’t be able to hear it, as the media is currently arguing in an attempt to mock the NRA and gun owners yet again. For example, The New York Times editorial board wrote an article last week titled: “Echoes of Gunfire Hurt Tender NRA Ears.”

The article begins by misrepresenting the number of gun deaths in America each year. There are more than 30,000 gun-related deaths each year—but two-thirds of those are from suicides. Does anyone think a person wanting to commit suicide is going to be stopped by lack of access to a firearm?

The Times goes on to deride the NRA and congressional Republicans for supporting a bill called the Hearing Protection Act, which aims to make it easier to purchase suppressors. Presently, it’s more difficult to purchase a suppressor than it is to purchase the actual gun, due requirements in the National Firearms Act. Those wanting a suppressor must pay $200, and complete paperwork for the Bureau of Alcohol, Tobacco, Firearms and Explosives. They then must wait about eight months for approval, since the ATF is swimming in these requests.

Back in February, the Washington Post leaked an internal memo from the ATF, in which Associate Deputy Director Ronald Turk suggested suppressors be deregulated because they aren’t actually being used in crimes. Just 44 shooters have been prosecuted while using a suppressor each year for the past decade. Is that number too high? Of course. Did the suppressor mean no one heard the gun shot? Absolutely not.

“Consistent with this low number of prosecution referrals, silencers are very rarely used in criminal shootings,” Turk wrote. “Given the lack of criminality associated with silencers, it is reasonable to conclude that they should not be viewed as a threat to public safety necessitating [National Firearms Act] classification, and should be considered for reclassification under the [Gun Control Act].”

Gun-control activists have said that this low number shows the current regulations have kept suppressors from being used in crimes. That’s a reasonable argument, but more likely is that most guns used in crimes can’t even use a suppressor. Handguns account for the majority of gun-related deaths, and there are very few that can have a suppressor attached.

Going back to the hearing argument, using earplugs and over the ear protection together will do as much to lower the sound of a gunshot for a hunter or target shooter as a suppressor, but will still put them in prime territory for hearing damage. Adding the suppressor to that ensures they don’t lose their hearing.

Suppressors also make sense for people who use guns for home protection (although, since many guns used for protection are also handguns that can’t use a suppressor, this point is limited). Should a person use a gun that can accept a suppressor for home protection, then the suppressor makes sense—because in a home evasion, one doesn’t have time to go searching for and equipping hearing protection before firing their gun at an intruder (who may also have a gun).

But the media wants to ridicule gun owners and the NRA, so they’ll continue to misrepresent valid arguments. At least in this instance, the Washington Post’s own fact checker debunked the claims of gun-control activists.

This isn’t the first time this has happened, and it certainly won’t be the last. The media has previously opposed the term “modern sporting rifle” even though it’s a perfectly legitimate name for the firearm (since no one is selling them to “assault” human beings). During the 2016 election, Hillary Clinton blatantly misrepresented the Supreme Court Heller decision, but only right-leaning media outlets called her out on it. Clinton also suggested we look to Australia’s gun buyback program (which was a mandatory confiscation program) here in the U.S., but the left-leaning Politifact claimed the NRA was wrong in pointing out what Clinton said.

Then there was the deceptive editing from Katie Couric, who inserted a non-existent pause in her gun documentary to make gun-rights activists look like they didn’t have an answer to one of her questions. In reality, the activists immediately had an answer, and produced their own recording of their interview with Couric to prove it.

Davis of the Federalist has an additional seven myths about guns the media routinely pushes, including the claim that the Second Amendment only applies to muskets (that would be like saying the First Amendment doesn’t apply online because the Internet didn’t exist when the Constitution was written) and President Barack Obama’s repeated claim that a gun is as easy to buy as a vegetable. 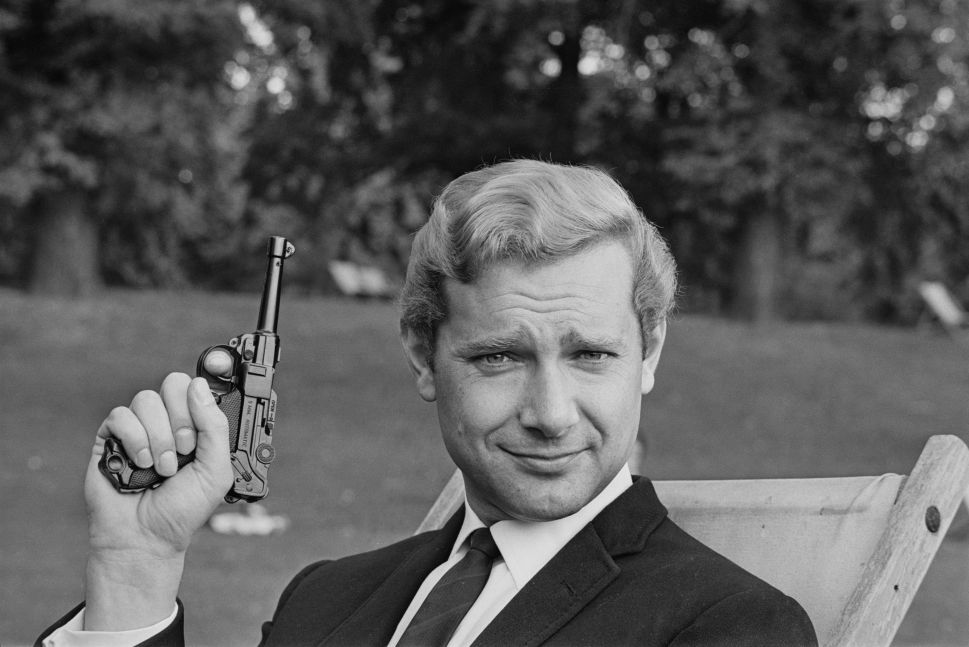