The death of former IRA commander Martin McGuinness has divided opinion in both the UK and the Republic of Ireland. To some he was a hero who fought back against the oppression of the British. To others he was a cold-blooded murderer who will rot in hell.

In truth, McGuinness was both a criminal and a catalyst for peace. Anyone examining his record will see his claims about his terrorist past were thoroughly dishonest. His statement that he was never in the IRA was rightly mocked as ridiculous—not least because he had openly admitted it so many times.

I cannot imagine how hard it must have been for those families who lost loved ones during the troubles to see those responsible walk free from prison. Like McGuinness himself, many of these killers showed no contrition at all. Their early release meant they served small fractions of their prison sentences.

But, the Good Friday Agreement worked and ended a 30-year long terrorist war that had claimed the lives of 3,500 people (with nearly 50,000 injured). The terrorists only walked free if they committed to the peace process, and some have been returned to prison for breaking it.

For decades it appeared there could be no peace because one side wanted Northern Ireland to unite with the Irish Republic and the other side wanted in to remain in the UK. In truth, the British and Irish governments care more about peace than they do about which of them rules the province. And in the end they were able to persuade the terrorists to (nominally) share this view.

In January the Northern Irish government collapsed because of a stupid decision by the DUP to implement a green energy scheme that will cost taxpayers $700m. Think about that for a moment: the problem was not that a Catholic priest had been murdered, or a police station had been blown up—it was a normal political cock-up just like those faced in every other country.

This is a testament to McGuinness; the peace process relied on terrorists putting down their weapons and going into government. By definition, terrorists have backgrounds of violence and bigotry. In Northern Ireland, the terrorists were the key to ending the violence.

Today, we are so used to Islamic jihadists attacking civilians for no obvious reason other than pure hate. McGuinness did not enjoy killing, but he was willing to do it to forward his agenda. Once his agenda was better served by peace, McGuinness was quick to negotiate.

In 1968 Catholics marched because of poverty, discrimination and unemployment. The IRA’s campaign to bring Northern Ireland into the Republic exploited this. But there are two sides to this coin. Just as discrimination turned Catholics into Republicans, so did peace and human rights turn them into unionists.

Northern Ireland’s place in the United Kingdom was secured by Martin McGuinness. It’s not the outcome he wanted, but I’ll mourn him for it nonetheless. 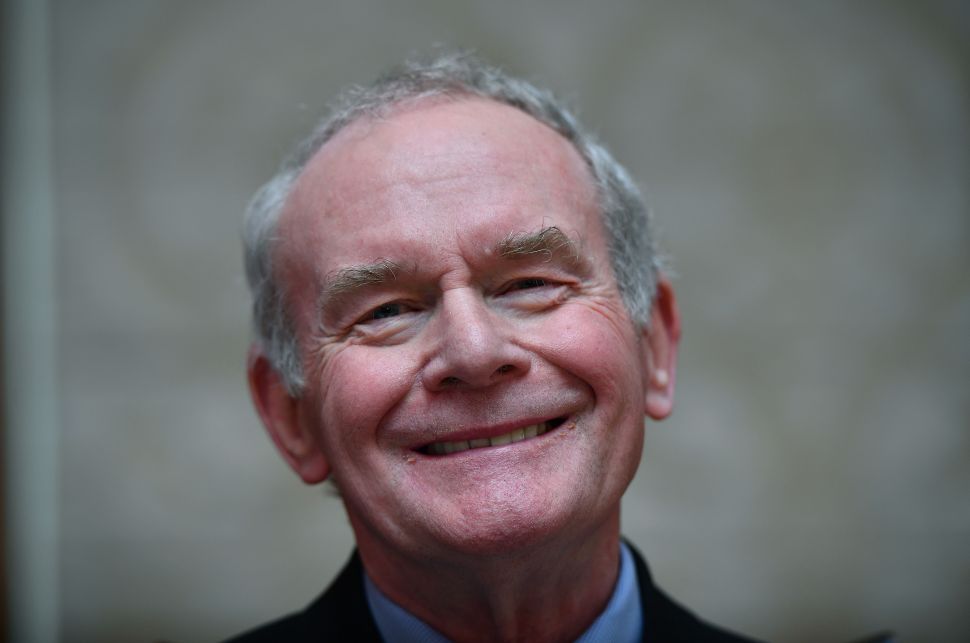