Is Ronald McDonald part of the resistance?

The internet was abuzz Thursday morning when the Twitter account for McDonald’s corporate office tweeted out a message to President Donald Trump:

The verified account, which usually just tweets out fun holiday greetings or messages about staying cool with a McCafe, pinned a presidential insult to the top of its Twitter feed for a good five minutes.

An admin finally deleted it—but not before the internet had screenshot it for posterity:

If you missed the last 30 minutes, McDonalds is now in a feud with Trump because it's 2017https://t.co/3YxStQEtZ2 pic.twitter.com/sBlRXvnWI0

at first i thought this was your classic "employee mistakenly tweets from corporate account" scenario. then McDonalds pinned the tweet pic.twitter.com/B9qj9HzXnm

One of the McDonald’s corporation’s main jobs is getting people to invest or franchise with the Golden Arches. Looks like that job just got more difficult.

“We deleted the tweet, secured our account and are now investigating this,” the fast food giant said. 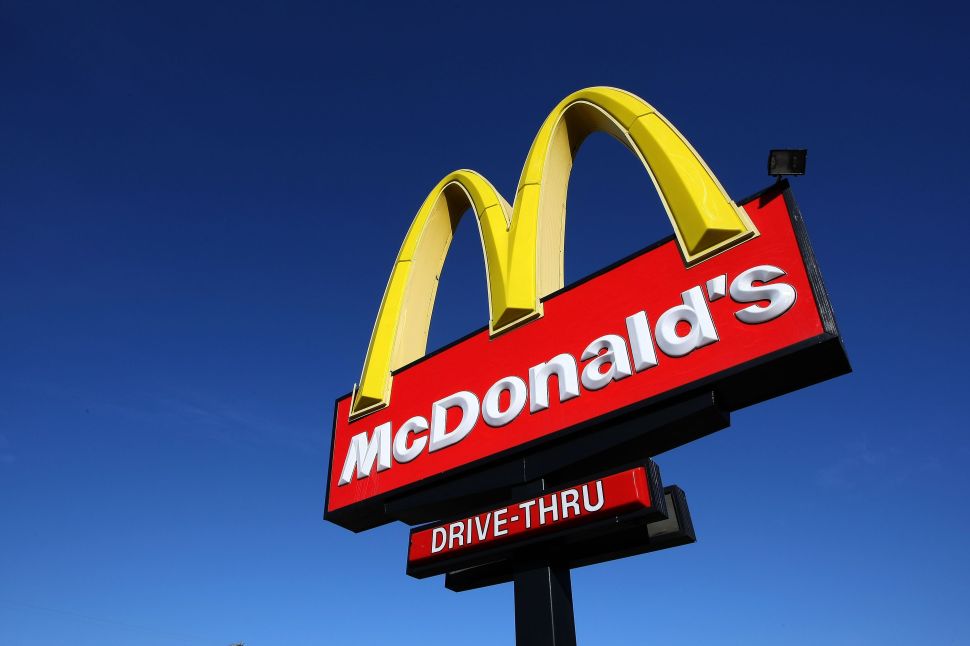