In 2011, I worked at the Los Angeles–based start-up Machinima.com, a pioneering video network on YouTube. During my time there, our audience gaming fans were watching over four billion YouTube video views a month. Yes: four billion. We were in the middle of the online video revolution on YouTube. Even Google—who owns YouTube—invested in our company. We were on the cutting edge. In late 2016, five years after I left, Warner Bros. acquired the company for $100 million.

Our YouTube videos often featured people playing popular video games like Call of Duty and World of Warcraft. These gamers would play, tell funny stories, or narrate their gameplay and then upload their videos to YouTube. It’s amazing to think that most of our video gamers were under the age of 25, some still living at home or working at day jobs they hated. Although we thrived in gameplay, Machinima also produced videos around events like E3 and Comic-Con and created things like live-action zombie series and animations.

Concurrently, in the summer of 2010, one game was becoming an Internet obsession: Minecraft. If you are a gamer or have kids, you know of Minecraft. And if you follow the business of tech or gaming, you know that Microsoft acquired Minecraft in 2014 for $2.5 billion dollars. Minecraft is a PC-based “sandbox” game and, in 2010, was on the cusp of becoming a global phenomenon. If you’re not familiar with it, think of Minecraft as digital Legos: you play in an online world where everything appears as 3-D building blocks. Gamers have activities where they explore, gather resources and craft their way through different worlds. In the game, a player runs around as a block character interacting on different maps and worlds.

Back then, the developer of Minecraft, Markus Persson (AKA “Notch”), lived in another realm, building the game at his house in Sweden. His company, Mojang, published the alpha version in 2009. By 2010, the game started to explode in usage. By 2013, 70 million people played Minecraft, and its revenue was at a staggering $200 million. Notch has since moved to Beverly Hills, California, but when Minecraft was first created, it was a scrappy startup based in Europe.

At Machinima, we played Minecraft in our office with Notch back in February 2011, just as it was catching on like wildfire. Minecraft had originally debuted as a downloadable game and had no money for its marketing budget. It had only five worlds to explore and was a single-player game. Minecraft was still in its alpha phase, playable to the community but buggy and not completely finished. How did this all work?

Build with your community

Minecraft became a gaming giant because Notch built the game with his community. As he recalled, “It’s a weird way of making a game. You just put it out and keep working on it as you’re making it…I tried to make sure it’s clear ‘This is not the game [that the buyers will see].’ I’m just working on it, and you can play it while I’m making it.” But still, he found his early adopters, and they made the game better. They reported bugs and, more importantly, created “mods,” which were new worlds, characters and items for gamers to play with inside Minecraft.

One of Notch’s best moves, even if he didn’t realize it at the time, was releasing the game to the “right” early adopters within the gaming industry. Early adopters with massive YouTube followings found the game and were captivated by it.  In that sense Minecraft struck gold—it reached influencers that any indie video game or lm creator would give anything to reach. These gamers were not reached through a PR firm; it was all organic. It was a secret, a cult game with a rabid following.

The early Minecraft gameplay creators were named SeaNanners, iHasCupquake and Yogscast, and they are the equivalent of rock stars in the gaming industry. The majority of the mainstream entertainment world hasn’t heard of any of these influencers, but if you’re wired into the gaming and YouTube ecosystem, you’ve heard of them. And if you’re a sixth grader and love Call of Duty, Minecraft, or any other trending video game, you definitely know of them by their gamer tags.

Minecraft was like a tech startup in its initial launch phase,  as its early community provided the initial growth and adoption. When you’re a startup with minimal budget and resources, word -of-mouth is the primary driver of usage. Whereas Facebook’s early users were college kids and Instagram’s were San Francisco techies, Minecraft’s early ambassadors were YouTubers who were hyper-famous in the gaming industry. Without these early adopters collaborating to make the game even better, we may have never heard of Minecraft, and the industry would have passed it by. Instead, the influencer economy launched the game to the world and revolutionized how games and entertainment properties will launch in the future.

Ryan Williams is a media strategist, international speaker and author of The Influencer Economy. He has given talks and taught at SXSW, Vanderbilt University, USC and Loyola Marymount. You can listen to Ryan’s podcast at InfluencerEconomy.com. 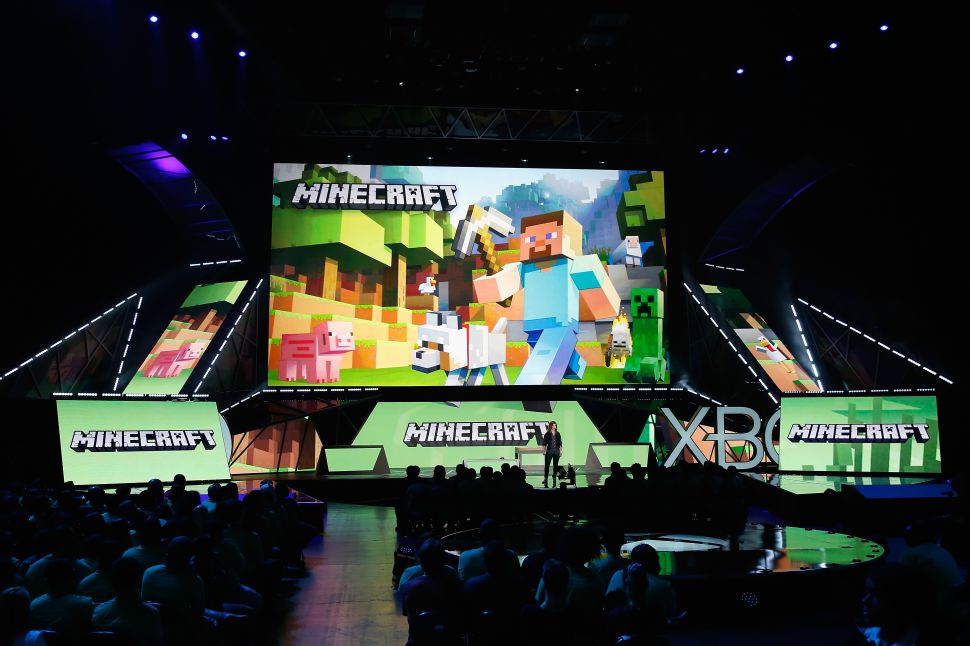