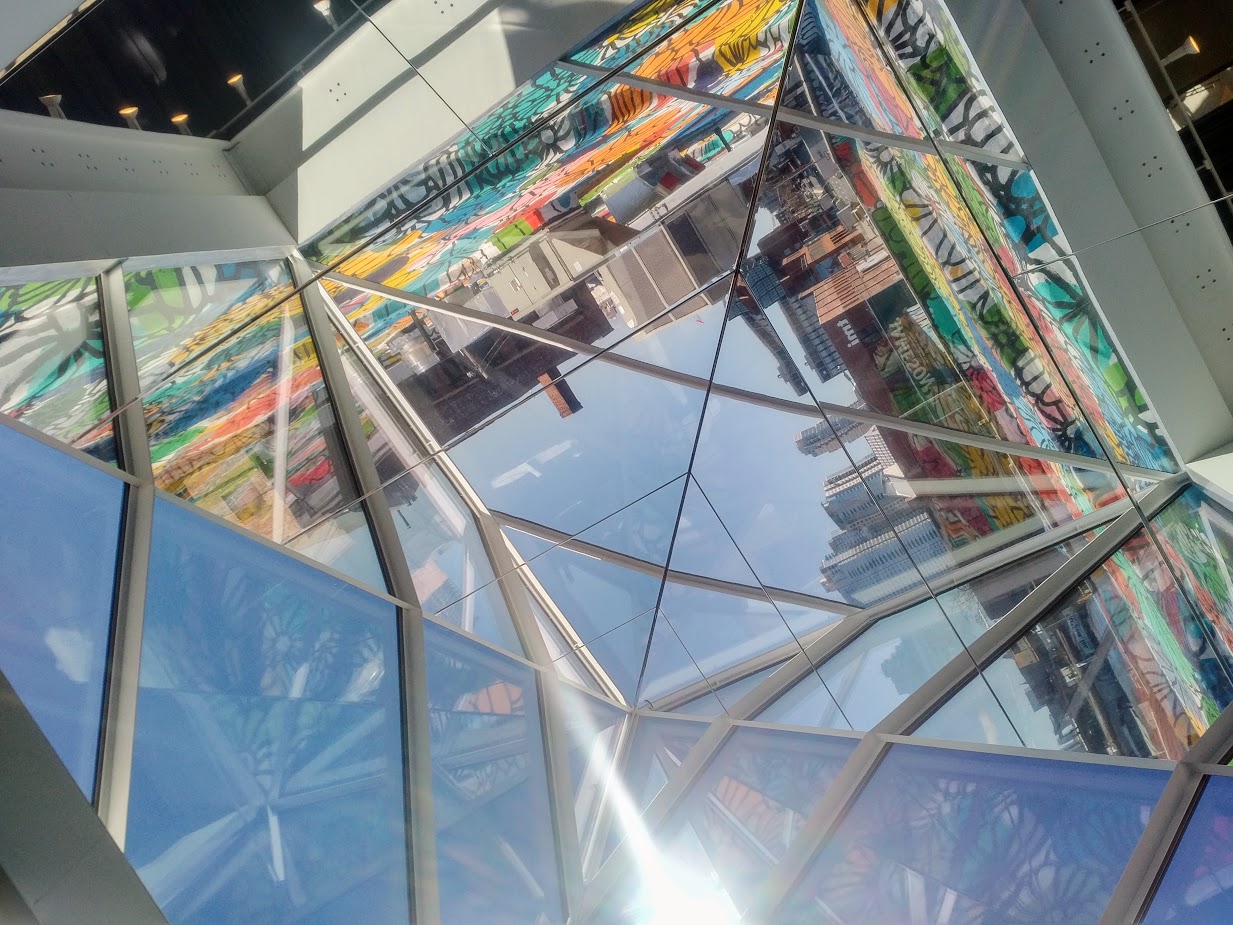 Above the main common area, the skylight has been made as a periscope that lets people who look up see out onto the Manhattan skyline.
Brady Dale for Observer 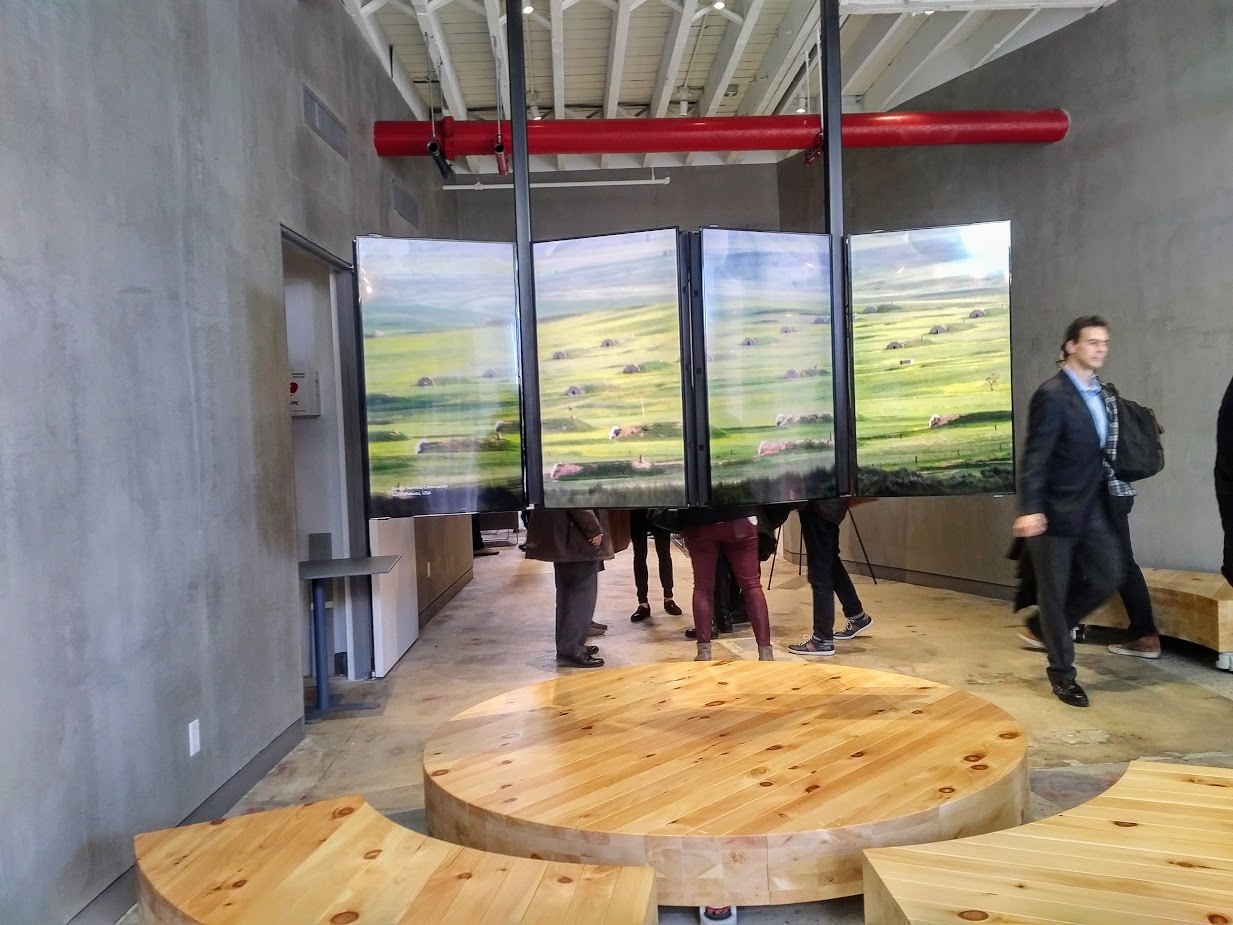 The space has lots and lots of LCD screens.
Brady Dale for Observer 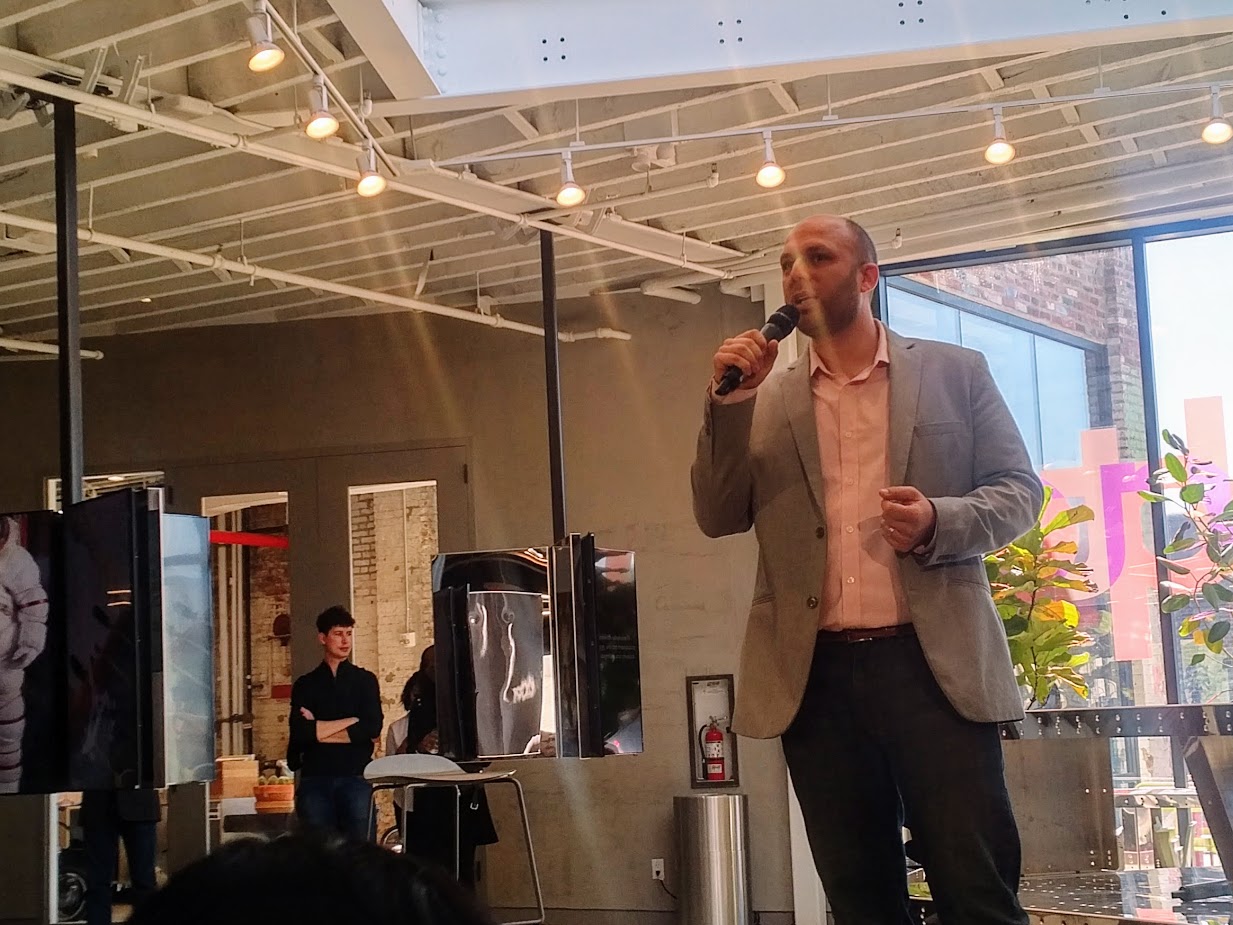 Micah Kotch is the managing director for Mini, at Urban-X. "I think we all have aspirations for what this city can be," Kotch said during his welcome.
Brady Dale for Observer 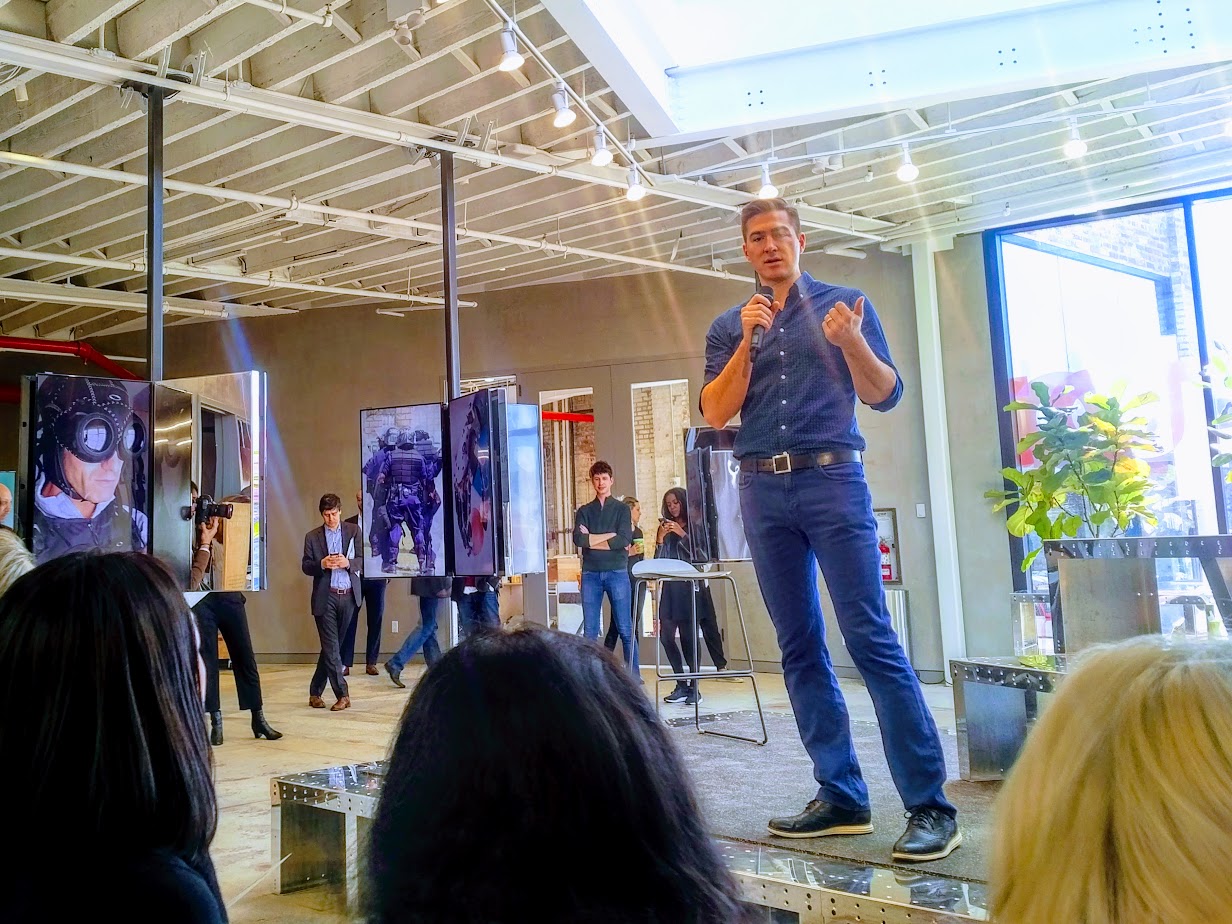 "Mini should not be the only beneficiary of what happens here," Nathan Pinsley, Managing Director of A/D/O, said during his welcome. "Above all, I want to get across to you guys that this place is a commons." Even non-members are welcome to do work and use the wi-fi in the same large general space where Thursday's program took place.
Brady Dale for Observer
Advertisement 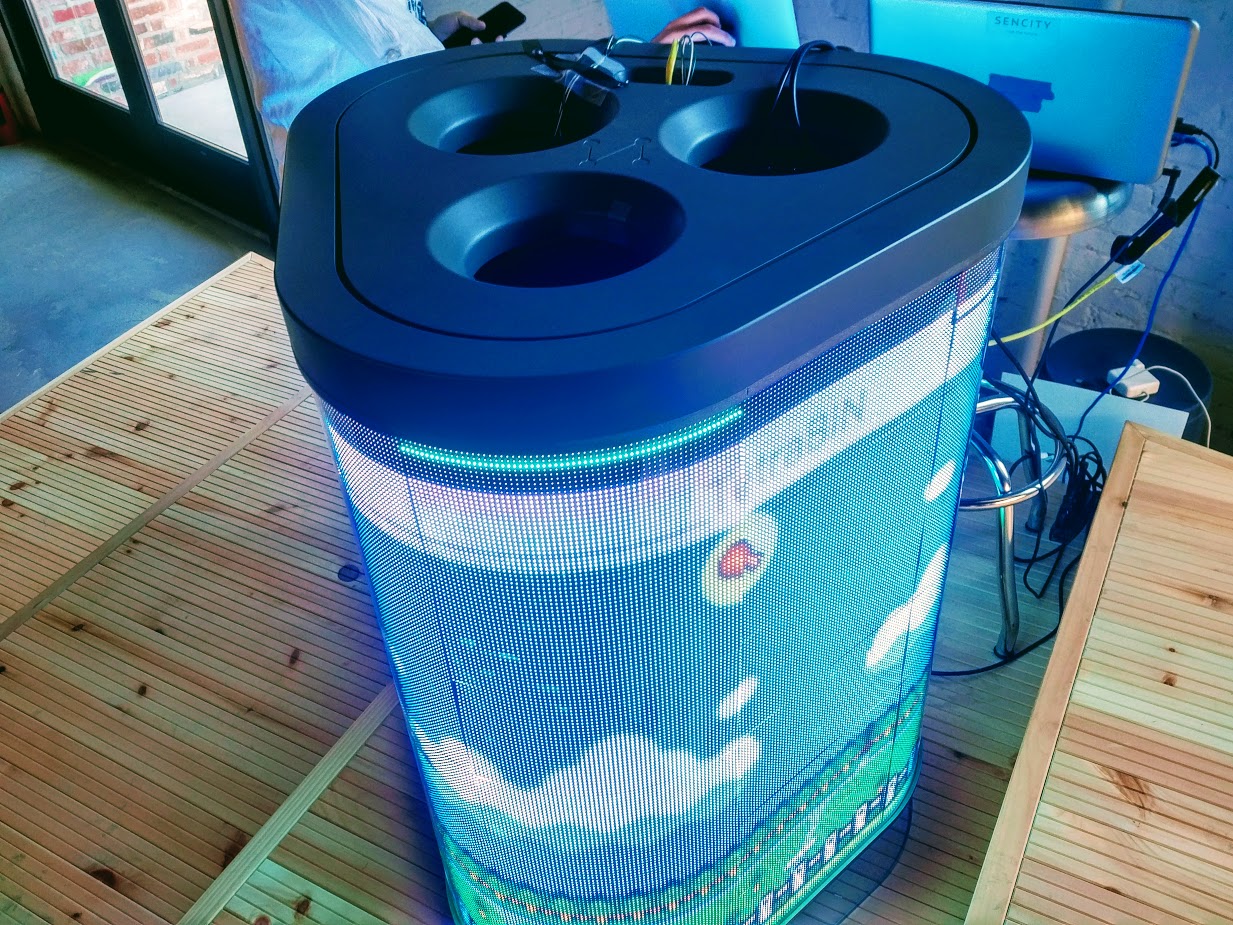 Garbage cans can be fun. A prototype interactive garbage can by Sencity, which designs receptacles to delight users. This version is set up for deployment at an amusement park or movie theater. Steven Bai, a co-founder, told the Observer that when they set out a prototype in Sydney, where the company started, kids were lining up to throw away garbage.
Brady Dale for Observer 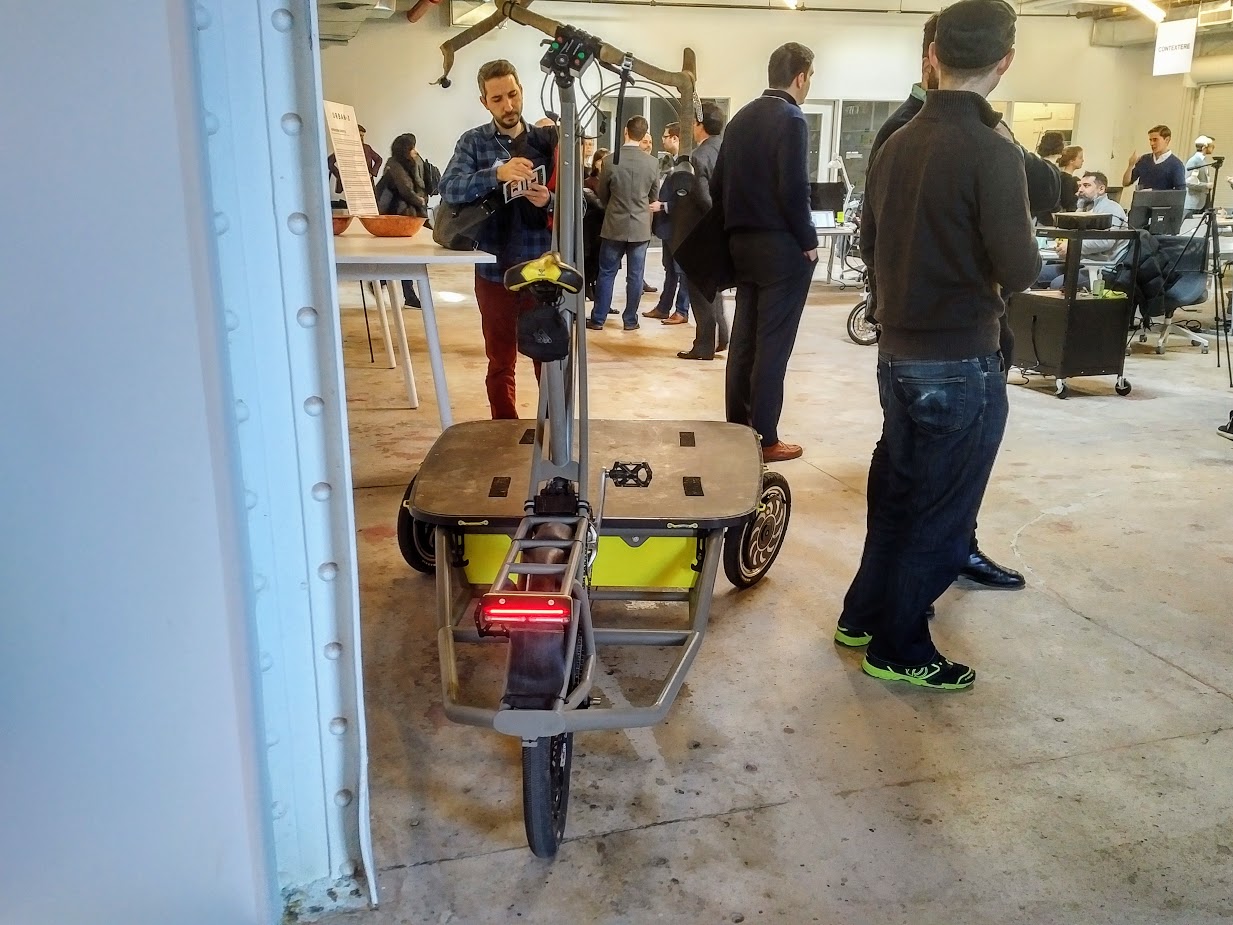 Upcycles is one of the companies in Urban-X's new cohort in the space. It makes human-electric cargo tricycles that can transport up to 500 pounds. Nick Wong, a co-founder who has been working on the bikes for the last few years, told the Observer "We produce these vehicles and currently we are figuring out how they could be used as a delivery service for our neighborhood." Wong's team has two prototype bikes and has focused on the food business, both wholesale delivery and catering.
Brady Dale for Observer 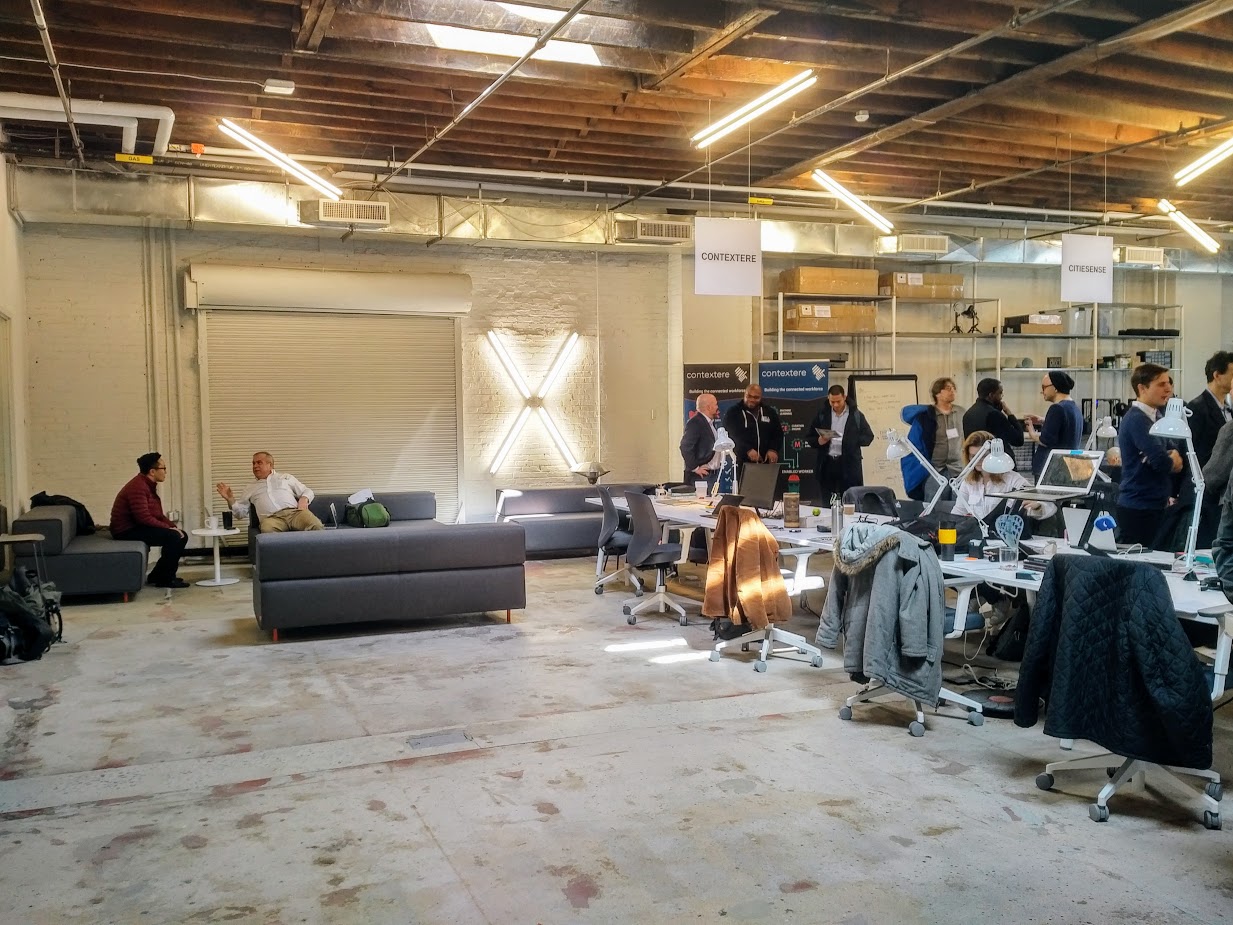 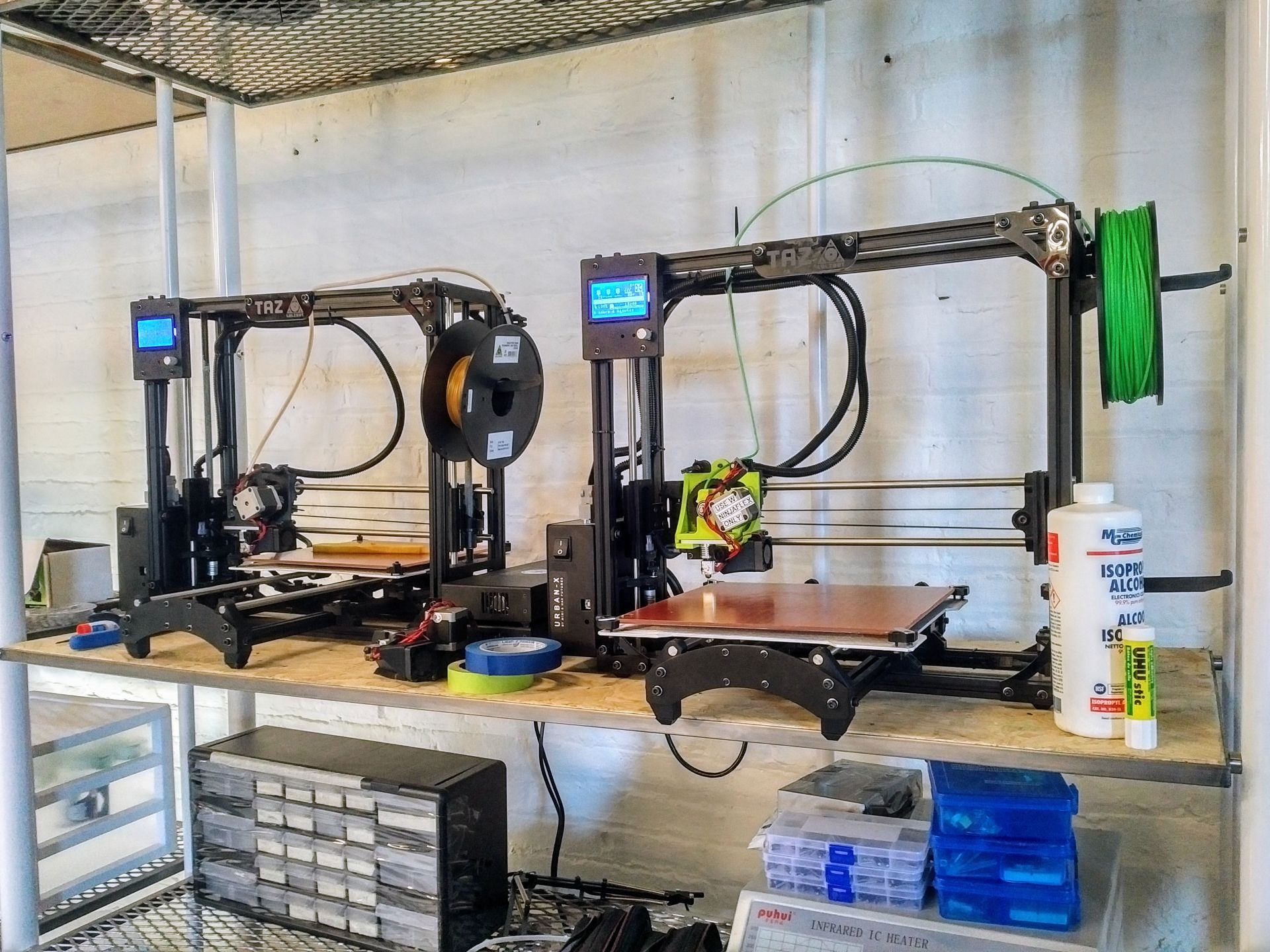 Every makerspace has to have some 3D printers. It is the law.
Brady Dale for Observer 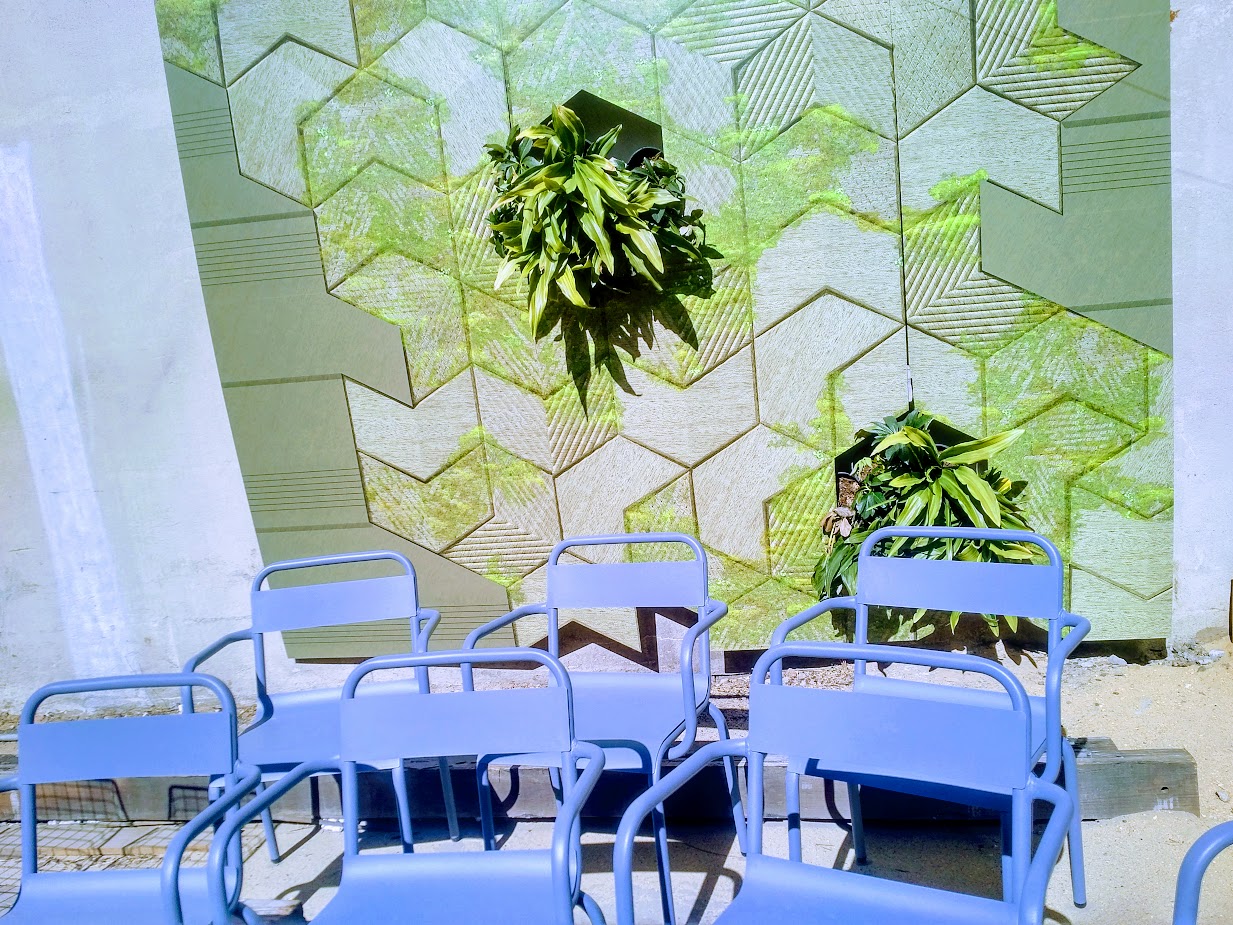 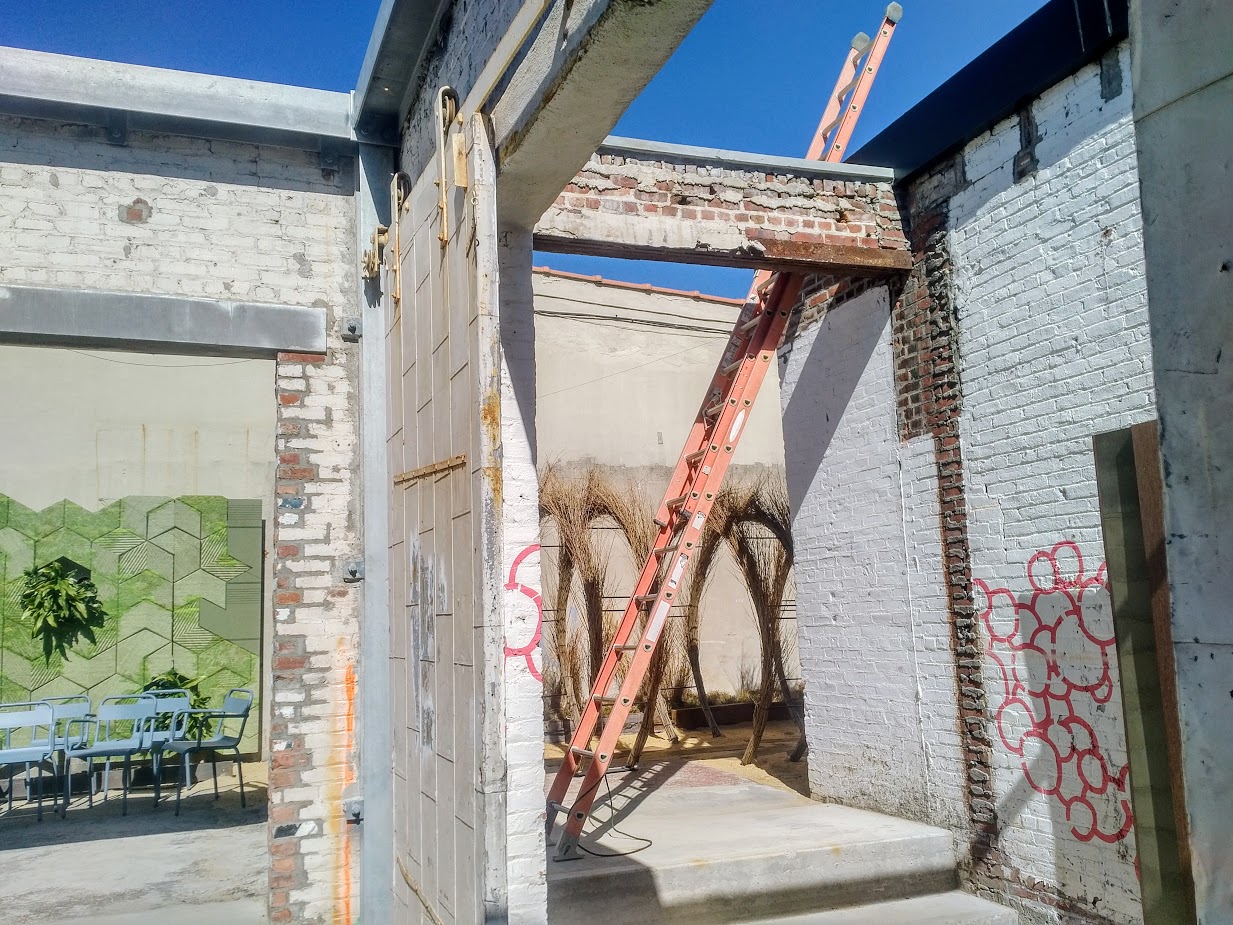 Another view of the outdoor hangout space, with another natural material installation in the background. This exposed brick/former industrial space look might take off yet.
Brady Dale for Observer
Advertisement 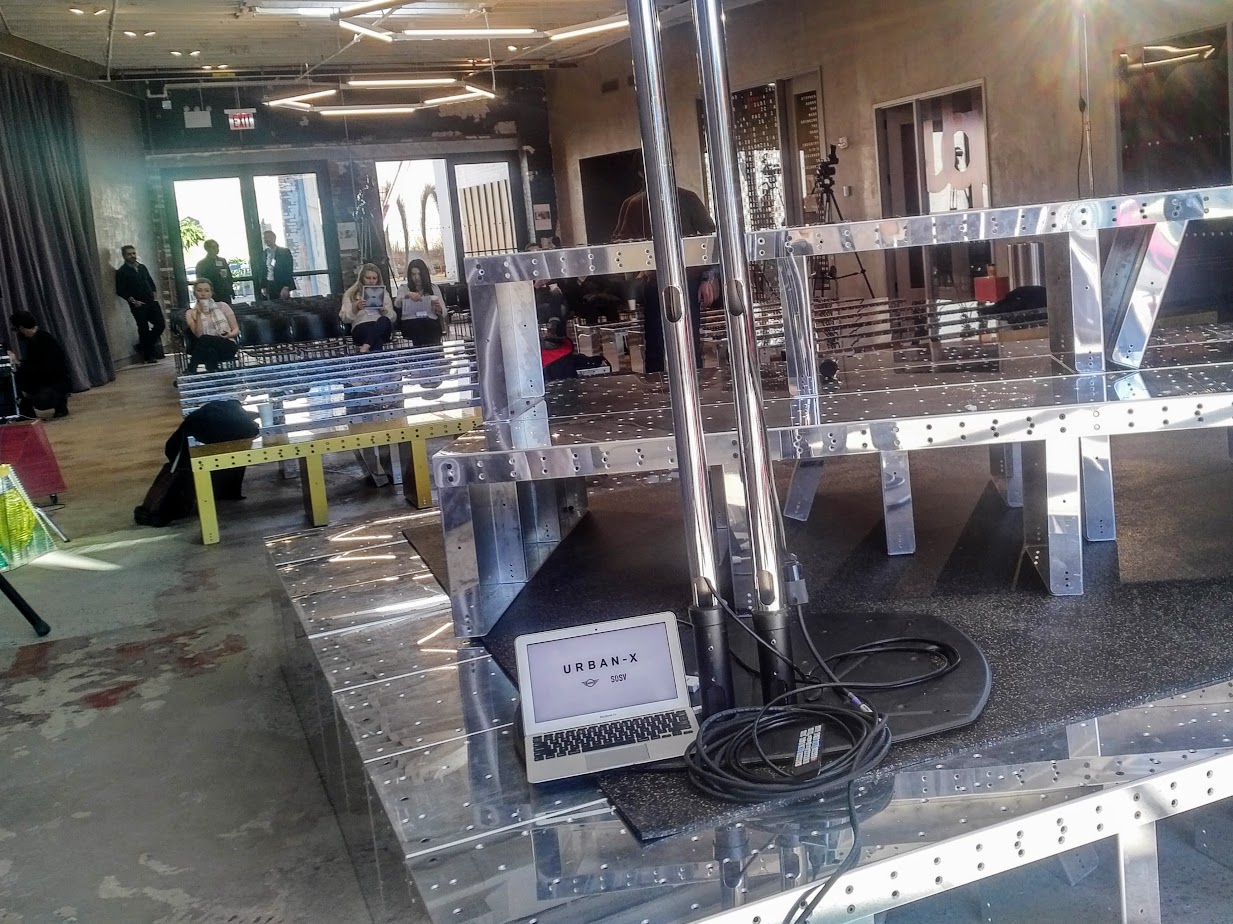 Quite a stage.
Brady Dale for Observer 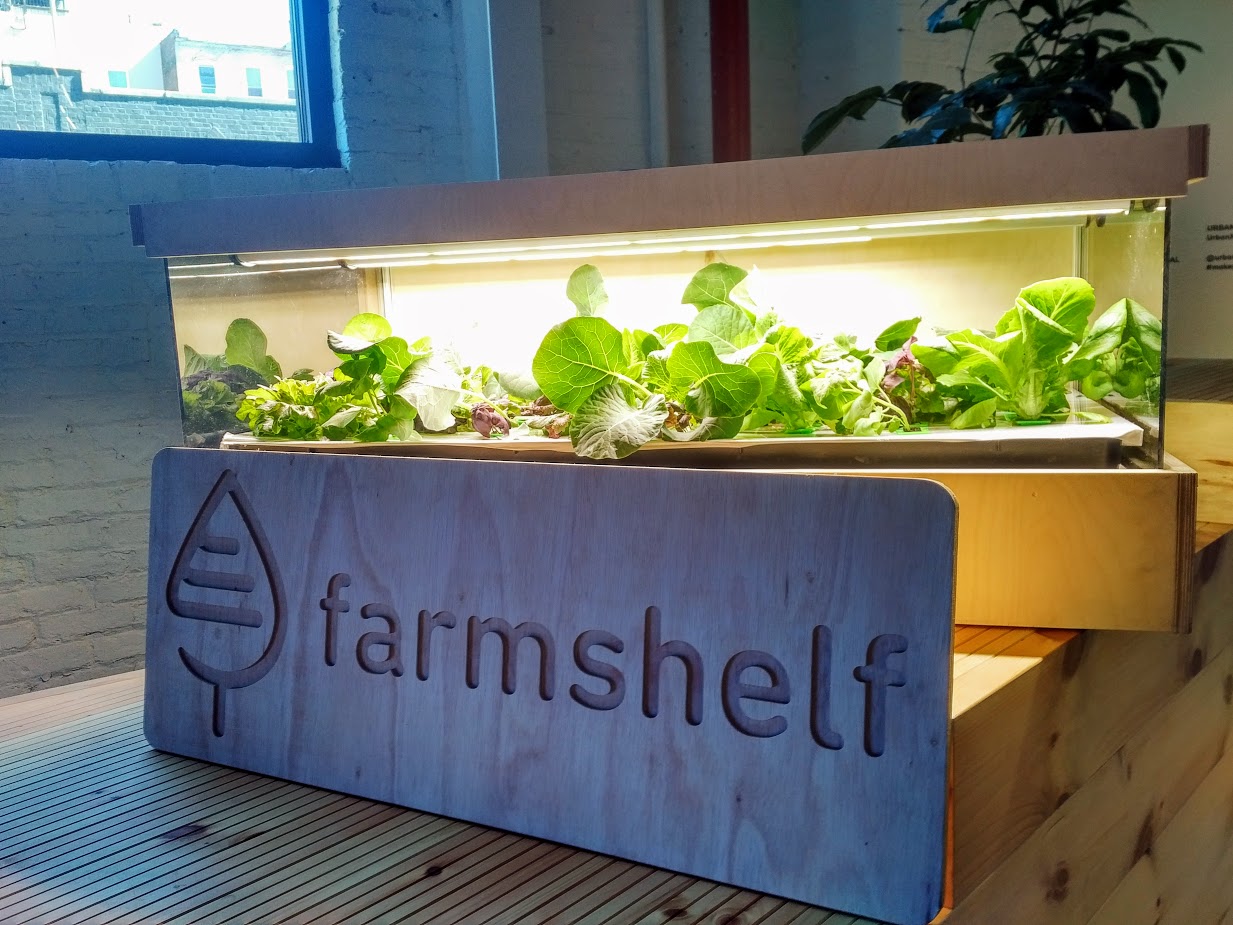 A demo unit from Farmshelf, which makes units for individuals and small operations to grow food indoors.
Brady Dale for Observer 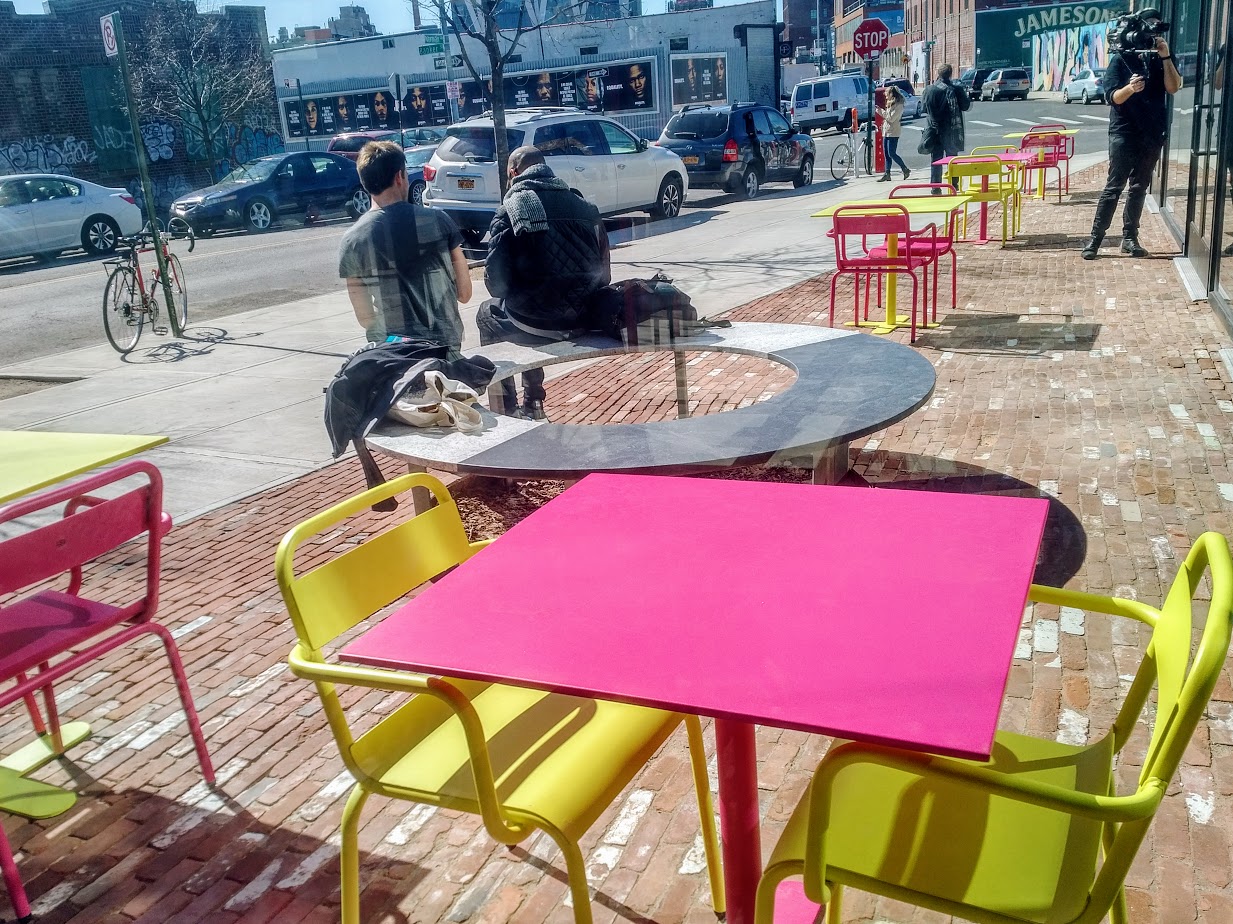 Tables on Norman Ave, presumably mainly there for the restaurant/coffee shop inside.
Brady Dale for Observer 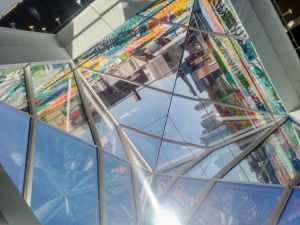 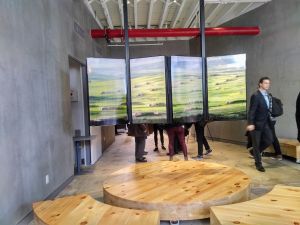 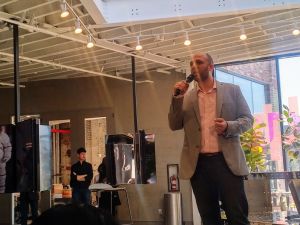 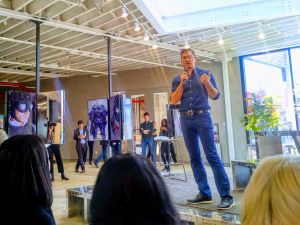 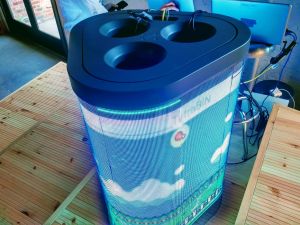 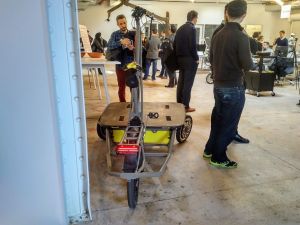 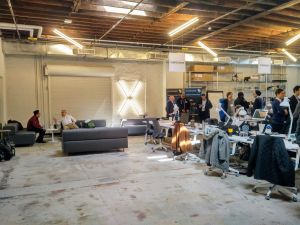 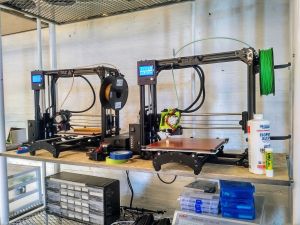 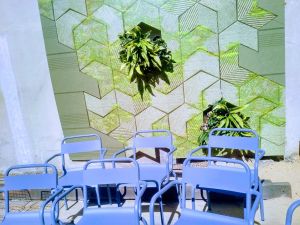 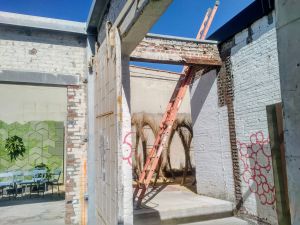 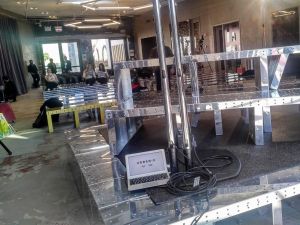 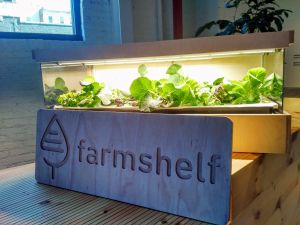 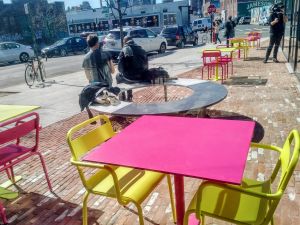 It’s only been operational for a few weeks, but Urban-X in Greenpoint is eager to welcome the community.

With Kickstarter leading the way with a HQ a little bit to the north, the new accelerator establishes Greenpoint now as an official corner of New York City’s tech scene. Urban-X occupies 5,000-square-feet of A/D/O, a 23,000-square-foot space devoted to “exploring new boundaries in design,” according to its website. The former industrial location had its grand-opening party today, welcoming well over 100 people from local tech, economic development and media organizations around the city.

The new facility has only been operational for the last several weeks. Urban-X is a shared venture between carmaker Mini (a BMW brand) and venture capital firm, SOSV which exclusively invests in companies that come through its eight accelerators all over the world. Accelerators are shared work spaces with shared resources (such as mentorship, equipment and contacts) that facilitate startups getting to market (or failing) more quickly. They frequently end in investments from the companies that back the accelerators. Urban-X will hold a demo day for this cohort in May.

Micah Kotch, of Urban-X, said during his welcome, “Really what we’re trying to do is increase their escape velocity.”