Argentinian polo star Nacho Figueras is regarded as one of the best polo players in the world, but may be known best as the longtime face of Ralph Lauren’s menswear and Polo Blue fragrance. At home, he and wife Delfina Blaquier are the parents to four adorable children, Artemio, Hilario, Aurora, and Alba, as well as a veritable zoo of animals.

While they have a obvious love for horses, a couple of unlikely creatures recently joined their brood. Enter Bonnie & Clyde, the adorable deer & lamb duo that galavant around the Figueras Polo Stables in Argentina. It began late last month when Bonnie entered their home unexpectedly. “New baby,” Nacho explained via Instagram in a video showing his wife feeding the small lamb (below). “Her mother had twins and wouldn’t feed both so here we are!”

New baby. Her mother had twins and wouldn't feed both so here we are! 🐑🍼🍼😀 #wearefigueras #family

Since then, they’ve added a fawn named Clyde to the gang, and the two have been inseparable from the family’s four children, so much so that Bonnie, the pint-sized lamb, now sleeps in the children’s beds. “Good night,” Mr. Figueras posted last night with the requisite emojis (below), showing his over 86,000 followers this unique new arrangement that has his kids too excited too sleep. 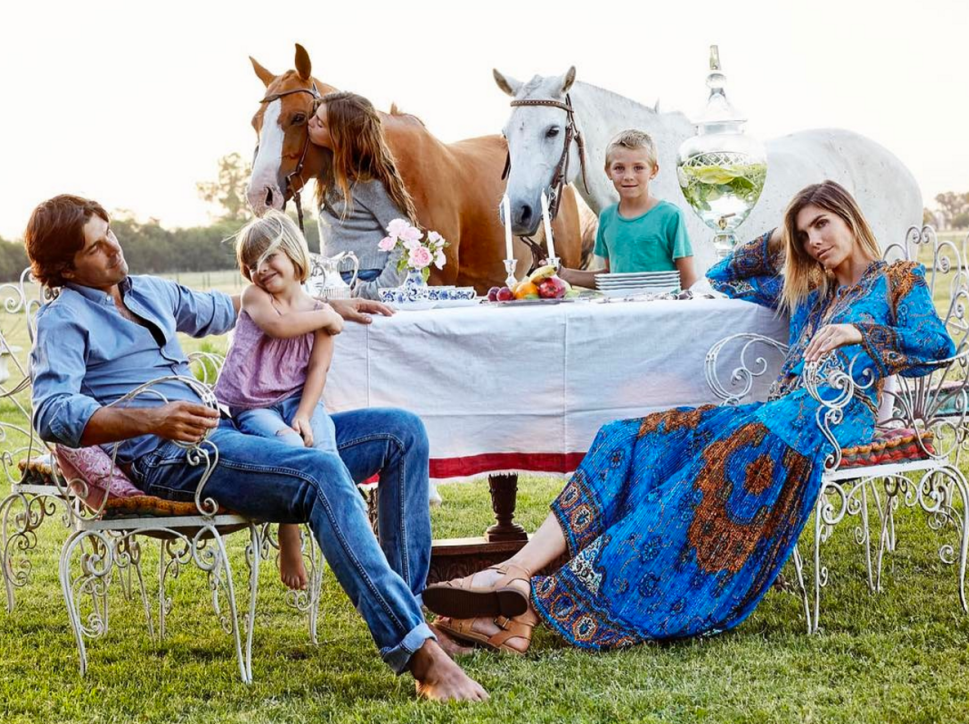