In 2013, polls found that House Minority Leader Nancy Pelosi was the best known—but least popular—congressional leader. Currently, her favorability rating is at 27.5 percent, which is lower than both President Donald Trump’s and the Democratic Party’s. Her re-election as House Minority Leader was the first of many messages from the Democratic establishment that no reforms would be conducted within the party after its devastating loss in November. The status quo prevails, and Democrats are stuck with Pelosi as a leading spokesperson for the Democratic Party.

Since December 2016, Pelosi has been criticized for saying in an interview that she doesn’t think the Democratic Party needs a new direction, despite the losses they’ve suffered recently. She held a town hall on CNN in late January in which she had puzzling claims, including blaming Trump for the crisis in Yemen and telling a millennial that wealth inequality can be solved by asking wealthy people to be more compassionate. In mid-February, Pelosi accidentally cited a parody Twitter account in a press conference about former National Security Adviser Michael Flynn’s resignation. During a press conference with the National Press Club in late February, Pelosi told reporters that she thinks Trump’s presidency might be a message from God.

On March 5, during an interview on CNN’s State of the Union, Pelosi continued to embarrass the Democratic Party by making outrageous claims and arguments. She refused to acknowledge Rep. Cedric Richmond’s sexist comments about Kellyanne Conway in a widely circulated White House photo. Instead she deflecting by talking about Trump’s misogyny and claimed that she didn’t have the facts about Richmond’s comments.

In the same interview, Pelosi claimed, “I think the press were accomplices in the undermining of our election,” in regards to the media covering the emails that Wikileaks released between the DNC and Clinton campaign Chairman John Podesta. Pelosi called the emails “worthless,” despite the fact that the email leaks were true and consequential. In August 2016, Pelosi held a conference call to introduce her strategy that Democrats will claim any future leaks are fabricated.

Pelosi is right that the media was a factor in the election—but not for the reasons she claims. Even before she announced her presidential campaign, the mainstream media favored Hillary Clinton. Calls for former DNC Chair Debbie Wasserman Schultz to resign for favoring Clinton in the primaries escalated before any DNC emails were leaked. Once those emails were revealed, Wasserman Schultz called MSNBC President Phil Griffin to stop the negative coverage about her.

Almost every major newspaper in the country formally endorsed Clinton in the primaries and general election. Additionally, most of them provided skewed reporting and editorials praising her centrist politics and sensationalizing the endorsements she received.

The mainstream media fulfilled the Clinton campaign and DNC‘s strategy of elevating Trump as a “pied-piper” candidate, giving Trump nearly $2 billion in free media coverage. In October 2016, Politico reported that 91 percent of evening news coverage on Trump was negative. In truth, the mainstream media couldn’t have done any more favors for Hillary Clinton and her campaign. The Clinton campaign and Democratic Party thought they could portray the Republican Party in such a negative light that Clinton’s candidacy would be embraced in a landslide. Instead, establishment’s hatred of Trump enabled his victory in the Republican primaries and general election. The mainstream media elevated two of the most unpopular and polarizing presidential candidates in recent history. Consequently, the public’s confidence in mainstream media has sunk to all-time lows.

Clinton’s election loss was the result of increasing resentment toward the status quo. The Russian election interference narrative is a public relations campaign that Democrats are employing to save their poor favorability ratings without making any policy concessions to voters. The mainstream media and Democratic Party failed miserably in the 2016 elections, and they are continuing to fail by depending on unpopular and out-of-touch leaders like Nancy Pelosi to help Democrats recover. 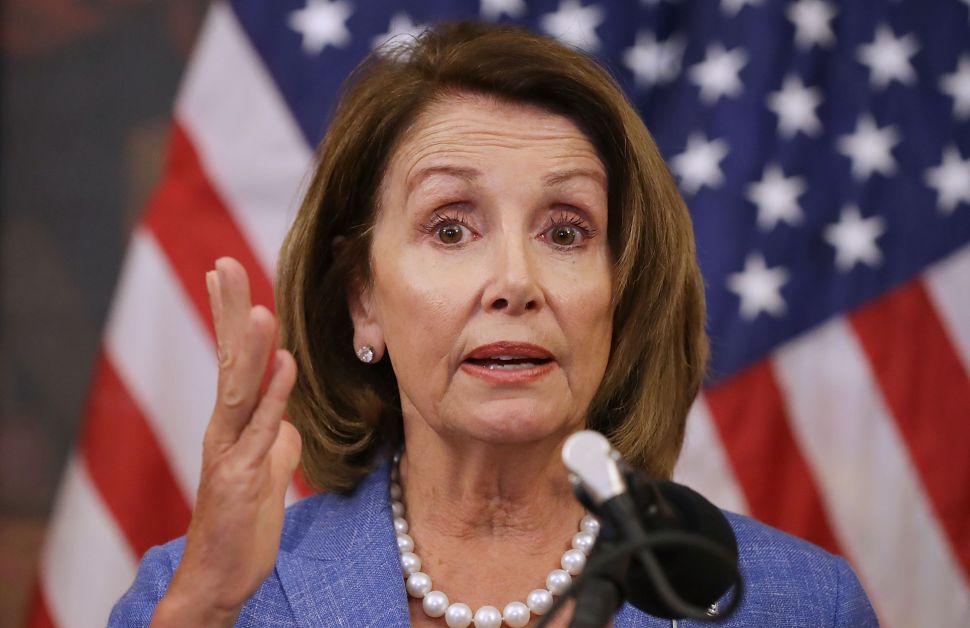