March Madness is upon us, which means college basketball fans become amateur statisticians as they try to predict who will win the NCAA tournament.

But since the odds of picking a perfect bracket are approximately one in nine quintillion, you’re gonna need a little help figuring out which of the 64 tournament teams will triumph.

Luckily a group of NCAA “bracketologists” provided tips about how to beat the rest of your office pool during a Reddit AMA. These people aren’t on the selection committee—they’re data analysts who based their answers on tournament history and stats.

They’re also the wizards behind the NCAA Madness Matchup Tool, which collects data from every NCAA tournament game since the field expanded to 64 teams in 1985.

Here are some of their best bracket busting tips:

The most common matchup in tournament history is red teams against blue teams (such as Arkansas vs. North Carolina this year). Good news for the Tar Heels: according to the bracketologists, blue teams are 271-196 in those games.

Six of the 10 winningest teams since 1985 wear blue—Duke, UNC, Kansas, Kentucky, UConn and UCLA. Those six teams have won 18 of the past 32 national championships.

Mascots are important, too

The NCAA did a deep dive into the tournament success of each type of mascot and found that of the 290 teams that have played in the NCAA tournament since 1985, 87 have had human mascots.

The animal category is strong, too—Tigers and Bulldogs have 11 teams repping them each. And the mythical creature section is dominated by the five-time national champion Duke Blue Devils—so any team playing Mike Krzyzewski’s squad should prepare for a fight.

Upsets are likely in the first round

Especially in these four matchups:

While everyone loves a Cinderella story in sports, tournament history doesn’t back up this trend. No 16 seed has ever beaten a 1 seed, and the data shows 16-v-1 matchups aren’t even close games. None of these games has even been decided by one possession since 1996, which is longer than most of the 2017 tournament’s players have been alive.

In 28 of the last 32 years, the 12 seed has won at least one first round game. Historically, the 12 spot has been the ceiling seed for many smaller conference teams, which are often somewhat untested but very good. On the flip side, major conference 5 seeds are often non-champions who may be slumping or banged up.

Less than 1 percent of people who have played the NCAA bracket challenge game in the past six years have gone 4-for-4. So how do you give yourself a better chance?

It may seem like a cop-out, but statistically, picking the No. 1 seed in all four regions to reach the Final Four is the correct strategy. Even if only two of them get in, you still have a 25 percent chance of winning the NCAA’s online challenge.

Star UCLA player Lonzo Ball has been the talk of the town, especially since his father Lavar claimed his son was better than Stephen Curry. But in the South Regional UCLA faces powerful teams like Cincinnati, Kentucky, Butler and UNC. As one statistician wrote, “Can the Bruins get to the Final Four? Absolutely. But it’ll take Lonzo Ball playing even better than his dad thinks he does.”

Do bet on Gonzaga

From a statistical standpoint, this may be the best Bulldog team ever, with impact players at every important position (which explains why they’re a No. 1 seed). One bracketologist declared, “There aren’t five better bets to win it all.”

Of course, all the guesswork in the world can’t 100 percent predict what’s gonna happen on the court. As the analysts wrote when a redditor asked if they knew what would really happen in the tournament: “Our guess: ¯\(ツ)/¯.”

Note: These stats only apply to the men’s tournament. If you’re filling out a bracket for the women’s basketball championship, bet on the UConn Huskies. 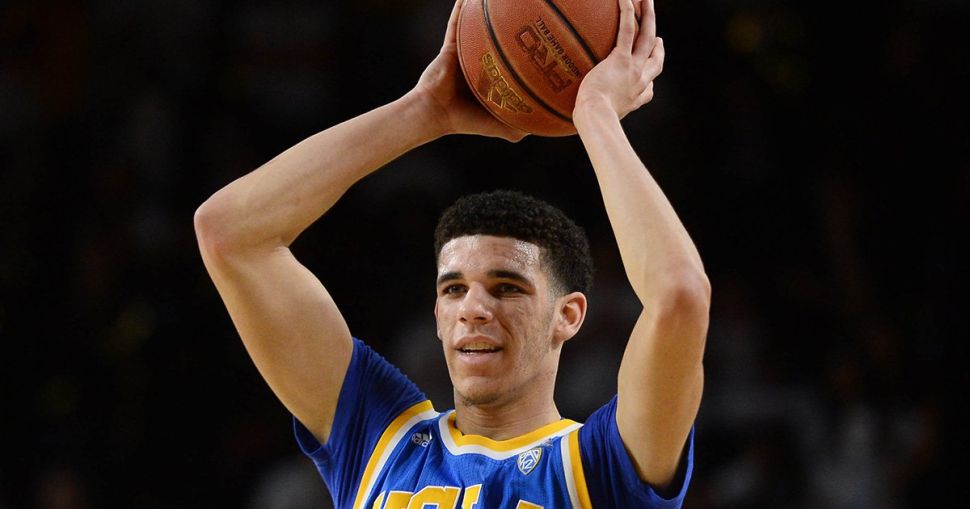