What would you say about the appearance of a political party that opposed assimilation and advocated what, in essence, is the creation of a nation within a nation? It’s a timely question, as the little noted outcome of the March 15 Dutch election was the rise of just such an entity.

Perhaps “rise” is too strong a word. The party, the Islamist “Denk,” captured just three of the 150 seats in the Netherlands’ House of Representatives. Yet, it’s a striking result considering the party was formed a mere six months ago but still managed to win 205,000 votes from, presumably, the 600,000 to 700,000 voting-age Muslims in the country.

“Denk” is most cleverly named, meaning “think” in Dutch and “equality” in Turkish (the party was founded by two ethnically Turkish parliamentarians). But the party isn’t thinking about equality.

As American Thinker’s Alex Alexiev informs, “Denk is as radical as [Turkish president] Erdogan’s AKP, of which Denk claims to be an affiliate. It openly rejects integration, the worn-out mantra of the Left, which it sees as a form of racism, and instead advocates acceptance of Muslims and their culture as they are. Aiming to take advantage of the migrants’ youth, it urges voting at 16 and control of local government by the local majority, thus solidifying existing Muslim-dominated parallel societies in Dutch cities with large Muslim populations like Rotterdam, Amsterdam, The Hague, and Utrecht.”

This is just another step toward balkanization-born destruction, and it is not unprecedented. Consider how it’s already the case in Sweden that “‘[a]ssimilation is completely out of the question,’” CBN News reported in 2014, quoting Danish journalist Mikael Jalving. “‘All mainstream political parties would laugh [at the word ‘assimilation’]. [To them] the word ‘assimilation’ is a Nazi word.’”

Denk advances this mentality in Holland, and it “wants imams to be present in all schools, hospitals, and the military, whose education is to be paid by the state, but without any state interference in the curriculum,” according to Alexiev.

This is a recipe for a Dutch version of the British education scandals of recent years, in which some schools were caught teaching a curriculum so aggressively Islamist that students didn’t know whether English or Sharia law was more important or which one they should follow. Of course, Denk aims to avoid similar scandals by having such education officially sanctioned.

Denk “also has foreign political ideas that are closely aligned with those of Erdogan,” adds Alexiev. “It calls for EU policies that are pro-Palestinian and anti-American and, of course, vigorously denies that there was an Armenian genocide.”

Consequently, even some Muslims have criticized Denk’s platform. An example is Ahmed Marcouch, a Morrocan-Dutch Labour MP, who “accused the party’s MPs of constantly using ‘us-against-them rhetoric,’” reports the Express.

The concern is that Marcouch may not represent as large a cross-section of Europe’s Muslims as multiculturalists might like to imagine. What if the Denk phenomenon—advancing Islamist dreams explicitly via a political party—spreads to other European nations? As Alexiev asks, “What happens to Europe if it turns out that its Muslims do not want to integrate?”

Others have sounded the same alarm, such as Dr. Mudar Zahran, a leader of the Jordanian Opposition Coalition and self-described “orthodox Muslim” currently living as an asylee in the United Kingdom. In a 2015 Glazov Gang interview (video below), he bluntly stated, “[W]e do have a genuine problem with Muslims in Europe… In most cases they don’t seem to fully integrate in the country. Not to mention the cases where there are people who want to turn Europe into a Muslim state in 30 or 40 or 50 years through producing children and depending on welfare through the children.” (Apropos to this, Erdogan recently called on Turks in Europe to have five kids each.)

As for Denk, another troubling policy it’s pushing is a “Racism Register,” which would mirror sex-offender registers; those on it would be stigmatized and banned from holding public office. The party also wants to create “a thousand-man ‘Racism Police’” and establish “stricter sentences for ‘racist and discriminatory behavior,’” Truth Revolt tells us.

What is their goal? The Express states that the register “will reportedly catalogue Dutch citizens who do not respect immigrants.” Since the “immigrants” in question are Muslim, this actually is an “Islamophobia” register.

Therein lies an oft-missed issue. Since Islamophobia measures often seek to punish those criticizing or satirizing Mohammed or other elements of Islam, they can be Islamic blasphemy laws by another name—hence a Trojan horse for Sharia law.

It would be unsurprising if this is Denk’s intention because Sharia actually enjoys a wide embrace. For example, the Center for Security Policy released a 2015 poll of Muslims in the US showing that “a majority (51 percent) agreed that ‘Muslims in America should have the choice of being governed according to Shariah [sic].’” In 2013, the Pew Research Center reported that robust majorities in many Muslim nations (e.g., 99 percent in Afghanistan; 91 percent in Iraq) favor making Sharia the law of their land.

This brings us to an irony of Denk’s birth. The Western left has been supportive of Third World immigration because it amounts to the importation of voters. In the U.S., 85 percent of our immigrants since 1965 have come from the Third World, and 70 to 90 percent of them vote for Democrats upon being naturalized (and sometimes before). In France, 90 percent of Muslims vote for socialists. Then, there was the 2009 admission by Andrew Neather, a former advisor to ex-British prime minister Tony Blair, who revealed that the massive immigration into the UK orchestrated by his Labour Party during the previous 15 years was designed to “rub the Right’s nose in diversity and render their arguments out of date.”

While the left doesn’t care if newcomers assimilate, it does want them to assimilate into leftism. If the Denk phenomenon ever grew powerful enough, it could help render leftism out of date. After all, pious Muslims and libertine leftists are not only not on the same page—they’re in different books.

No matter the people entering a nation and the party vying for their loyalty, and their dreams and schemes, something is forgotten in all the talk about assimilation: When the group of immigrants is large enough, the process is never absolute.

Even if the immigrants want to adopt a new national identity, as opposed to just seeking economic opportunity—and even if the West were less decadent and offered something attractive to assimilate into—the immigrants wouldn’t be the only ones to change. They would also change their new country.

This happened in the U.S. with the Germans, Irish, Italians and others. In a given case, you can argue whether it’s a good thing or a bad thing, but it’s undeniably a real thing. And it’s missing from our debates. The matter of immigration is nothing less than an existential question: What kind of country will you have tomorrow? 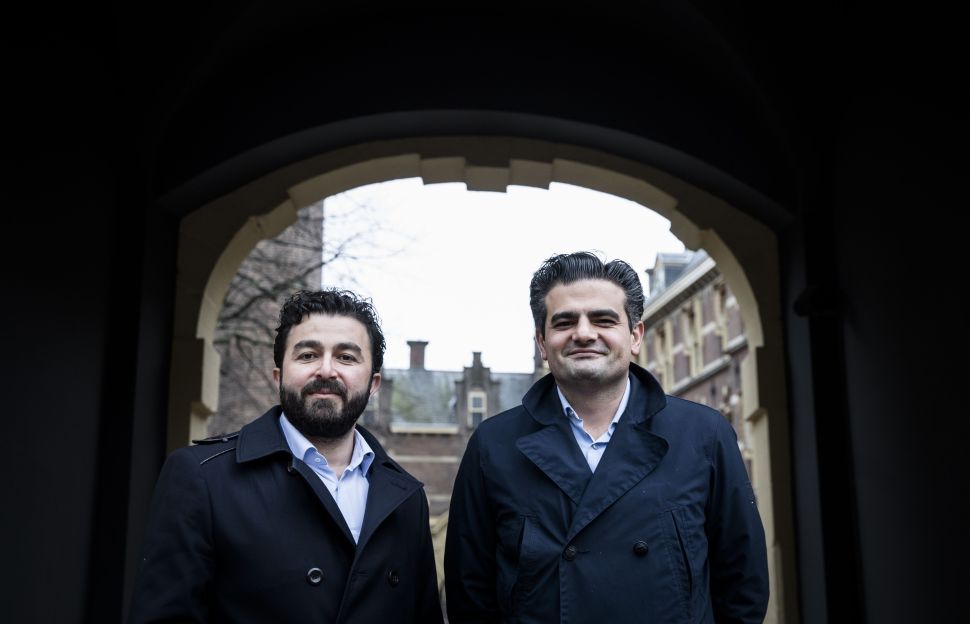