With some of the highest property taxes in the country, New Jersey has long had a reputation for so-called ‘tax flight,’ or the systematic loss of wealthy tax payers who leave the state for more favorable rates. But a new report from liberal think tank New Jersey Policy Perspective is questioning that conventional wisdom, finding that the state’s share of wealthy residents has actually increased in the last decade.

“The latest data point to confirm New Jersey’s ability to attract and retain well-off families comes from Phoenix Marketing International’s most recent annual Wealth & Affluent Monitor, which finds that the Garden State now has the third highest share of millionaires in the country, behind only Maryland and Connecticut,” wrote the group’s Jon Whiten.

Tax flight is one of the most frequently-cited problems during the state’s contentious annual budget process, with groups like NJPP and the more conservative New Jersey Business and Industry Association frequently offering conflicting numbers. Tax incentives for those who earn enough to be subject to the state’s estate tax were a key bargaining chip last year when lawmakers did away with the tax to compensate for an increase in the gas tax.

“Family-owned businesses are often made up of assets that have to be sold off to pay a steep estate tax bill, preventing the next generation in the family from continuing to run the business,” said NJBIA President & CEO Michele Siekerka of that tax.

“Further, the current tax threshold of $675,000 is so low that the value of one’s home and 401k can easily trigger the tax in an expensive state like New Jersey. Finally, estate tax relief is not about those who pay the bill today, it’s about those who have left the state to avoid the tax and took their spending power with them.” 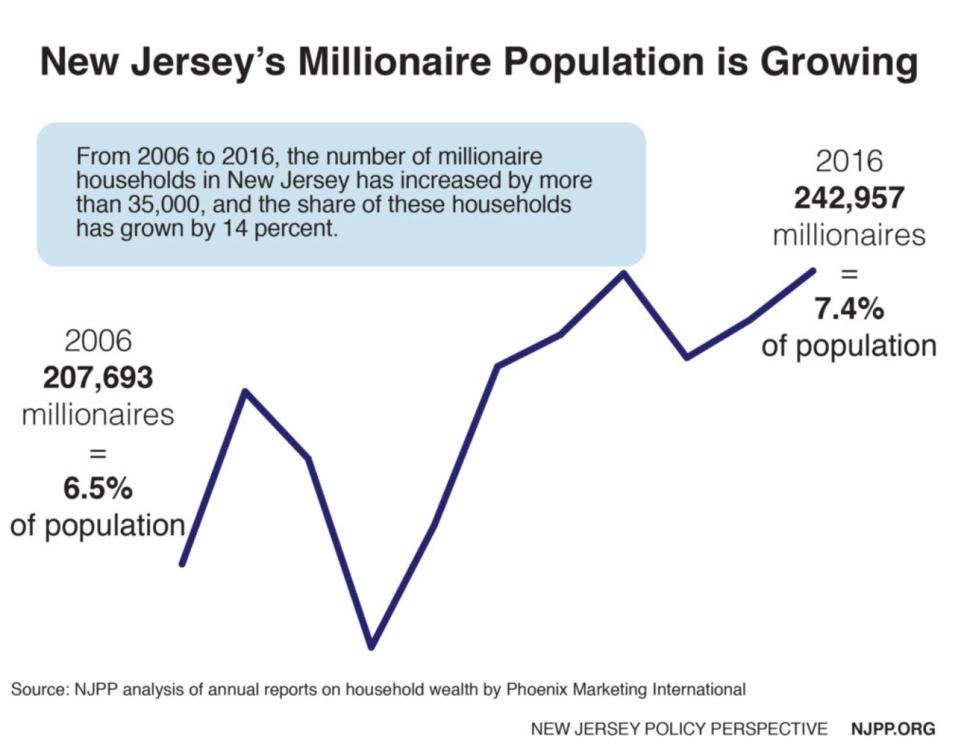