It seems to be a distinctly New Yorker thing. More precisely, a Manhattanite. We live on an island, and eventually it gets into many of our heads to walk the perimeter of the island. Maybe it’s like the trout swimming upstream; it seems instinctive. It’s such a commonly held impulse that, back in 1985, conservationist Cy Adler started the spring tradition of The Great Saunter, an annual stroll by the island’s natives around their slender urban rock.

I’ve been a movie guy since I was a kid. The first business I started, if you could call it that, was schlepping two 16 mm projectors around the country in the back of my station wagon showing art house movies on college campuses. And, as a movie guy, to me Manhattan has always had two distinct visual signatures: that none-like-it-in-the-world skyline . . . and its bridges.

What I didn’t know when I got this brilliant inspiration is that a few of them are quite long (keeping in mind that whatever bridge I crossed, I was going to have to go back across to get home) and that there are 19 of the suckers.

There are 19 spans connecting Manhattan to the rest of the world. I didn’t know that when I started thinking about walking them all. But they don’t all have pedestrian access (thankfully!), so I was looking at maybe 14.

If movies and bridges are one’s mind then the off-ramps to the rest of the world trigger celluloid memories. These bridges are such Big Apple icons that no filmmaker can resist making them iconic.

The headliner is, of course, the George Washington Bridge, which ties Manhattan to New Jersey. Geography and design conspire to make the GW one of the most elegant of New York’s bridges—the east coast’s answer to San Francisco’s Golden Gate. Nearly a mile long, reaching from Manhattan’s Washington Heights to the Jersey Palisades over 200 feet above the Hudson. On short winter days with her lights on, the GW crosses the river like a diamond necklace across a great lady’s neck.

The GW is so majestic, so dignified, that when Robert Redford and a band of thieves fly under it in a helicopter in The Hot Rock (1972), I sometimes wonder if he’s wincing not because he thinks fumbling pilot Ron Leibman might not clear the bridge but that they are somehow offending the bridge.

If the GW is the star among Manhattan’s bridges, the spans of the lower part of the island are its steadily working character actors. The opening shot from West Side Story (1961), as Saul Bass’ title card cross fades into an aerial view of the southern fingertip of the island, provides a fine introduction to the hardest working New York bridges in moviedom along Manhattan’s east side: the Brooklyn, Manhattan and Williamsburg bridges.

The Naked City (1948) was one of the first movies shot entirely in New York City. Director of photography William Daniels not only earned an Oscar for trundling the bulky camera gear of the time around the city; Daniels outdid himself in the movie’s still-thrilling climax where he did for the Williamsburg Bridge what King Kong (1933) had done for the Empire State Building 15 years before. A fleeing killer is trapped on the bridge, cops closing in from both sides. He begins scrambling up the stairs in one of the bridge’s towers, Miklós Rósza’s score straining and soaring along with him, a wannabe Kong who tried to take on the city spread out below him—and lost.

The French Connection (1971), shot in those gritty days before Manhattan cleaned up, uses all three arteries as roads from the grimy glamour of the island to neighborhoods that even with a badge on your breast and a pistol on your hip could still intimidate. Gene Hackman’s obsessive narc first stumbles onto an international drug ring when he spies a big spender in a Manhattan night club surrounded by known hoods. Hackman tails him across the Brooklyn Bridge to a grubby coffee shop, and thereafter, as his pursuit takes him back and forth across Manhattan’s border rivers, we get treated to views of the Williamsburg, the Triborough Bridge and the Hell Gate Bridge. Director William Friedkin and cinematographer Owen Roizman also find the gritty undersides—literally—of Manhattan’s bridges. Step off a bridge, walk into its shadow, and you find the city’s rotting core: a seedy bar where Hackman whiles away lonely hours (the Manhattan), or the crumbling neighborhood where a drug-laden car has been left for a pick-up (under the Brooklyn).

Midnight Cowboy (1969) plugged into that same sense of a great metropolis falling into decay with its story of two losers played by Dustin Hoffman and Jon Voight. One of the stick-in-your-mind’s-eye images has a hobbling Hoffman and Voight, coiled against the winter cold, crossing the Willis Avenue Bridge in East Harlem on foot to visit Hoffman’s father’s grave, the two of them so broke Hoffman has to steal flowers from another grave for his dad’s.

Paradoxically, at the same time so many filmmakers were using New York as the go-to image of urban decay, Woody Allen turned out a pair of love letters to The City with Annie Hall (1977) and the aptly titled Manhattan (1979). In both, Allen, working with one of the great all-time lensmen, Gordon Willis, found a picture postcard beauty in the city he obviously loves so much, and never more so than in his use of its bridges.

In Annie Hall, Allen and Diane Keaton, playing the title character—the girl Allen will love and lose—have a scene on the piers of the lower east side, the Brooklyn Bridge behind them. It’s an image that captures all the exhilaration of love in the big city, a deft blend of majesty and intimacy, outdone only by the iconography of Manhattan.

Somehow, Manhattan’s bold, black-and-white photography enhances rather than dampens the grandness of the city, capturing both the beauty and the undeniable fact that New York is a hard place, unforgiving on Midnight Cowboy losers, isolating for broken hearts.

But the beauty…perhaps one of the all-time great romantic images in film comes from Manhattan, a frame so iconic it became the movie’s poster image. Allen and Keaton (again) sit in a small park near Sutton Square, looking out at the East River. Beyond them, in the predawn half-light (the scene was shot at 5 in the morning), the Queensboro Bridge, graced with lights, dares to rival the GW for elegance and grace.

As I walked each of these bridges, despite my aching feet and sunburned neck, those images all came back to me with a clarity that can only come from standing in the same place, seeing what you know the characters must have seen. It reminded me of why I so love New York, and why I so love the movies, because I can think of no place where art and life are so tightly bridged.

Josh Sapan is the president and chief executive officer of AMC Networks, the entertainment company behind some of TV’s most popular and iconic shows, including AMC’s Breaking Bad, Mad Men, The Walking Dead and IFC’s Portlandia, as well as Oscar-nominated films including Boyhood and 45 Years. He is also a published poet and the author, with Luc Sante, of The Big Picture: America in Panorama (Princeton Architectural Press, 2013), a photography book chronicling a collection of captivating, panoramic group photos that bring American history to life. A dedicated collector of what he calls “American arcane”—from vintage televisions to discarded art—Sapan has gathered the world’s largest collection of antique lightning rods, a selection of which is currently on display at the Franklin Institute in Philadelphia. 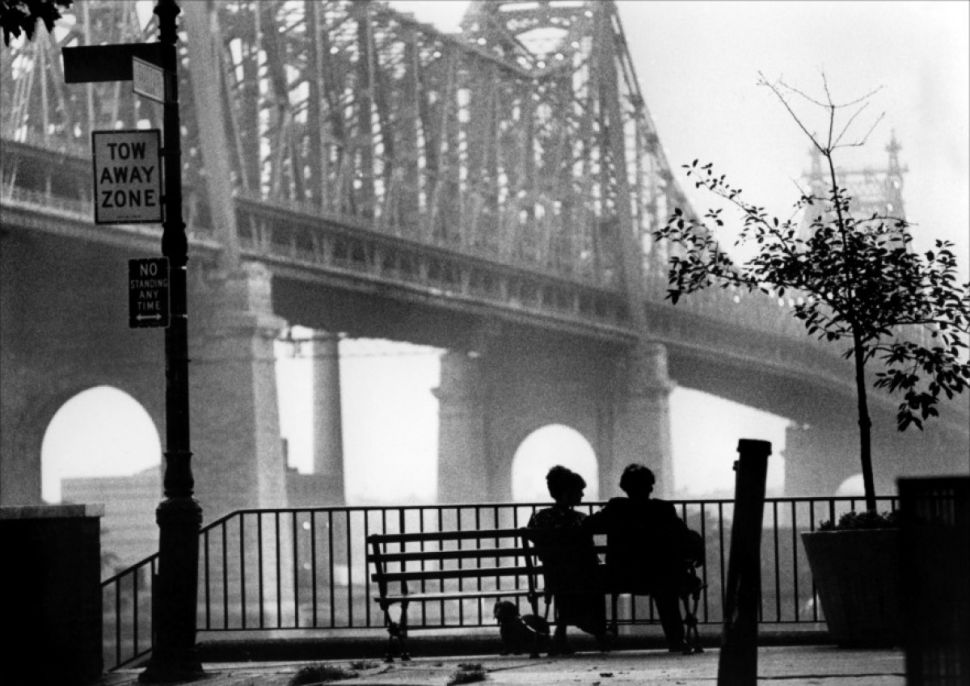