Mayor Bill de Blasio’s office raised the the possibility of “concerning” cuts locally should President Donald Trump’s proposal to axe $600 million-plus from programs under the Federal Emergency Management Agency succeed—particularly because they might wipe out counter-terrorism assistance to the NYPD.

In his budget blueprint for 2018, Trump eliminates or reduces state and local grant funding by $667 million for programs that FEMA runs that he says are “unauthorized by Congress”—such as FEMA’s Pre-Disaster Mitigation Grant Program, which seeks to reduce chances of future catastrophes, natural and manmade. At a roundtable discussion on the impact of Trump’s budget convened by Queens Congresswoman Grace Meng, Alfonso Lopez, legislative representative for the New York City Office of Federal Affairs, described the potential elimination of such programs as troubling.

Lopez noted that these cuts could actually bite into the resources the city receives for counter-terror programs through the Department of Homeland Security.

“The cut itself is concerning in and of itself because FEMA is where a lot of the grant programs are housed, grant programs that fund the state Homeland Security grant program and the Urban Area Security Initiative,” he said. “Which obviously we rely on heavily to support not just NYPD’s efforts but also the FDNY, the Department of Health’s efforts in security and also the Office of Emergency Management.”

Lopez asserted that such that DHS funds are “critical to keeping New Yorkers safe,” noting that they are used for a variety of purposes, including active shooter training that “thousands of officers go through” as well as to support counter-terrorism officers placed at large-scale events such as the St. Patrick’s Day Parade.

Trump has asserted that he will only space programs that provide “measurable” results. The proposed budget increases defense and security spending by $54 billion overall, mainly by reallocating money away domestic programs.

He also remarked that DHS funding was key to supporting the city’s response to the terrorist bombing in the Chelsea neighborhood of Manhattan in September that injured 29 people.

“The other issue that comes up is the ambiguity with proposed cuts—$667 million, for example, to FEMA, could mean a lot of different things,” he continued. “The number in and of itself is high but where that’s housed, whether it’s in specific programs, in a handful of programs or across the board, that’s sort of a concern across the different cuts…throughout the budget.”

The de Blasio aide voiced anxiety overthe impact that Trump’s cuts to the U.S. Department of Health and Human Services and the Centers for Disease Control and Prevention would have on New Yorkers, as well as cuts to the New York City Housing Authority—which the Wall Street Journal recently reported will see at least $35 million less in federal funding this year—and the city’s Department of Housing Preservation and Development.

In March 2015, Mayor Bill de Blasio and now Senate Minority Leader Charles Schumer announced a $3 billion grant from FEMA—the largest grant the agency has ever awarded—to rebuild impacted NYCHA developments in Brooklyn, Manhattan and Queens. Council members recently blasted the city for the lack of progress in repairing them.

Yesterday, the NYPD said that it will face federal funding cuts “on multiple fronts” under Trump’s plans, regardless of whether U.S. Attorney General Jeff Sessions succeeds in his plan to withhold Department of Justice grants from so-called “sanctuary cities” that provide a safe haven to unauthorized immigrants.

De Blasio has thus far refused to adjust his ambitious spending plans for the possibility of federal cuts, arguing that Schumer and a wave of bipartisan activism will ultimately prevent Trump’s austerity visions from becoming a reality. 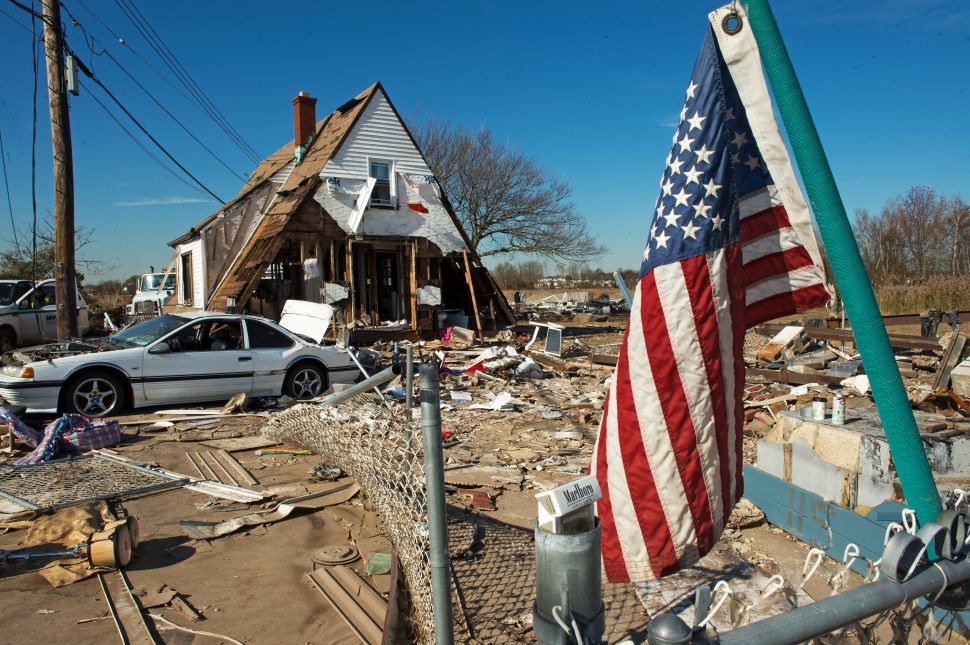