Gov. Cuomo has sworn to protect New York’s immigrants, no matter what the cost. So why are some of his allies turning them over for deportation?

New reporting revealed that construction unions closely tied to the governor are leading an effort to report and deport undocumented immigrants in upstate New York. In fact, the Northeast Regional Council of Carpenters is openly boasting about its tactics in Buffalo, which have already led to several raids and arrests by Immigration and Customs Enforcement (ICE).

“The carpenters union devotes a lot of money and resources to this,” said Bill Bing, an official for the union, who is apparently very proud of his anti-immigrant work.

That might have come as a surprise to Gov. Cuomo, who has positioned himself as both an opponent of deportations and a champion of construction unions. It is now clear that the he can’t have it both ways.

But it will be easier and smarter for Gov. Cuomo to change course on one of these two issues.

One path – backing off his defense of immigrants – would tarnish the governor’s relationship with progressives in New York and nationwide, likely killing any chance he has of running for president in 2020. He knows that as well as anyone else.

This is a man who responded to President Trump’s immigration orders by declaring: “If there is a move to deport immigrants, I say then start with me.” If he forgets or ignores that commitment, his liberal credibility will evaporate, and rightly so.

The other path—ending his blind allegiance to construction unions—would benefit New York’s economy and lift up tens of thousands of hardhat workers across the state.

On this issue, the governor has been always been on shaky ground. His unwillingness to support the merit shop—which combines union and non-union construction labor—is more about political loyalty to union bosses than morality or common sense. Costly union work rules, prevailing wages and project labor agreements (PLAs) have wasted many millions in taxpayer funds and excluded minority workers and MWBE contractors from major projects.

That economic reality is why the governor sounded so absurd when he recently attended a building trades conference and announced that “any government funding for construction has to go to union jobs.” What that says to New York taxpayers is that when it comes to large-scale development, at least one-third of the money will be wasted on unnecessary union costs that do nothing to improve safety or efficiency.

Gov. Cuomo now has an important choice to make: stand firm in his defense of immigrants or continue bowing to construction union bosses?

It’s a decision that will impact the governor’s progressive bona fides, New York’s economy and, most importantly, the undocumented immigrants at risk of being reported by union officials and others across the state.

Either way, New Yorkers will be watching.

Brian Sampson is president of the Associated Builders and Contractors, Empire State Chapter. 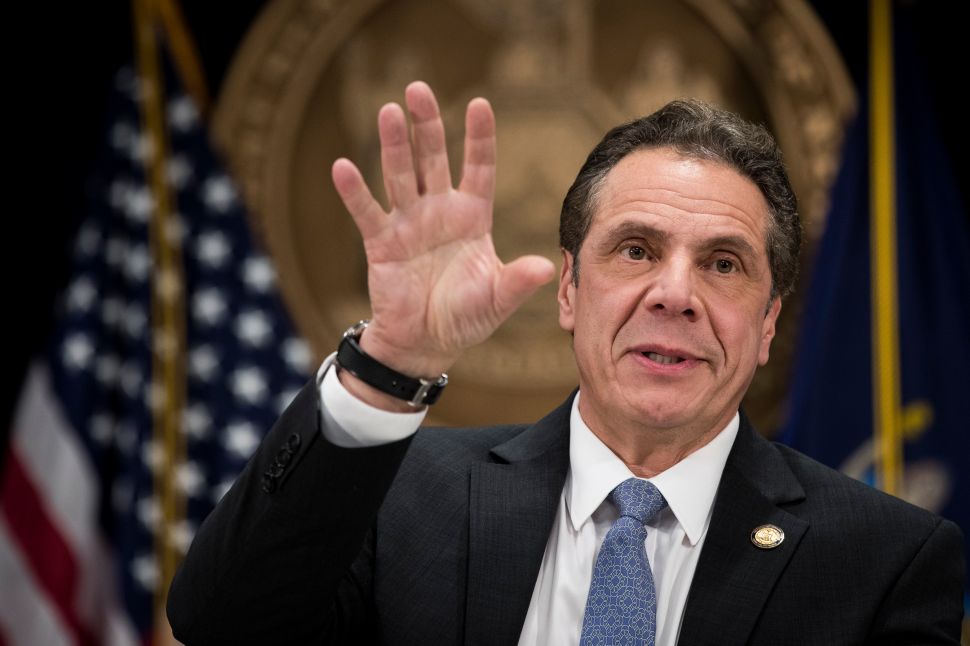