It’s the end of a long week in politics, and while all attention was focused on the GOP’s squabbles as it attempted to repeal and replace the affordable care act, state legislators moved to make a major change in the Garden State’s public pension system. National politics also brought our two Democratic senators into opposing camps on the confirmation of our ambassador to Israel and left Gov. Chris Christie wondering if federal investigators had access to his communications with President Donald Trump’s transition team.

N.J. votes to spin off management for part of pension system
New Jersey’s Legislature passed a controversial bill Thursday that would spin off management of the Police and Firemen’s Retirement System from the state’s overall $71.2 billion pension fund. It now heads to the desk of Gov. Chris Christie.
Nicholas Pugliese and Salvador Rizzo, The Record Read more

Christie ‘anxious’ to learn if FBI listened in on his Trump chats
Gov. Chris Christie said that he was “anxiously awaiting” to see whether his communications with Donald Trump’s transition team were swept up in an FBI’s investigation of possible collusion between Russian intelligence and Trump campaign operatives.
Claude Brodesser-Akner, NJ.com Read more

Christie Wants to Divert Environmental Settlements One More Time
Three months ago, the Legislature approved a bill putting a constitutional amendment on the ballot this fall to require funds from environmental lawsuits to be used to restore natural resources damaged by polluters.
Tom Johnson, The Record Read more

Christie: Cuomo wants Port inspector general because he’s ‘frustrated’ about reform
New Jersey Gov. Chris Christie’s appointees at the Port Authority have railed against New York Gov. Andrew Cuomo’s proposal to install his own inspector general at the bi-state agency, saying it would give the Democrat “’dictatorial power” over the agency.
Politico Read more

Trump seeks to cut safety agency with roots in N.J.
The devastating 1995 Napp Technologies explosion in the heart of Lodi killed five men, created a plume of toxic black smoke that lingered over the county for days — and led to the creation of a federal board that spent the next two decades investigating more than 100 chemical industry accidents across the nation.
Scott Fallon, The Record Read more

Newark PD still won’t come to your car crash
If you call 911 in Newark after having a car accident, you might be on your own.
Officers won’t come to the scene of accidents without injuries.
Karin Price Mueller, NJ.com Read more

Point Beach will fix hole in Manasquan Inlet wall
The March 14 nor’easter ripped a hole in the Manasquan Inlet wall at Loughran Point, on the Point Pleasant Beach side, large enough to paddle a kayak through it.
Dan Radel, Asbury Park Press Read more

Ciattarelli: N.J. needs new message, new messenger
From the moment I declared my candidacy for governor in October, I’ve provided what the citizens of New Jersey should expect from anyone seeking public office: a plan.
Jack Ciattarelli Read more

Opinion: Kim Guadagno misses the point on sanctuary cities
In a recent meeting with The Record’s editorial board, Lieutenant Gov. Kim Guadagno called the movement to get cities and towns to designate themselves as sanctuaries for immigrants a “political stunt,” saying that the declarations would not prevent customs officials from enforcing immigration laws and detaining undocumented immigrants. Guadagno misses the point of these designations and exposes her lack of understanding of New Jersey communities with large immigrant populations.
Christian Estevez, Read more 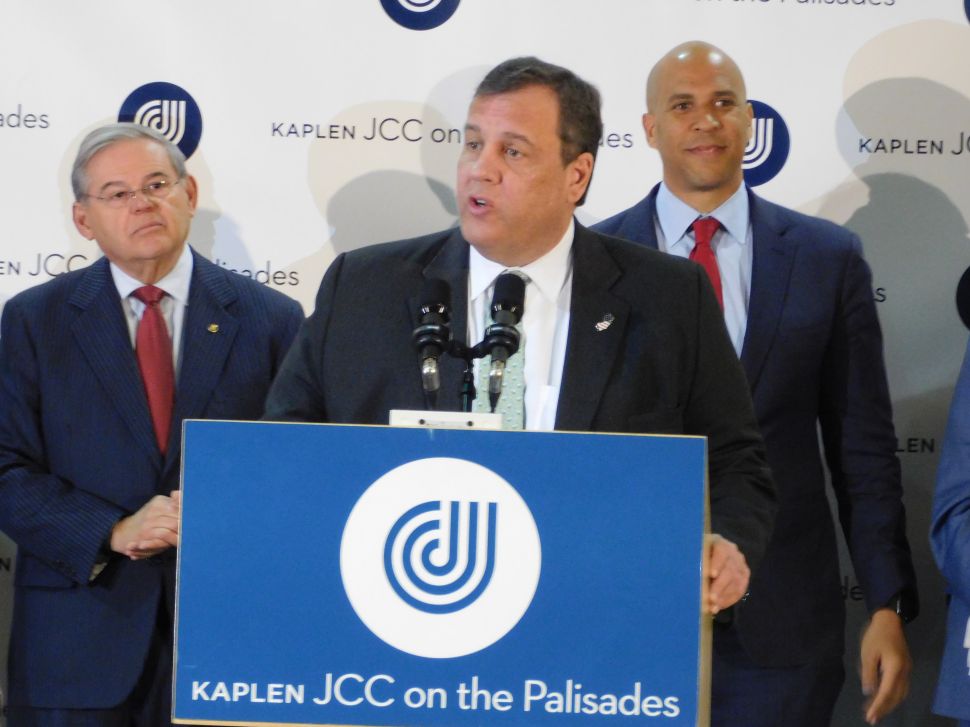