Salt Lake City used to host the largest gathering of outdoor industry retailers in the world. Note the past tense. A biannual trade show that brought $50 million to the Salt Lake City economy is gone.

How did this happen? In response to a series of moves from Utah politicians in recent years—including opposition to the Bears Ears national monument, votes to alter the Antiquities Act (which allows for the creation of national parks and national monuments), and Rep. Jason Chaffetz’s now-pulled bill to sell millions of acres of federal land to private interests—outdoor gear makers began conflating attendance at the Utah show with an endorsement of Utah’s environmental policies.

Outdoor vendors Patagonia and Arc’teryx announced their plans to withdraw from the Outdoor Retailer show so long as it was held in Utah. Other vendors amplified the get-out-of-Utah message, including Utah-based outdoor apparel maker Kuhl and Salt Lake City-based outdoor gear maker Black Diamond. In an op-ed for the Salt Lake City Tribune, Peter Metcalfe, the founder of Black Diamond, argued, “By our industry’s twice-annual trade show remaining in Utah, we are actually complicit collaborators in our own demise. It’s time for the industry to again find its voice, speak truth and power to power while making it clear to the governor and the state’s political leadership that this trade show will depart with the expiration of the current contract in 2018 unless the leadership ceases its assault on America’s best idea.”

The Outdoor Retailer organizers’ response made it clear that they were listening to vendor wishes: “We’ve been listening to the concerns from the industry and agree that it is time to explore our options. Salt Lake City has been an incredible home to Outdoor Retailer for the past 20 years, and we aren’t opposed to staying, but we need to do what’s best for the industry and for the business of outdoor retail.”

Outdoor Retailer is run by Emerald Expositions, and the vendor has said they will be finding a new, non-Salt Lake City location “as soon as possible.”

So what? Emerald Expositions is acting because they stand to lose money from the show if big vendors (which pay hundreds of thousands of dollars in exhibitor fees) decide not to show up.

Emerald has other outdoorsy shows: Interbike and Surf Expo. Their sports trade show division is going to be dealing with politically-minded vendors so long as there are public policies that affect everything from health to transit spending to public lands administration. (Biking vendors are already eying Emerald’s proposal to move Interbike from Las Vegas to Utah and commenting negatively on their likely attendance if this happens.)

So, Emerald has a stake in keeping vendors happy. Right now, for outdoor vendors, it’s a win-win because they get to position their company as environmentally friendly and civic-minded—defending “America’s Greatest Idea,” as Black Diamond did—and that plays well among their customer base. The next step may well be vendors turning their attention to local elections to see which candidates are the friendliest to the outdoors industry.

Who cares? Utahns. Salt Lake City will lose $50 million, and that loss will ripple through the hospitality industry.

Coloradans also have a rooting interest here: Denver’s on the short list for new Outdoor Retailer host cities; Luis Benitez, director of Colorado’s Outdoor Recreation Industry Office, has worked hard to promote Colorado as a friendly place for outdoor brands; and Gov. John Hickenlooper has said the country needs more public land—music to the outdoor industry’s ears—and he has announced a $100 million plan to develop bike trails across the state.

Also watching what’s going on: Lawmakers and residents in states that have a particularly high percentage of federal lands. i.e. the western states. While the U.S. owns 27 percent of the land in the nation as a whole, the vast majority of that acreage is held west of the Mississippi. As of 2013 (the last year data was available from the Congressional Research Service), the U.S. government owned more than 28 percent of the land in the each of western states: Washington, Montana, New Mexico, Colorado, Arizona, California, Wyoming, Oregon, Alaska, Idaho, Utah and Nevada.

What the government chooses to do with these lands is still up for debate, but the decisions will affect the economies of at least 12 states in the union—economies that lean heavily on the $646 billion-per-year outdoor recreation industry. The Outdoor Retailer trade show developments show that the vendors are not afraid to get political when it affects their bottom line. It’s now up to the western states to decide whether or not public interests align with the profit goals of the outdoor pros. 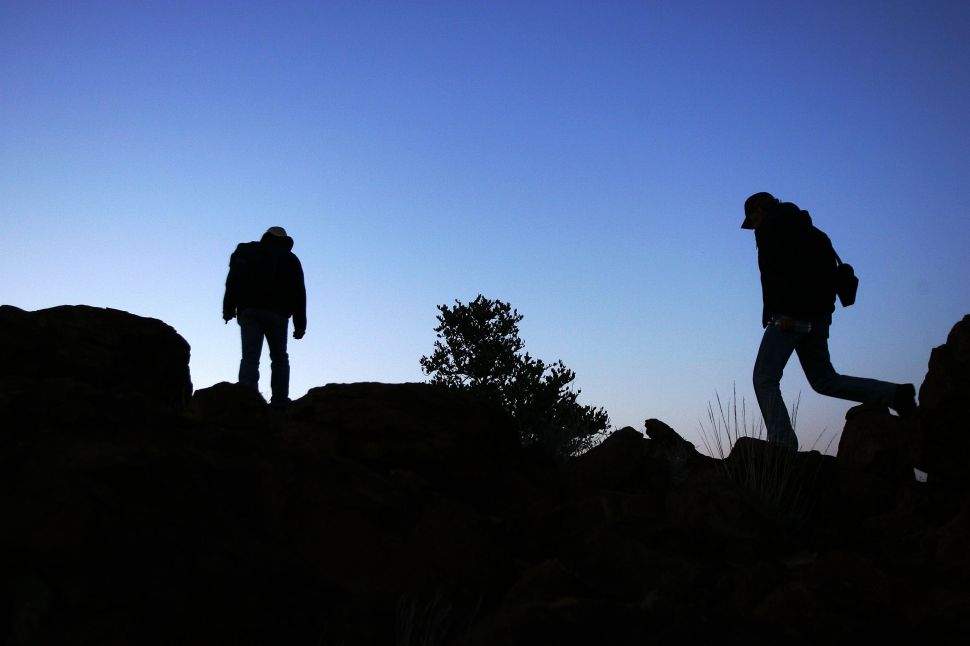