At his press conference with President Donald Trump in February, Israeli Prime Minister Netanyahu recommended including Arab states in a regional approach to Mideast peace. Trump affirmed him, saying a peace deal “would take in many, many countries.” These comments came amid speculation that the Sunni-Arab Gulf states are prepared to work with Israel to promote the “Greater Gaza” solution for the Israeli-Palestinian conflict.

After 80 years of Palestinian rejection of states—both a Jewish state and proposed boundaries for their own—and of peace with Israel, it should be clear that the “two-state solution” has expired. The Greater Gaza plan, in one form or another, has been discussed for years as an alternative.

In 2014, Egyptian President Abdel Fattah El-Sisi offered the Palestinians an autonomous, demilitarized Palestinian state incorporating Gaza and an additional adjacent 618 square miles of the Egyptian Sinai Peninsula. This would give the Palestinians a homeland—six times the size of Hamas-ruled Gaza—for both Palestinian Authority (PA) citizens and Palestinian refugees. The PA would retain autonomous over Arab-inhabited cities in the disputed territories, which would be linked to the new “Palestinian state” by a land corridor. Future land swaps could increase the state’s area. In return, PA President Mahmoud Abbas would relinquish his claim to the remainder of the territories and eastern Jerusalem. The PA, not Hamas, would rule this state. Abbas nixed the plan immediately.

For everyone but Hamas and Iran, this plan is a win-win.

El-Sisi is offering land is to stabilize the northern Sinai, a terror-ridden area and a ticking time bomb whose violence threatens to spill over into the Egyptian mainland. He hopes a Palestinian state in Sinai and Gaza, supported by the West both politically and economically—with a coastal port and rich natural gas resources—will be a stabilizing force in this unstable area, helping guarantee the uninterrupted flow of Israeli natural gas to the fuel-deprived Egyptians.

Saudi Arabia and the other Gulf states

These Sunni nations—Egypt’s allies against Iran—believe that the Palestinian jihad against Israel is dangerously counter-productive to their nascent alliance with the Jewish state against a soon-to-be-nuclear Iran. The Saudis are already working with the Israelis on intelligence and security. By giving the Palestinians a state in expanded Gaza, and weakening or eliminating Hamas, the alliance could focus on the real regional problem: Iran.

The Hashemite rulers perpetually fear a Palestinian takeover of their country, where Palestinians represent the majority of the population. Jordan would welcome the Greater Gaza solution, as their Palestinian refugees would be resettled in the new state. Conceivably, a tunnel through southern Israel’s Negev region could be built to connect Jordan to infrastructure along the eastern border of the Sinai, running north to the Palestinian state, essentially giving Jordan a connection to the Mediterranean.

The Greater Gaza plan recognizes Jews’ sovereignty in their historic homeland, helps them retain strategic assets in Judea and Samaria, and enhances their security. It enables Israel to divert defense dollars for the resettling of Palestinians in their new state.

For the Palestinians, this plan is a windfall. They would get a politically and economically viable state. Investment from the U.S., Europe and the Sunni states in developing infrastructure and natural resources would provide jobs for young, unemployed Palestinians. Palestinian refugees could live in their own state and take advantage of its unlimited potential—better quality of life would decrease public support for Hamas and encourage moderation.

As usual, the only flies in the ointment are Abbas and Hamas. Abbas wants to impose a “solution” on Israel by declaring a Palestinian state in the disputed territories and eastern Jerusalem. Hamas continues its quest to destroy Israel. Both know they have no legitimate historical claim to the territories or Israel—even Hamas leader Fathi Hammad in 2012 admitted, “Half of the Palestinians are Egyptians and the other half are Saudis.”

Implementation of a Greater Gaza Palestinian state will be difficult and lengthy, but such a solution is realistic, given Palestinian rejection of multiple offers of a state in the territories, Israel’s security needs and Jordan’s opposition to becoming “the Palestinian state.”

The U.S.—eager for Mideast stability—can lay the groundwork by insisting that the price of Greater Gaza is that Palestinians institute the rule of law, protect human rights and religious freedom, eliminate government corruption, stop rewarding terrorism, desist from teaching Jew-hatred, and recognize the right of Israel to exist as a Jewish state.

A 2016 poll showed that 96 percent of Palestinians believe Abbas’s government is corrupt, and 82 percent of Gazans say the same about Hamas. El-Sisi supposedly told Abbas in 2014 that if he doesn’t take the Greater Gaza offer, those who succeed him will. Given the new dynamics and realities in the region, the Greater Gaza plan is the future.

Ziva Dahl is a senior fellow with the Haym Salomon Center. She has a Master of Arts degree in public law and government from Columbia University and an A.B. in political science from Vassar College. 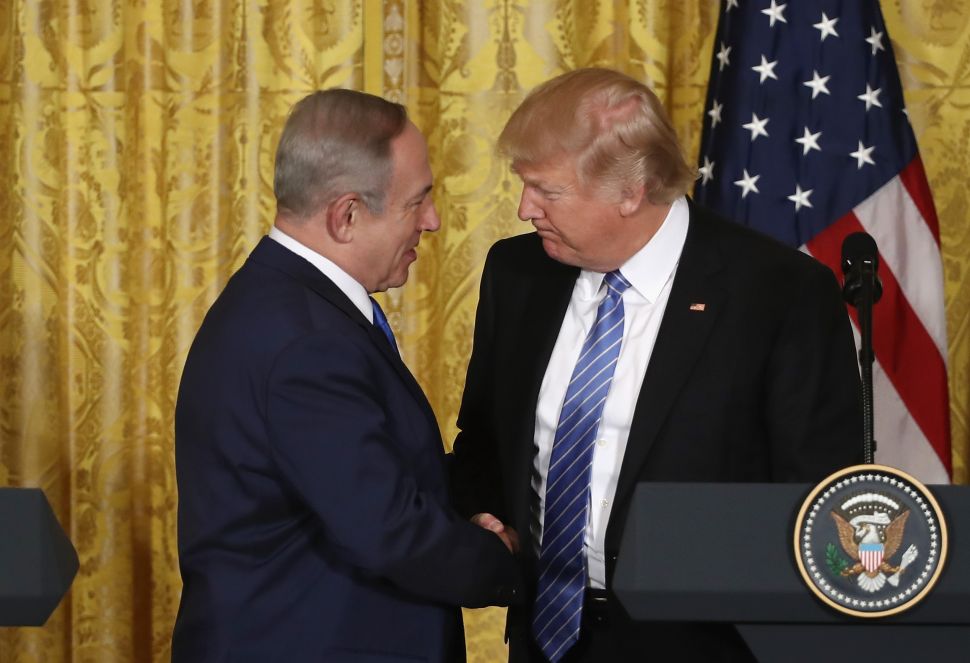