As a former United Nations staffer and invitee to UN University, I have been repeatedly asked if the United States should cut ties with the UN and what the future relationship between the U.S. and UN should be. Without hesitation my answer is yes: the U.S. should back away from the UN. We should replace the UN with an international organization that is actually worthy of being funded by American taxes and is in action—not just words—aligned with American values of freedom, liberty, justice and equality for all.

I envision a new international organization that delivers what former President Woodrow Wilson, who founded the forerunner of the UN (League of Nations), wanted for Americans. Wilson wanted America to be part of a group of peace loving and civilized nations with a high standard of morality. This does not exist in the current environment, where I’ve found evidence that UN staff practice racism, sexism, sexual exploitation and abuse, corruption, block sustainable development efficiency and are unfair to Americans.

My great-grandfather, Gopinath Bordoloi, was prime minister of an undivided Assam, a major ally of Mahatma Gandhi, and was crucial in securing India’s freedom. He sacrificed his life repeatedly so that millions could have freedom, a better form of justice and escape human rights violations. Gandhi is the world icon of peace and the pioneer of the non-violent civil rights movement. Gandhi was consulted when the UN Universal Declaration of Human Rights was drafted and he supported it—not knowing that racist, sexist and corrupt UN staff would later behave in opposition to basic human rights.

How can the United Nations claim to work toward peace and justice when a number of their staff commit horrific injustices? Why do UN staff cover up and crush these injustices from ever coming to light? And why are they rarely punished for their wrongdoings?

The foremost priority of UN staff who protect unethical and lawlessness behavior within the UN is to hold onto their income-tax-free international civil service careers—even if it means destroying lives, countries and the planet. When Americans continue to allow their income tax to pay the income-tax-free salaries of corrupt UN staff, we are assisting accomplices to crimes and cover ups.

To be clear, I do not blame anyone for supporting the UN. I felt the same way about the United Nations until I worked there. But after experiencing UN corruption and racism firsthand, and then researching the UN’s repeated unethical practices, I realized the real UN is profoundly different from the excellent public image it has projected for 72 years. Some UN staff go to great lengths and will stop at nothing—including lawlessness—to maintain their public image. Some manipulate data and prevent reports from reaching the media and ambassadors at the General Assembly and Security Council. For example, UN staff hid an extremely important 2013 independent expert evaluation of sexual exploitation and abuse report based on experts visiting UN peacekeeping missions in Democratic Republic of Congo, Haiti, Liberia and South Sudan. Aids Free World received a copy of this highly critical report of UN staff in New York. But a profoundly different report (A/69/779) was provided to the ambassadors—one that depicted the UN as great peaceful warriors abolishing sexual exploitation and abuse.

The UN only advertises the good they do for the world and very cleverly and manipulatively hides how some of their staff are accomplices of crimes against humanity including rape, sexual abuse, racial segregation, and racism toward nationals and residents of western developed countries.

The attitude of many seems to be, “So what if the UN staff sexually exploit and abuse approximately 65 starving children and women per year? They feed and protect thousands of children and women. So what if UN staff killed 10,000 people in Haiti since 2010? They feed and protect thousands of people in Haiti.”

To me, to victims, and to families of victims, their lives have value. Cheerleaders of the UN would sing a very different tune if they were the victims—and they paid income tax like the rest of us, and if that income tax went to an organization that repeatedly betrays the world public’s trust.

Actions speak louder than words. The only option is for the U.S. to back down from the United Nations and replace it with an organization that is transparent, fair, and delivers in action peace, justice and equality for all. My message to all Americans? Nothing will change until you find out how you are being exploited.

Pallavi Kakoti-McHugh is a former UN staffer and invitee to UN University and the author of Anti-Human Rights and Anti-Environmental Practices of the United Nations: Misused American Taxes. For more information, please visit www.triggerspoint.com and connect with her on Twitter, @worldtriggerpo. 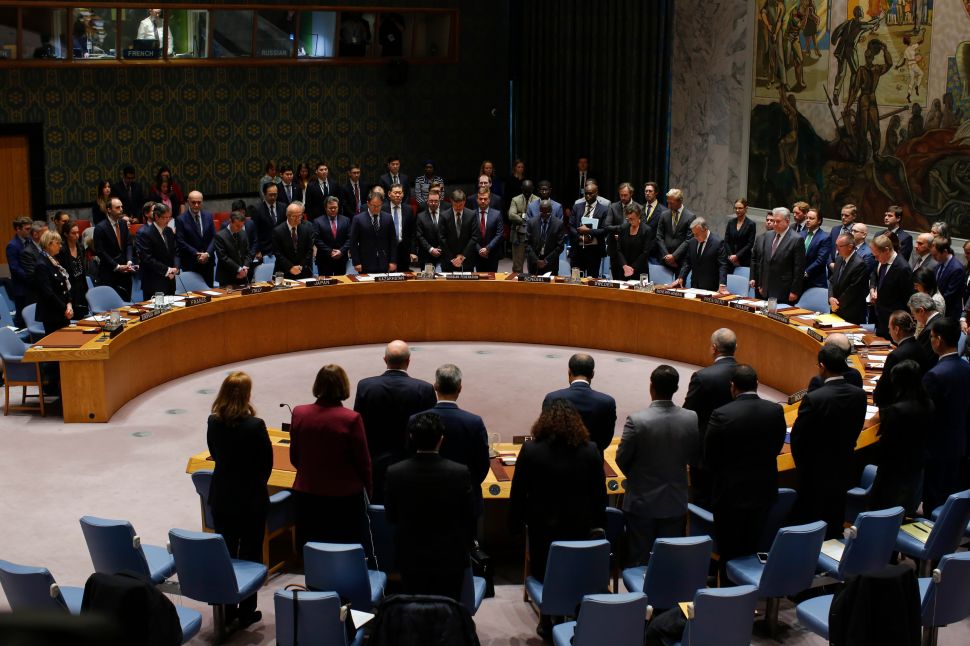