Doc Martens and dyed hair packed out Madison Square Garden last night for what was unmistakably a Panic! at the Disco concert.

Singer/mastermind Brendon Urie burst onstage with “Don’t Threaten Me with a Good Time,” one of the many most deliciously titled songs since The Smiths turned song titles into poetry. In a sweet twist, Noah Schnapp (Will Byers on Stranger Things) joined the band for “L.A. Devotee,” since the young actor starred in the video for the song.

Urie is the sole remaining member of the original Panic!, but you wouldn’t have guessed that from the band’s spot-on performance of their classics. Playing a set with few pauses, jumping into one gem after another, the new touring band was incredible.

Artists should take note of what Urie did on stage: just stick to music. It was a blessed relief to hear less politics and simply sing along with thousands of other Panickers.

The minimal resistance quota was met when Urie introduced his famous cover of “Bohemian Rhapsody” by saying it was written by one of his “favorite gay people,” and a video for “Girls/Girls/Boys” featured an obligatory mashup of everyday gay people like RuPaul and Anderson Cooper.

Highlights of the show included an ecstatic version of “This is Gospel”, a spectacular show during “Golden Days” and Urie’s back flip during “Miss Jackson.” The stunning set list featured favorites like “Vegas Lights,” “The Only Difference Between Suicide and Martyrdom is Press Coverage,” “Hallelujah,” and a sensational “Nine in the Afternoon.”

Urie walked through the crowd signing his new single, “Death of a Bachelor,” like he owned the place, although this was his first performance ever at MSG. “I’m shitting my pants and simultaneously cleaning it up,” he confessed at one point, but his stage presence was phenomenal.

Sandwiched in between these favorites was a shockingly good rendition of Billy Joel’s “Movin’ Out” (yeah, the Billy train is lumbering back to MSG for a 42nd show. You’ve been warned.) The set ended with the fabulous “I Write Sins Not Tragedies” and closed perfectly with “Victorious.”

The show opened with Saint Motel, whose impressive performance inspired an after-show scramble on Spotify. Misterwives also played a respectable set. The Panic! show was everything you’d expect from a lapsed Mormon baroque pop singer whose new album channels Sinatra. In other words: every second was awesome. Get tickets for the band’s upcoming tour dates (if you can find them). 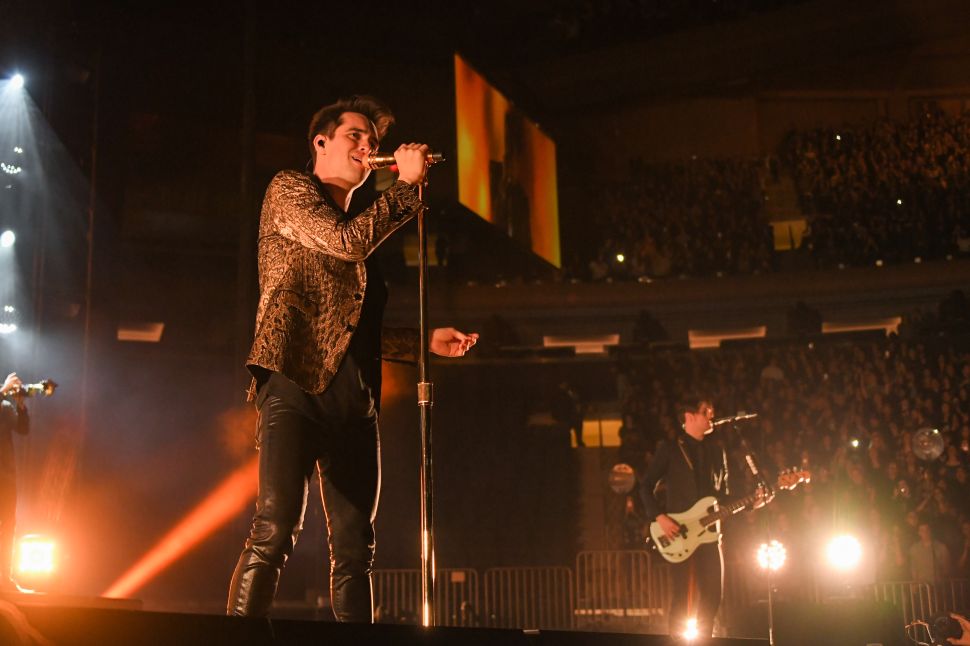