Last week, Amazon made the first, ten-episode season of its new original series Patriot available for streaming, with little of the pomp and bluster that typically accompanies the arrival of a new show on a service so desperate to be taken seriously as a provider of prestige programming.

To be fair, I pity the poor Amazon employee tasked with marketing the show, which concerns itself with the misadventures of John Tavner (Michael Dorman), a secret agent who takes a job at a mid-western piping company as cover for a covert mission geared towards foiling Iran’s nuclear program (the piping company does business in Luxembourg, where Tavner is set to meet an Iranian contact). Tavner is haunted by the combined weight of the secrets he’s forced to keep and the brutality he’s committed in the line of duty, and hounded by an all-female homicide squad who suspect him of murdering a Brazilian Jiu-Jitsu expert. His only release comes in the form of visiting coffee shops and open mic nights to perform seemingly improvised folk songs detailing his activities and turmoil.

Imagine a John Le Carré plot with the Coen Brother’s pacing and sense of accumulating calamity, rounded out with Wes Anderson’s sense of whimsy, only way darker, with a lot of talk about Midwestern piping company office politics. Not something easy to get across in a banner ad or a pop-up.

Needless to say, it’s not for everyone. Reviewers have been split between charmed and deeply annoyed. And look, the only thing there’s more of than streaming original programming nowadays are articles imploring you to check out some new streaming original programming, declaring some show a totally essential diamond in the rough. But nonetheless, here we go, you should give Patriot a shot.

Series creator Steven Conrad is best known as the writer of films like The Weather Man and The Secret Life of Walter Mitty, where he exhibited a knack for crafting quirky characters complicated by a heavy-hearted desire for real, authentic human connection, and Patriot serves as a ten-episode canvas for exploring folks in similar circumstances. Frankly, it’s a revelation to find a show in 2017 whose characters are granted real dignity by their creator, who seem less like walking, humping plot points (‘sup, Game of Thrones) or sad sacks who stay neurotic despite experiencing total catharsis once every forty-four minutes (looking at you, This Is Us) and more like…people.

Michael Dorman plays John with a persistent hangdog gloominess, like a man who has spent too many nights sleeplessly fretting about something outside his control. Terry O’Quinn plays his spymaster father with all of the benevolence he brought to Lost minus the know-it-all smarm. He’s the brain behind the operation at the heart of the series’ plot, but where genre convention might zig towards a dynamic driven by a son seeking his father’s approval, Patriot zags. Every scene the two share is infused with real warmth, as are scenes between John and his accidental sidekick, Dennis (Chris Conrad), an obnoxious, overeager, piping company executive who time and again screws up John’s operation. He’s comic relief, but at the same time, Conrad gives the duo a rapport that isn’t quite repartee, but nevertheless indicates that they could have been real friends if they’d met under better circumstances.

When was the last time you saw a show whose character’s actually seemed to like each other? And I don’t mean in that way where the scabby, dusty war pigs on The Walking Dead squint at each other respectfully between mournful slogs through the forest, or the way the titular Girls stay in orbit around one another because…well…is it because they’re all friends with Ray, at this point? Is Ray the secret center of the Girls-verse?

Sure, the characters on Patriot tend to stab, shoot, and betray one another from time to time—it is a spy show. But they also seem to like each other, or want to. Kurtwood Smith portrays John’s supervisor at the piping company as a raging, openly disdainful, resentful prick. Weirdly, for a show about preventing Iran from becoming a nuclear superpower, he’s the closest thing there is to an antagonist. He makes John’s life miserable, and yet halfway through the season, John sings a song about how deeply he respects him. In another episode, Kurtwood’s character becomes discomfited by his dislike of John, decides maybe he’s the problem, and reaches out for a fresh start.

There’s plenty of television that depicts people who don’t like each other dealing with each other, but when was the last time you saw a show where a character with a good reason for disliking another looked inward and made an effort to reach out?

Some reviewers have harped on the show’s tonal shifts, which can for sure be a little jarring as it swerves between absurd comedy and pitch-black psychodrama. There’s a scene where Mark Boone Junior (the sort of shaggy Winnie the Pooh looking dude from Sons of Anarchy) attempts to play a two-part harmony solo–while stopping again and again to describe what it would sound like if his partner were with him–that is absolutely hilarious before segueing into profound sadness. As previously stated, it’s not for everyone. But hey, is there anything that captures the zeitgeist more than something that’s super divisive?

Last pitch—the show is called Patriot, it’s about people working on behalf of the government, but there’s nothing jingoistic about it at all. The espionage is all MacGuffin, everyone’s loyalties are wrapped up in one another, and these loyalties more often than not cause problems. There’s something really resonant right now, today (coming after the last year, looking ahead to the next four) about a show that takes patriotism to mean loyalty to people over ideology, where even people with no reason to love or even like each other make an effort to like, love and understand each other. Not just because the fate of the free world is on the line, even if it is, but because of their shared humanity, because being united feels better than being at odds. 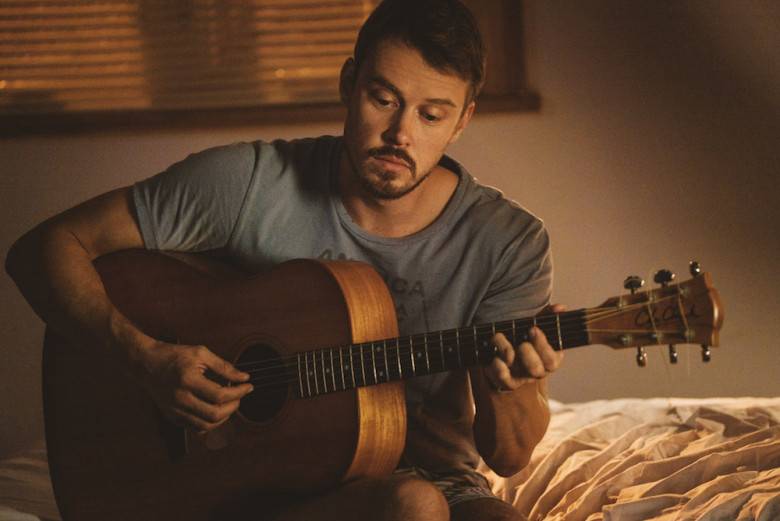