GOP Congressman Peter King of Long Island called upon President Donald Trump to rescind his recent social media assertions that former President Barack Obama bugged his phone lines during last year’s election cycle—warning that a failure to recant the comments could badly shake American confidence in the veracity of their commander-in-chief’s word, and create a dangerous situation in the event of a actual national security disaster.

King was present yesterday when Federal Bureau of Investigation Director James Comey declared in a House Intelligence Committee meeting that there was “no evidence” to support a feverish volley of tweets the president fired off earlier this month, which alleged that “President Obama was tapping my phones in October.” Speaking on WOR Radio’s Len Berman and Todd Schnitt in the Morning program today, the Nassau County pol argued that the president must officially repudiate those remarks.

“I agree with Comey, there’s no evidence of that. The president has to find a way, I think, to walk it back,” King said, leaving open the possibility that some of the president’s operatives had turned up incidentally on surveillance recordings made on other figures. “It’s very possible that in those wiretaps, people in the Trump Organization, their conversations were recorded.”

So far, Trump has not only refused to withdraw his comments—which were apparently inspired by conjecture from conservative radio host Mark Levin—but insisted both in person and through press secretary Sean Spicer that Obama had enlisted a British intelligence service in the supposed covert recording effort. The president has never furnished any evidence in support of any of these assertions, other than the speculation of now-discharged Fox News commentator Andrew Napolitano.

King worried today that Trump’s failure to backtrack on the comments could undermine public trust in the president and ultimately result in catastrophe, should hostile actors attempt an attack on American soil.

Comey also revealed yesterday that the FBI has had an open probe into Russian interference in the 2016 election since August, including into the possibility of contacts between the Trump campaign and the Russian government. The intelligence chief could not elaborate on the investigation’s findings, but King said today he had been privy to certain details in earlier closed-door meetings.

The congressman said that he believed the FBI had yet to uncover proof of any collusion between the two camps.

“If something turns up, it turns up. I’m not saying it’s not there. I’m just saying, as far as I know, there’s no evidence,” said King.

Last month, the congressman slammed the president’s equation of the Russian and American human rights records as “disgraceful.” 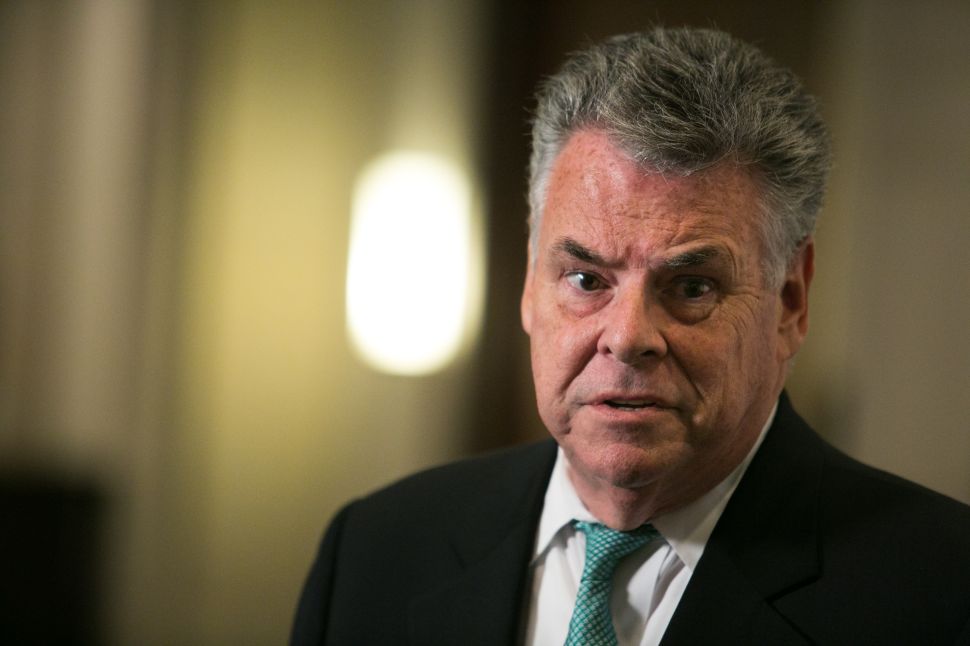