Two years ago, when composer Julien Bilodeau first accepted the risky mission to transform Pink Floyd’s The Wall from a rock-opera into a real opera he had no idea its theme would become so chillingly relevant.

“Donald Trump was not quite on the horizon back then,” Bilodeau said. “But, by last June, I was composing new music for the song ‘Waiting For The Worms.’ At the same time I was watching the Republican National Convention and the connection was surreal. I realized how important it was to talk about Walls.”

Still, the act of transforming such talk into a workable production—one that’s both politically potent and musically balanced—involved a myriad of complex decisions. Each came larded with opportunities to offend as many rock fans as classical purists. “One thing I knew for sure,” said Bilodeau, “this would create a reaction.”

At last weekend’s world premiere at Montreal’s Palace Des Arts—in a production dubbed Another Brick In The Wall—the reaction was rapturous. At least among the audience members. Standing ovations greeted the end of each act, followed by thunderous applause for auteur Roger Waters when he made a surprise appearance for a final on-stage bow.

The local press wasn’t quite so entranced. The upmarket paper Le Devoir said the opera “hit a wall,” while the the critic at the Montreal Gazette called it “a sullen, gloomy flop.”

I had far more positive feelings about the work, especially given the fact that, from its inception, The Wall used “sullen” characters, and “gloomy” world views, as its selling point. “It’s not a comedy,” Bilodeau deadpanned.

I have admiration, too, for Bilodeau’s decision to rip all the rock out of The Wall, so he could re-erect it with a 70-piece orchestra, a 46-member choir, and eight solo singers. Combined with the elaborate staging of the show by Dominic Champagne, the piece ends up far closer to Verdi than Van Halen.

The idea for the project germinated back in 2014 when the general director of Opera De Montreal, Pierre Dufour, got the notion to reinvent Pink Floyd’s classic album as a toast to the 375th anniversary of Montreal becoming a French settlement. The city had a key role in the creation of The Wall. Forty years ago, at a Pink Floyd concert in Montreal, Waters suffered a mental breakdown which, two years later, wound up inspiring the band’s double album touchstone. As fraught as that connection may be, it has become a perverse point of pride for Quebec’s huge prog rock fan-base. More, the hook of Montreal’s anniversary this year promised the kind of publicity, and funding, an ambitious project like a new Wall would require.

The financial side of that equation already seems to be paying off. The production, originally set to run for seven nights in town, will, at its conclusion on March 27, set a record for the Montreal Opera, playing for 10 nights at Palace Des Arts. In the process, it will be seen by nearly 30,000 people. Then, in July, the opera will make its U.S. debut at the Cincinnati Opera House, after which it will likely travel to more American cities.

Dufour tapped Bilodeau, a well-known Canadian classical composer, to tackle the project because the musician had already proved he could transform a fabulously famous work into something original. Back in 2011, Bilodeau created a musical piece, meant to evoke Beethoven’s 9th Symphony, for the opening of a new hall in town, the Maison Symphonique de Montreal. In that vein, Bilodeau wanted to approach The Wall in a way that wouldn’t just refresh Waters’ original music with fancy orchestrations. “You can’t simply transpose from one world to the other,” he said. “Besides, in its rock form, The Wall is perfect as it is.”

Bilodeau, who was 5 years old when Pink Floyd’s album came out, knew The Wall from his father’s collection. As a teenager, he became a big prog-rock and Floyd fan, though his favorite album by Waters’ band remains Atom Heart Mother. Tellingly, that’s the one with the most classical influences. Bilodeau also has love for Alan Parker’s often loathed, 1982 movie version of The Wall, citing it as his clue to the work’s narrative potential.

In 2015, Bilodeau created two demos for his proposed operatic take on the work, which he brought to Waters. The rock icon wound up giving his blessing in part because he was assured this wouldn’t be a cheap rehash. It would, however, stick with Waters’ lyrics for the libretto. And that created a huge challenge, since the words on the original album lack the specificity, and breadth, of opera. “Normally, an operatic libretto is never less than 40 pages,” Bilodeau said. “There are a lot of words, and dialogue and characters around the principal one.”

By contrast, the original Wall had “little text, no dialogue and no real characters” outside of “Pink,” the composer said.

Also, Floyd’s original album runs just 80 minutes. Bilodeau, and director Champagne, wound up fleshing out their version to approach the two-hour mark. Bilodeau elaborated the original piece by assigning lines originally sung by Pink to the characters of his overbearing mother, felled father, and ex-wife. “I wanted to create an ecology of voices,” he said. “It’s very important to create an equilibrium between the voices you’re hearing.”

More, he established a complex call-and-response between Pink and the sprawling choir. “In most operas, the choir doesn’t have a lot of music to sing,” said the composer. “By using a choir, representing widows, fans, refugees, and all those behind the wall, it allowed me to give a second meaning to the lines that, in the original text, belong to Pink.”

Bilodeau also fiddled with the order of several songs. For instance, he starts the second act with “Hey You,” instead of “Is There Anybody Out There?” To help rethink the music, he drew on the minimalist writing of Phillip Glass, favoring slow, constricted and circular melodies. In the opening, he quoted a bit of the timpani and minor chords of Brahams’ First Symphony “to imbed a figure from classical music as a cue,” he said.

Bilodeau also cited the jazz harmonies of Keith Jarrett as an influence, as well as the keyboard contributions from late Pink Floyd member Rick Wright. “A lot of the orchestration was inspired by him,” the composer said. “I think he’s underestimated in this band. Rick Wright was just fantastic at creating moods. They’re subtle but very rich.”

Though much of Bilodeau’s music takes wild leaps from Waters’, hints of his ’70s melodies waft in and out. The composer kept “The Trial” wholly intact, and hewed close to “Bring The Boys Back Home.” “ ‘The Trial’ was already an opera piece so there’s no point to change,” the musician said. “ ‘Bring The Boys’ was also orchestral.”

Bilodeau admits that the considerable disparities in the rest could throw off rock fans. “You have to accept that it’s an operatic voice, and that it’s acoustical, with no guitar or drum,” he said.

The color and flash of Champaign’s production provides a likely way in for such fans. He employs eight video projectors, detailing Pink’s tortured inner life. For another lure, there’s the massive choir, involving an ethnically diverse cast that brings to life the masses held today behind walls in places from Palestine to Cuidad Jaurez. Then there’s the sheer drama of Pink’s surreal transformation from a broken rock star to a controlling fascist. For a cool twist on the original, the opera opens with a scene that depicts the famous incident in Montreal that sparked it all.

Back in July of ’77, Pink Floyd was wrapping up its massive “In The Flesh” tour with a date at Montreal’s Olympic Stadium. The tour had become a nightmare for the band. They felt the cavernous venues they played in alienated them from the audience, causing an increasingly tired, insecure and spoiled Waters to experience feelings of contempt for his own listeners. At the Montreal date, he became so angry at drunk members of the crowd, he spat on one, an action he later regretted but which signaled to him the depth of his isolation and the fragility of his mental state.

The character he created to capture all of this, Pink, isn’t a very sympathetic one. He’s entitled, insular and broken. Bilodeau calls him an “anti-hero,” and admits that The Wall is “a dark work for a dark time.”

Even so, the version he has created with Champagne offers a positive, and very moving end, never imagined in the original album or movie.

Bilodeau thinks useful messages can be drawn from this difficult piece, especially amid the current political climate. “Our version of The Wall is saying that we need to listen to others if we want to know them,” he said. “We tend to think that if we get rid of ‘the other’ behind a wall that we will have power and control over things. But that’s not the way it works. To me, that’s the strongest message of The Wall.” 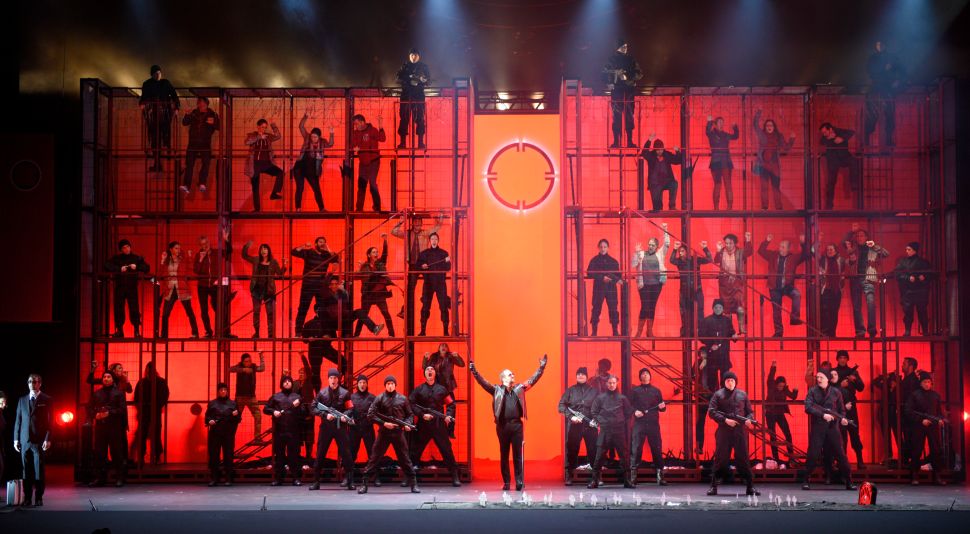