As winter storm Stella blankets the Northeast with almost two feet of snow, most people are staying indoors and binge-watching Netflix.

But if you absolutely have to get out of the house during the blizzard, PornHub’s got you covered.

Anyone who wants to get plowed can email phubplows@gmail.com or use the hashtag #PornhubPlows on Twitter. One of PornHub’s two dozen branded trucks will then come to the rescue.

The euphemistic branding was a hit on social media: 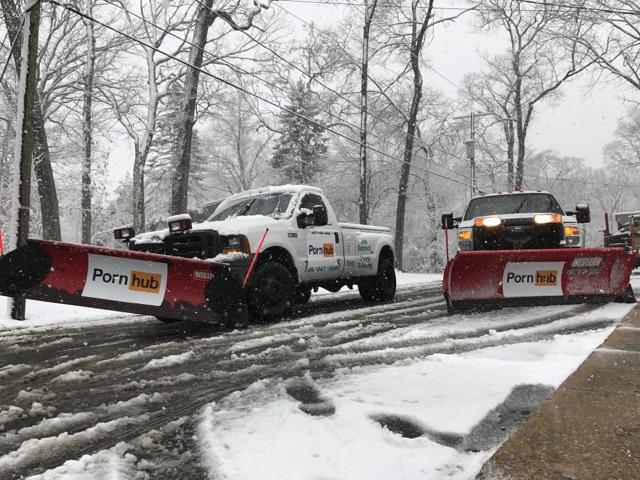