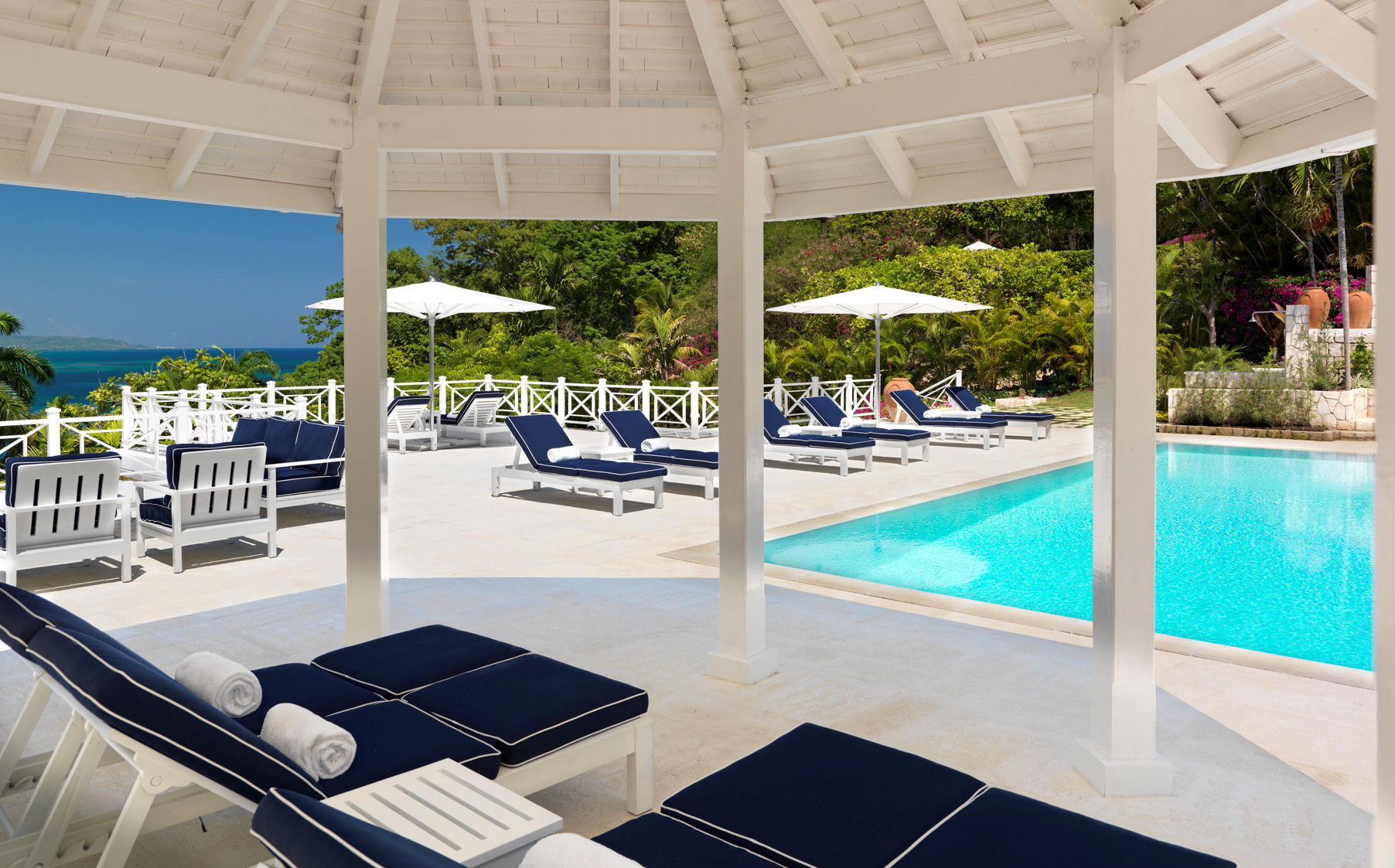 Prince Harry stayed in one of the villas during the trip.
Round Hill Resort 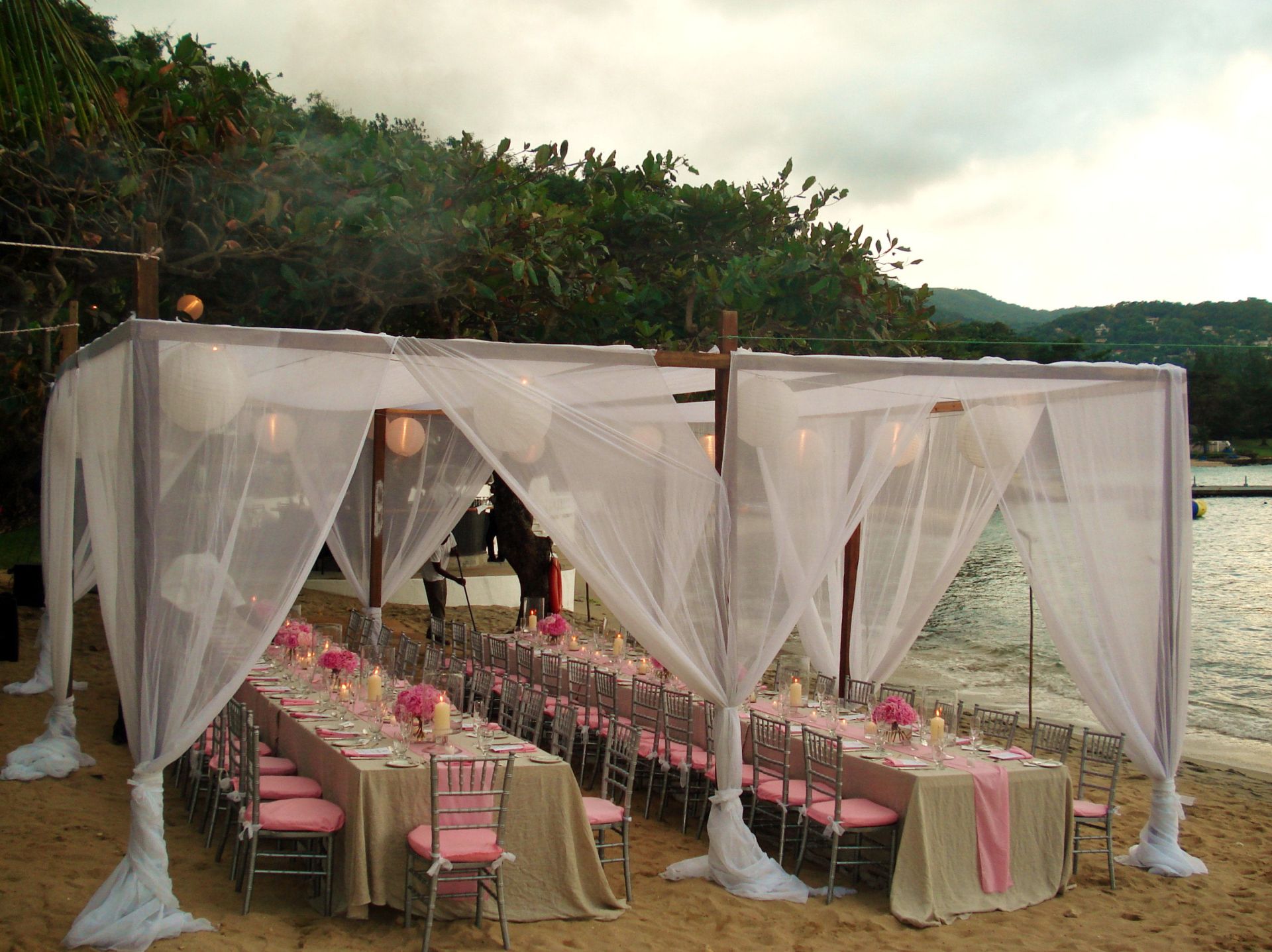 The three-day celebrations took place at this resort.
Round Hill Resort 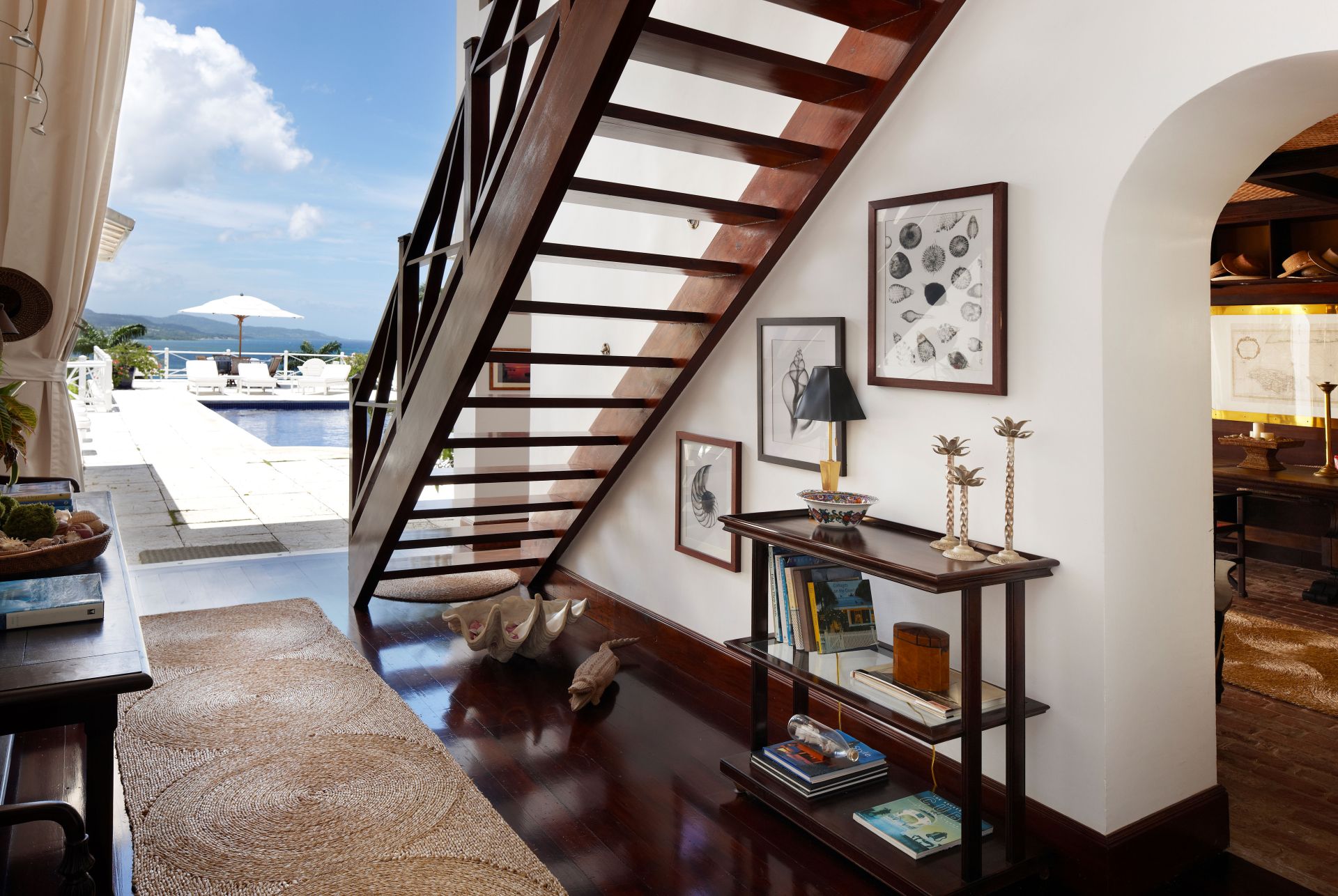 Inside one of the villas.
Round Hill Resort 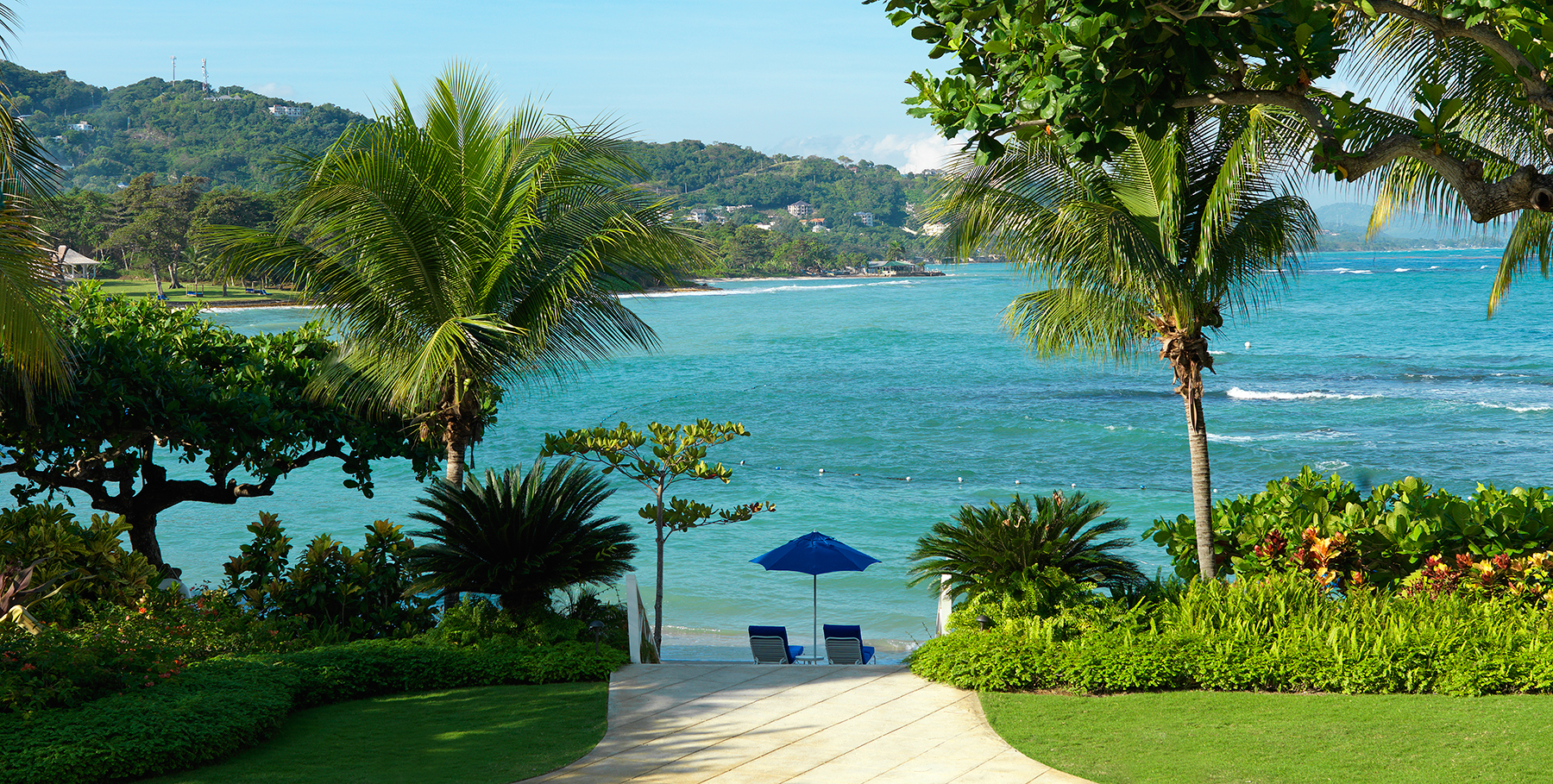 The beach is incredible, of course.
Round Hill Resort
Advertisement 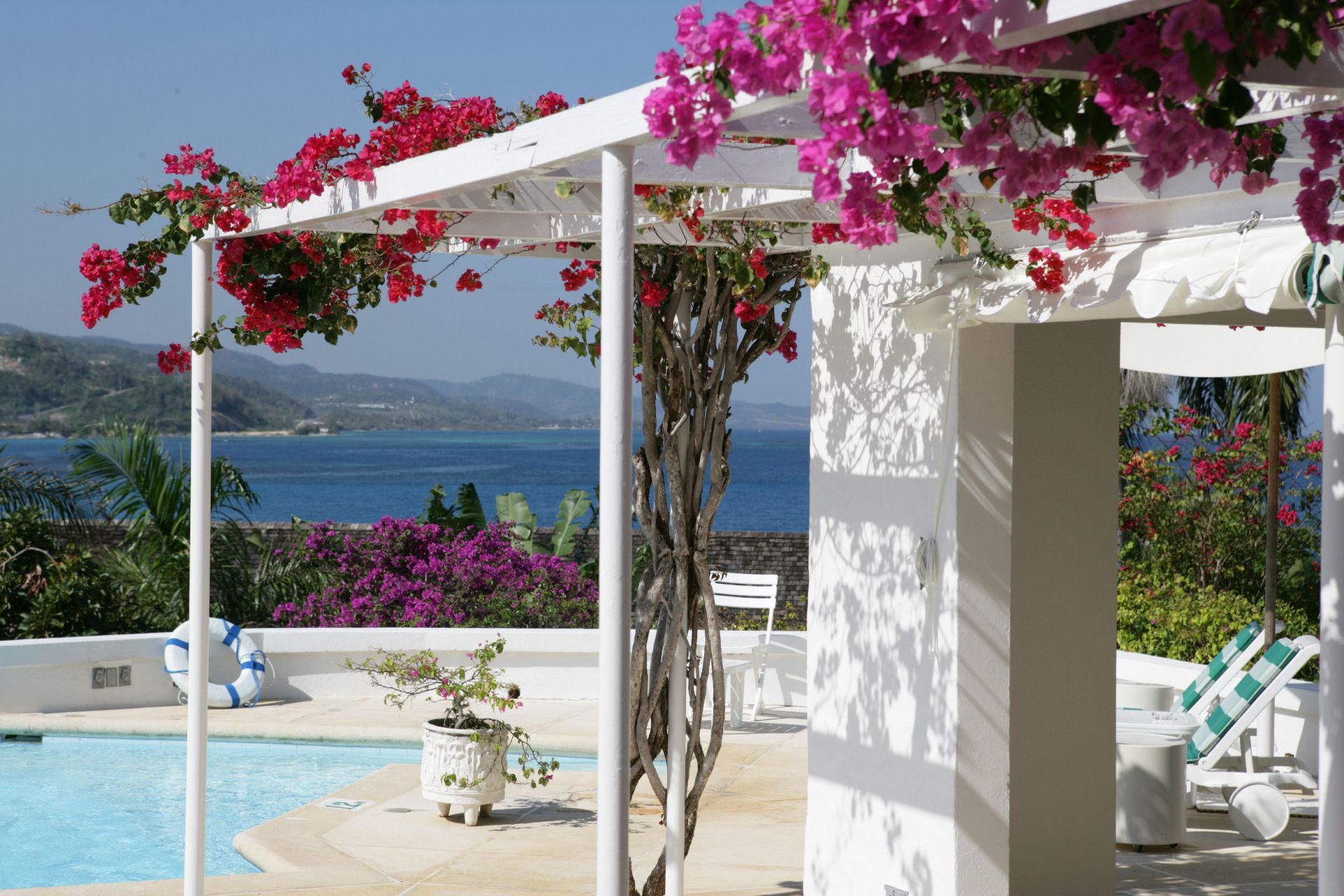 The villas have private pools.
Round Hill Resort 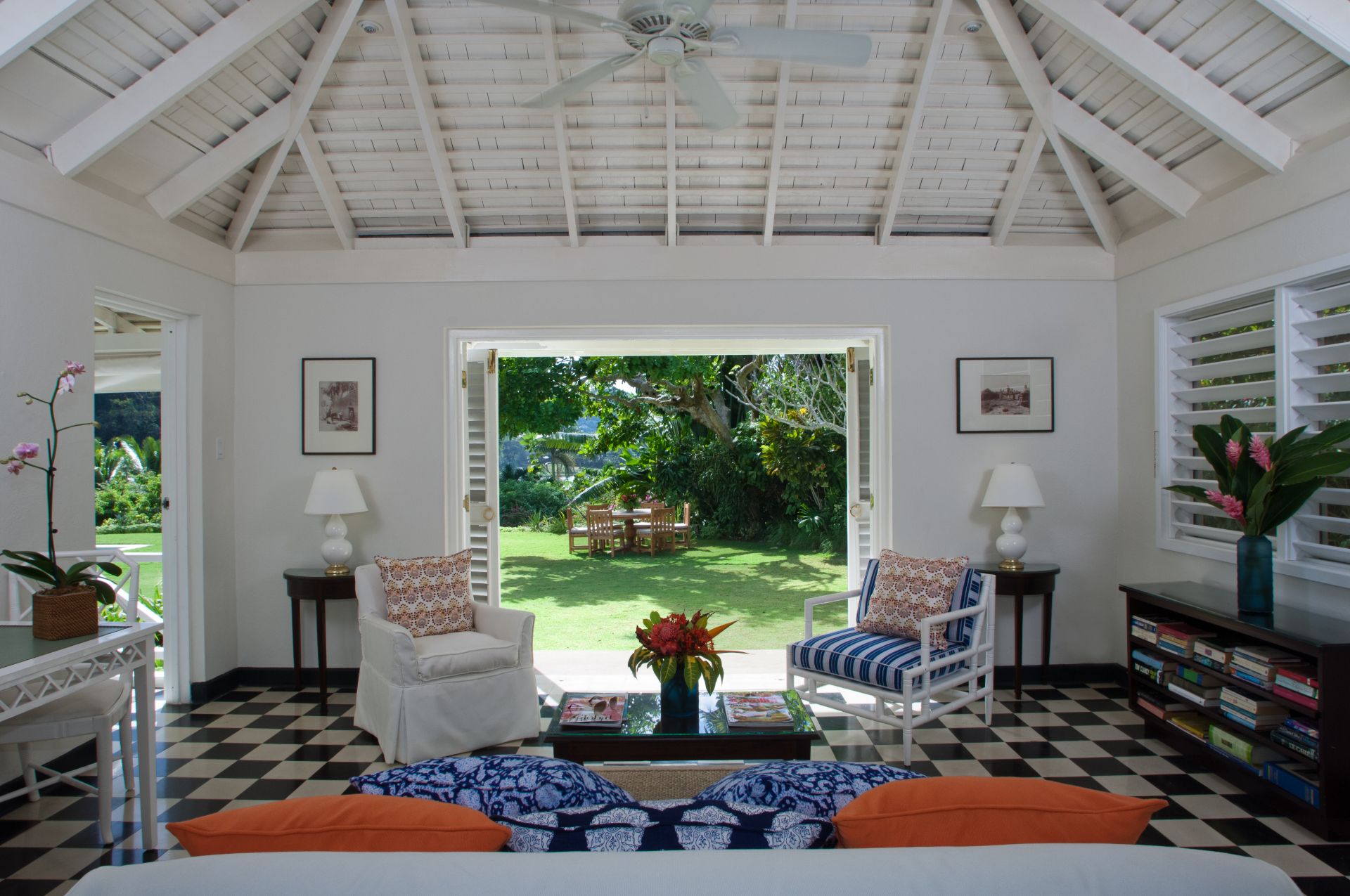 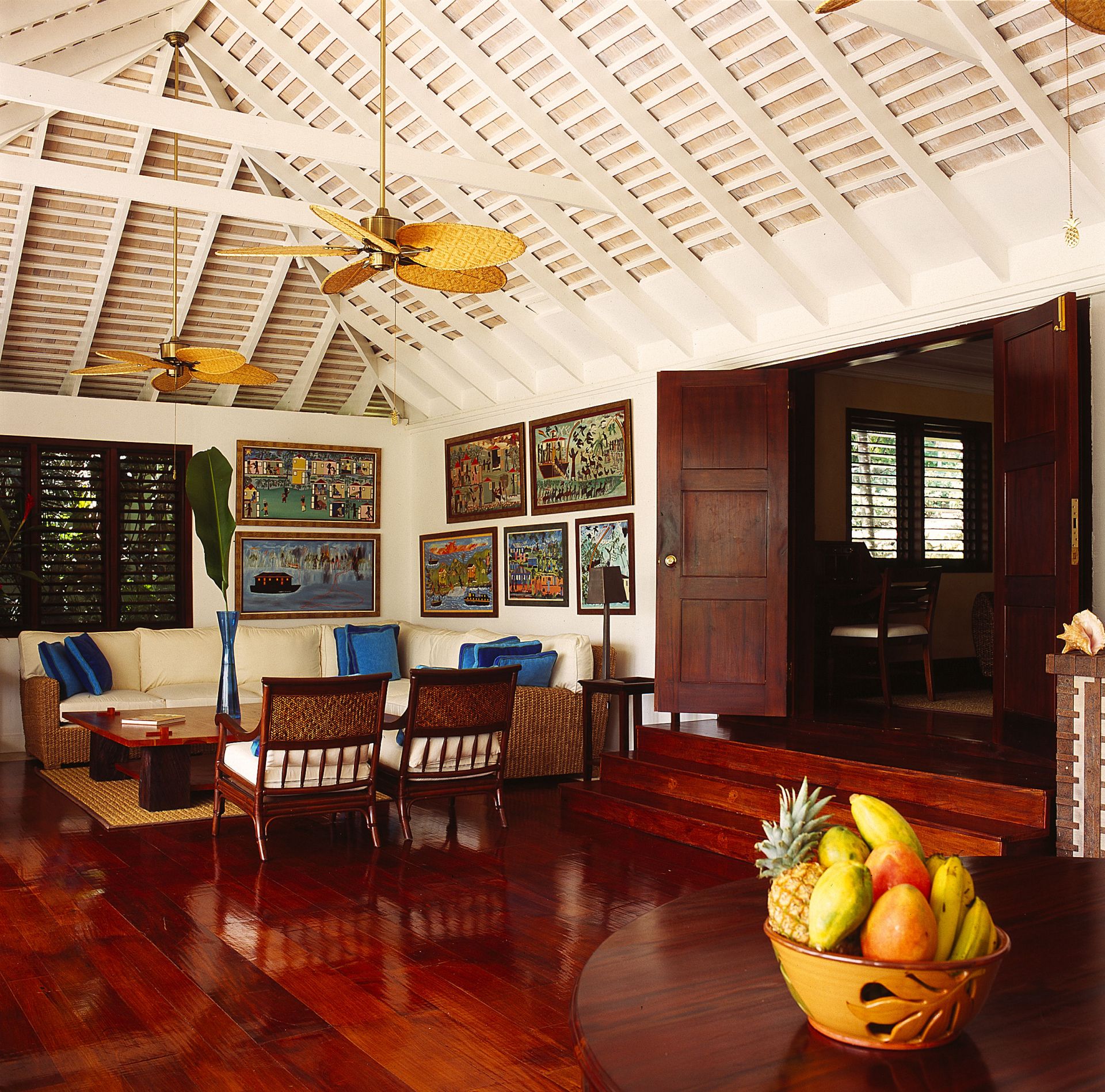 The villas include a game room and a library.
Round Hill Resort
Advertisement 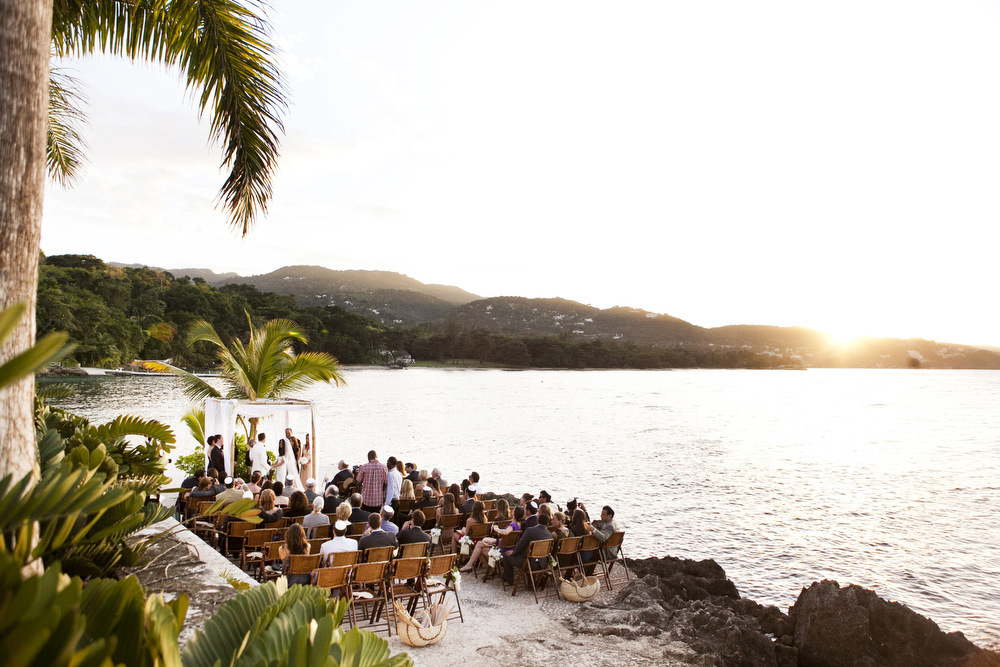 A wedding at the luxe Jamaican resort.
Round Hill Resort 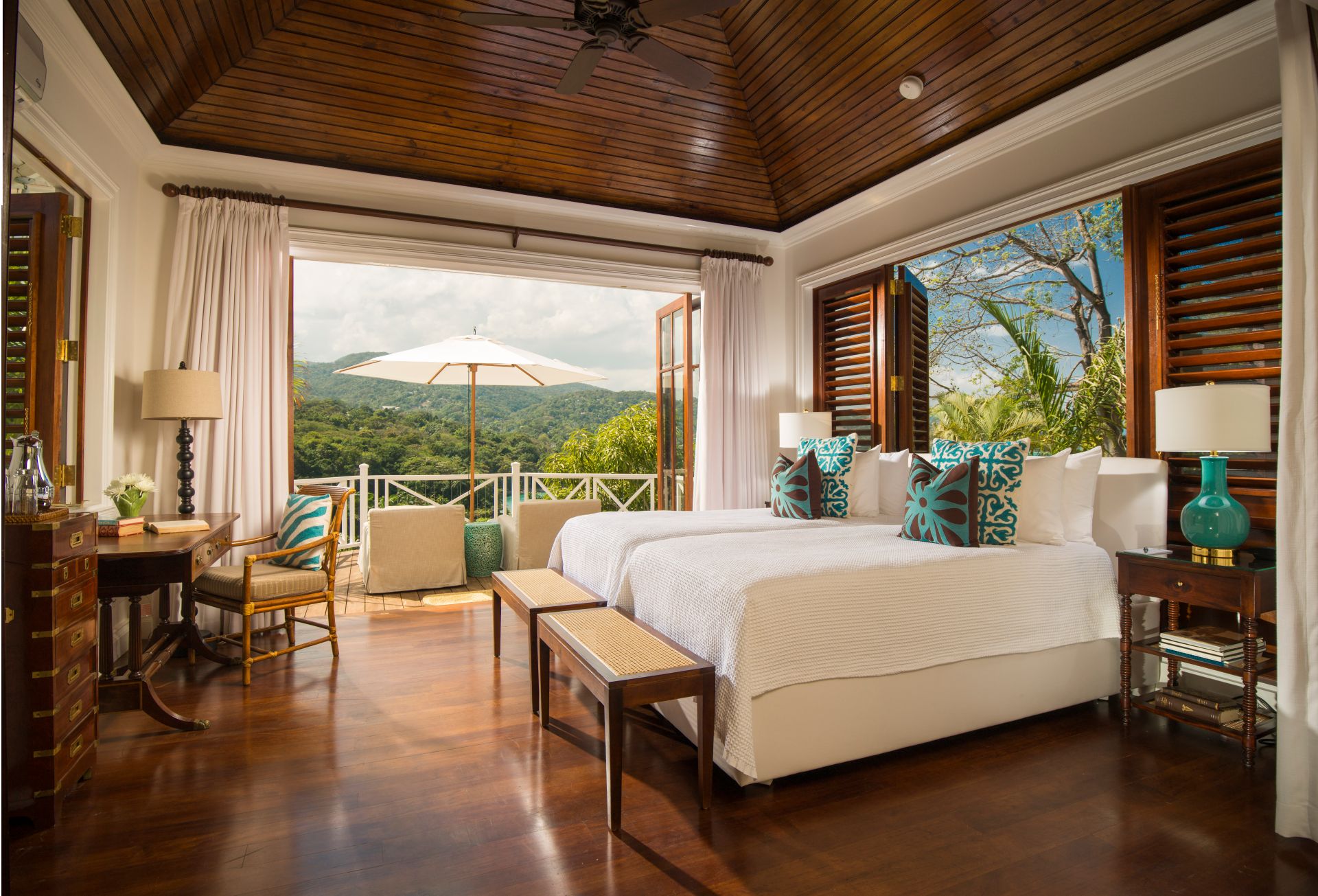 One of the luxury villa bedrooms.
Round Hill Resort 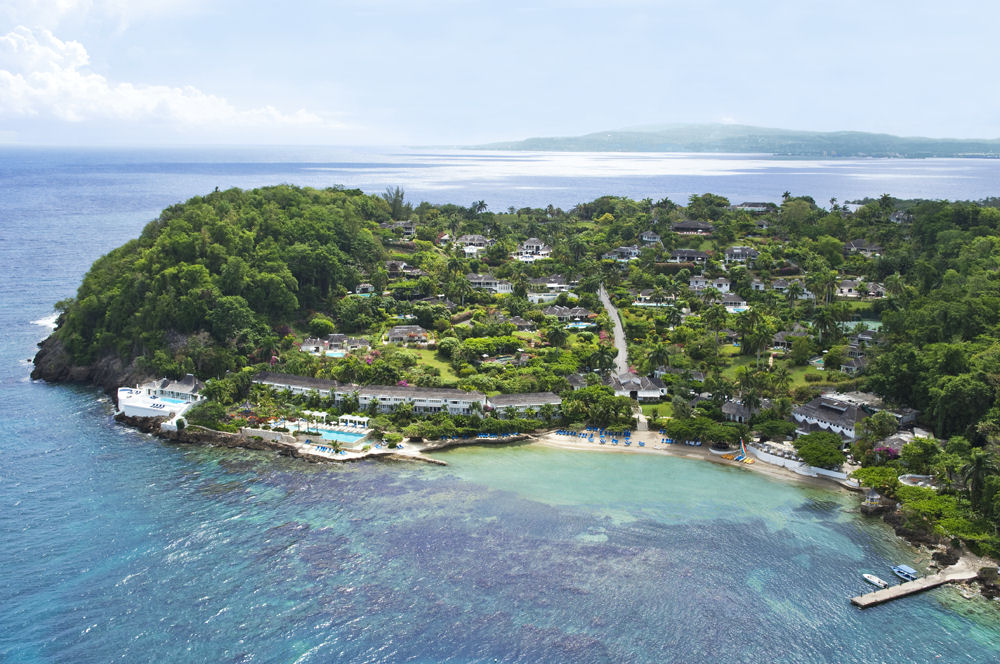 The Jamaica resort is a celeb favorite.
Round Hill Resort
Advertisement 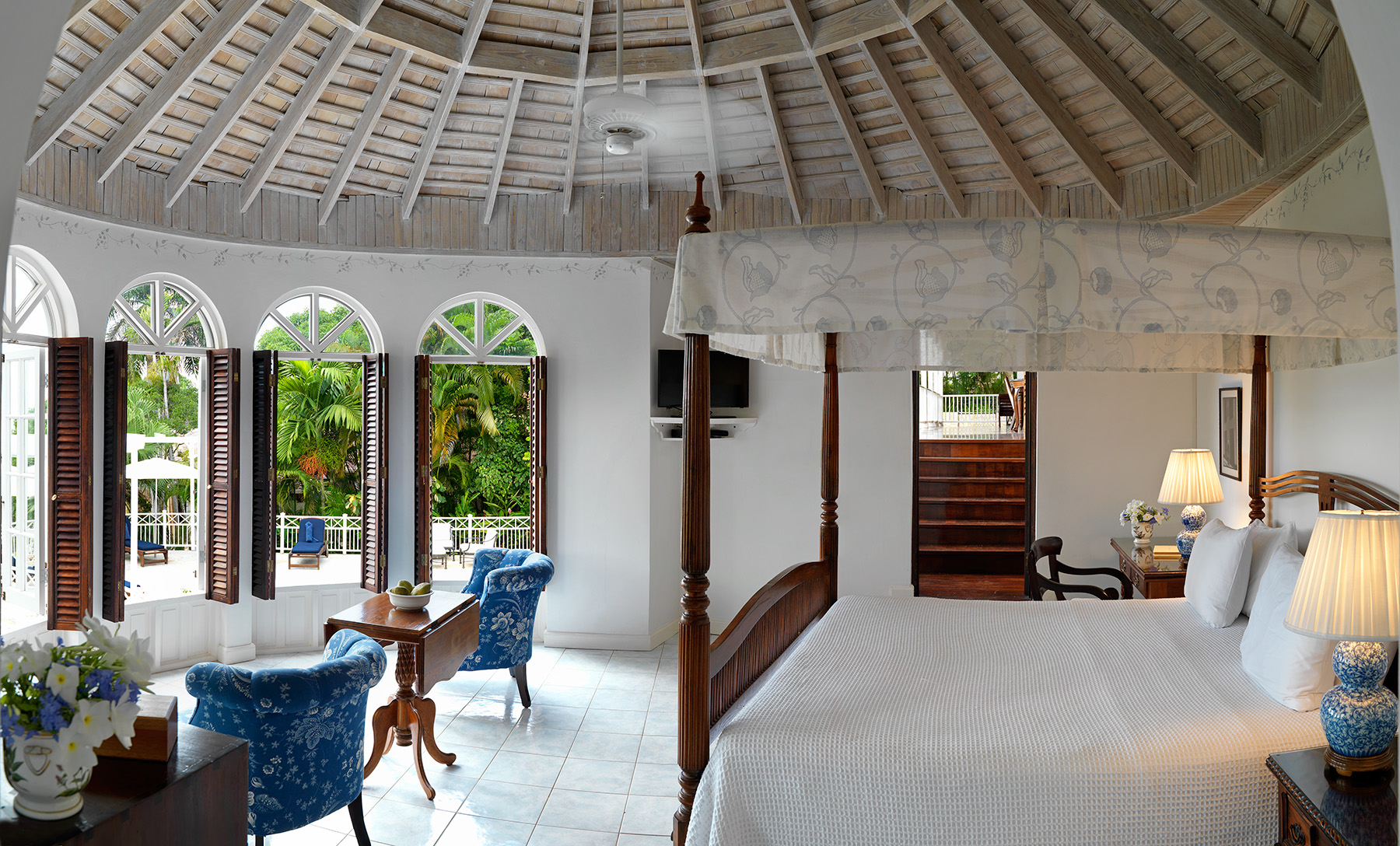 The indoor-outdoor space is amazing.
Round Hill Resort 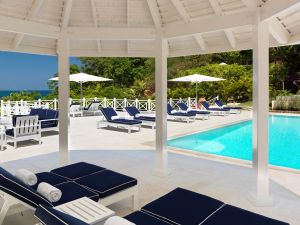 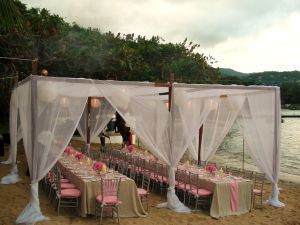 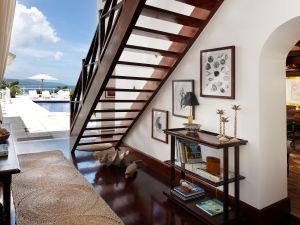 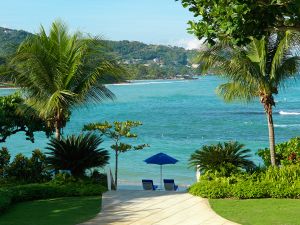 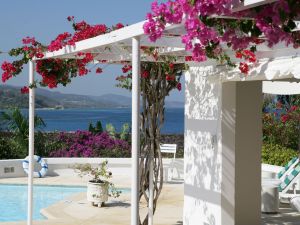 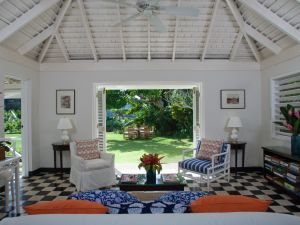 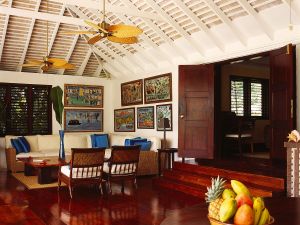 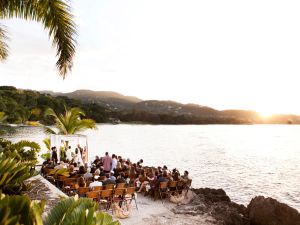 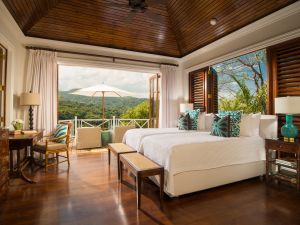 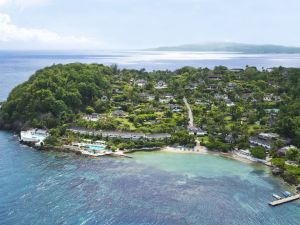 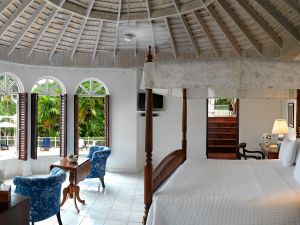 Prince Harry and Meghan Markle hit yet another relationship milestone this past weekend, when the actress joined the royal as his date for a wedding in Jamaica.

It’s not the first time the royal and his actress girlfriend vacationed together, but appears to be the first wedding they’ve attended as a couple, and an important one at that—the three-day celebration was for the nuptials of Prince Harry’s best friend Tom Inskip and Lara Hughes-Young.

Markle flew from Toronto, where she films Suits, by private jet to be by her boyfriend’s side, though Prince Harry apparently made the trip via a commercial flight.

The festivities began on Friday, and took place at the luxe Round Hill Hotel and Villas in Montego Bay, a picturesque 110-acre resort. We wonder if Markle gifted the new bride with a dream journal, à la her gift to Kate Middleton.

As expected, the hotel staff was reportedly asked to sign nondisclosure agreements to keep the festivities private, though a few photos of the couple have popped up across the Internet. The actual ceremony took place at Hopewell Baptist Church, per Vanity Fair, where Prince Harry was an usher in the wedding party and Markle wore a floral maxi dress, which is getting an almost Kate Middleton amount of attention.

The lavish resort is comprised of 36 Ralph Lauren-designed oceanfront suites, as well as 27 luxury villas. Prince Harry resided in one of the villas during his stay, and though it’s not entirely clear which one precisely he chose, we think it’s safe to assume the shore side villa the royal stayed in is of the premium luxury villas, which range from four to six bedrooms, per the resort’s website.

Each of the villas is custom-designed, with two pools and multiple outdoor showers. Aside from ocean views and open-air living spaces, there is a game room with a pool table and bar games, as well as a mahogany lined library. The villas also come with on-site housekeeping staff for the stay, as well as a fresh breakfast on the terrace every morning.

The resort houses a lavish spa in a restored 18th century plantation house on 10 acres of beachfront lawn. There’s a renovated salon, a new fitness center and an open-air yoga pavilion, as well as a pool. There are seven treatment rooms, including one couple’s suite, an outdoor Vichy shower and an outdoor treatment area in tropical gardens, perhaps for one of the seaside massages. Oh, and there’s a lounge area on the lawn, for “personal reflection.”

Let’s not forget about the actual wedding celebration, of course. The resort hosts just one wedding per weekend, so that members of the wedding party receive all the attention they need. The post-ceremony festivities can take place on the spa lawn, or on the beach. There’s also the option to host the party in one of the luxury hillside villas or a private tropical garden.

Types of celebrations at the resort vary from beach parties to formal four-course meals, with personalized menus, of course, and custom décor options—there is also the possibility of a professional photographer and videographer, so perhaps belated images of the happy wedding party will be released in the same vein as Richard Branson’s kitesurfing adventures with former president Barack Obama.

The Jamaican resort is accustomed to famous guests, including royalty—past visitors include Prince Michael of Kent and Princess Elizabeth of Yugoslavia, as well as Grace Kelly, Pierce Brosnan and Paul Newman, per Town & Country. Oh, and just in case Prince Harry is getting any ideas, the idyllic hotel is a lovely post-marriage spot, as well—John F. Kennedy and Jacqueline Kennedy spent their honeymoon at the hotel.