Prince William’s dad dancing looks incredibly familiar. Every dad seems to have the same stilted, awkward dance moves, involving at least one air guitar strum. While Prince Harry might be known as the rebellious royal, Prince William’s latest stint in the club proves he might be well on his way to partying with models just like his younger brother.

WATCH: Prince William accused of being a "part-time-Prince," skipping a Royal event and caught at a club dancing: https://t.co/VjhjHoHhlA pic.twitter.com/m64509n9bH

The dad moves were spotted in Verbier, Switzerland, where Prince William probably thought he was far enough from the prying eyes of the paparazzi to really raise the roof. Instead, club-goers were watching his every move, and not in hopes of emulating them.

Eventually, the Duke of Cambridge realized he was being recorded, and he started to p0int to the camera while royal friend Florence + the Machine played. The entire situation is becoming even more viral than when he offered his wife a cocktail.

Prince William asking Kate if she wants another drink is my favourite gif to exist pic.twitter.com/aQUbMHiztr

The ordeal occurred while onlookers either rolled their eyes, attempted to snap a selfie with him or settled for an obvious combination of both.

The prince’s moves were just as dated as the songs playing. Pharrell’s “Happy” hasn’t been heard since it was seemingly inescapable in 2013. Prince William was also spotted conversing with Australian model Sophie Taylor in a brief break from bopping.

Prince William is not the first celebrity to show off dad moves while surrounded by models. Leonardo DiCaprio has been seen dancing in a similar fashion at Coachella over the years, with plenty of raising the roof included. At least Prince William wasn’t smoking an electronic cigarette.

Now, someone just needs to capture a video of Prince George dancing. It would rival the BBC Dad’s children’s hippity-hopping. 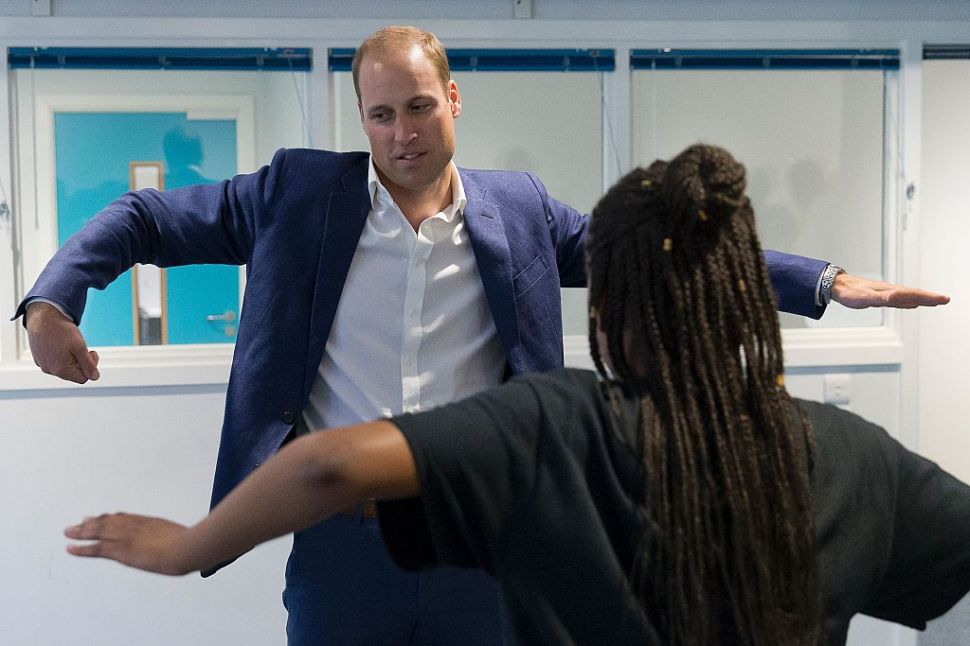