In January, Kensington Palace announced the Duke and Duchess of Cambridge would be moving their family back to London this year and taking on more official royal responsibilities.

Specifically, Prince William, Kate Middleton and their two children are expected to move full time in the fall, after Prince William ends his two-year pilot’s job with the East Anglian Air Ambulance and takes on his royal duties full-time.

Prince William and Kate Middleton have used the 22-room Apartment 1A in Kensington Palace as their official London residence since 2014; the year prior it underwent a luxe $7.6 million renovation. Now that the Duke and Duchess of Cambridge are moving to the Palace with Prince George and Princess Charlotte, of course they’re planning on completing the royal equivalent of home improvements.

Naturally, the royal couple did not personally submit the applications—instead, the Historic Royal Palaces (a charity that looks after the state apartments at the palace) submitted plans to the local Kensington and Chelsea council for a two-story underground extension; an ‘iceberg’ basement to be located next to the Orangery, in order to “free up the palace suites for the Royal Family,” per Daily Mail.

The 165-foot basement is currently in use as a restaurant for palace visitors, but the extension at the back of the building will provide more than 1,500 square feet of extra space, spread out over three floors, two of which will be below ground.

The new space will allow for some of the offices of the 100-person palace staff to be moved, so that the palace suites they occupy will be freed up for the use of the royal family. We wonder if this includes the new hire for Kate Middleton’s personal secretary, who we assume will definitely have his or her hands full with this move. Also, maybe some of the space should be for the Duchess’ hair stylist.

Aside from royal employee offices, the extension will house a “ceremonial dress collection.” The Royal Ceremonial Dress Collection is, at present, comprised of 10,000 historically important items, which date back from the 16th century to present day.

Despite the fact that the plans do note that two of the floors will be underground, don’t expect any kind of dark, dreary and damp basement, as the plans include skylights to provide light and air for employees (and the dresses).

During the past several years, the council restricted two-story residential basements due to disruptions and vocal public annoyance—apparently, many wealthy Brits wanted to add amenities including indoor pools and home movie theaters in these levels, and people were rather displeased.

The royal family is unlikely to face the same kind of difficulty—we imagine it’s hard to say no when it comes to the housing accommodations of not one, but two future kings of England. The decision from the council is expected at the end of next month.

Speaking of future kings, three-year-old Prince George is starting a new school in London in the fall, while Princess Charlotte will be in nursery school—we’re anxiously awaiting potential first day of school photos, which will probably break the Internet.

The impending London move also means the royal couple will be closer to Prince Harry, who lives at Nottingham Cottage (where Meghan Markle visited him) on Kensington Palace grounds. We’re picturing many a double date in the near future.

The Duke and Duchess of Cambridge aren’t the only members of the royal family dealing with literally palatial home renovations. Even the Queen has to cope with housing issues, as Buckingham Palace is reportedly in need of major updates, which will take about ten years to complete and cost around $456 million. 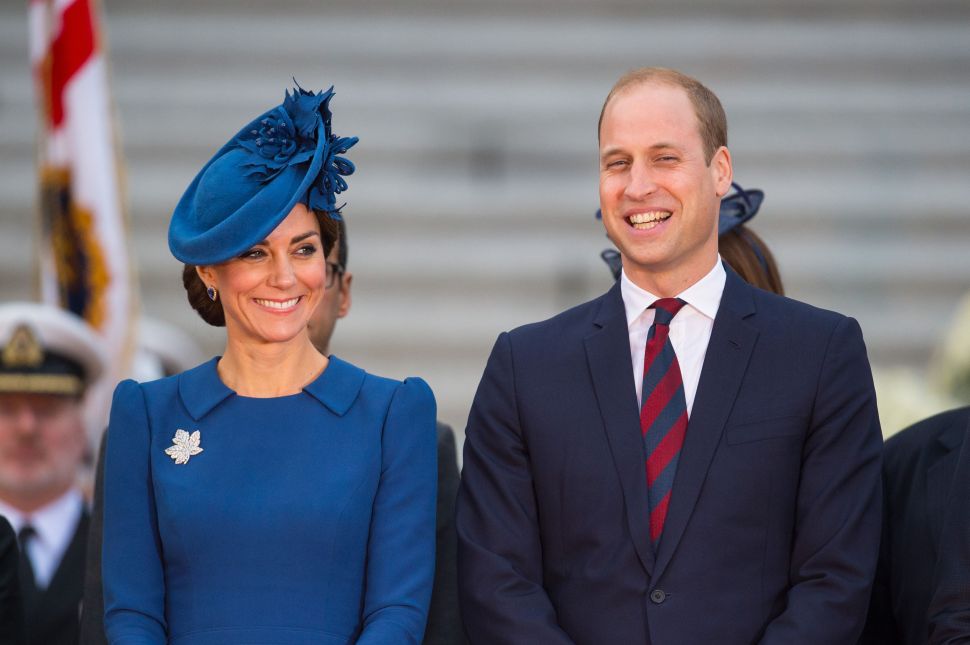