The largest economy on the planet is quickly moving to a protectionist stance in its international trade. US president, Donald Trump, has spoken of withdrawing from the Trans-Pacific Partnership trade deal signed by his predecessor Barack Obama; renegotiating or abandoning the NAFTA trade deal with Mexico and Canada; imposing a 35% tax on every car imported to the US, and even threatening China with a 45% tax on its exports to the US. This could have important ramifications for the US and other world economies.

A protectionist policy is any policy that provides an unfair advantage to a home industry versus the international competition. The practice has a long history in economics. Mercantilism – where countries augmented their power through regulation that favored their own economies – was prevalent until the 18th century. But, with trade as one of the engines of economic growth in the 19th and 20th centuries, free trade for all became the benchmark and the goal. And the US was at the forefront of establishing bodies to promote and regulate international trade such as the GATT and its successor, the World Trade Organization.

Yet forms of protectionism are still used by most states today. The European Union subsidies its own farmers and bans imports of cheap agricultural products from outside the EU. China’s currency is artificially low, making its exports cheaper – long the source of friction between it and the US. And Japan helped its industries develop with cheap loans, as well as imposing heavy tariffs on imports, forbidding international investors from buying national companies and even launching local campaigns to persuade its population to buy Japanese products instead of imported goods. To be fair, Japan has now lifted most of these measures, but it only did so when its products had become highly competitive anyway.

Economic theory stipulates that free trade makes everything cheaper and improves the quality of products, directly benefiting everyone. This stems from the fact that different countries have different production strengths. These could be a cheap workforce, technological expertise, geography or a rare resource.

The argument goes that if each country focused and specialized on what they do best or cheapest, they would produce better quality or cheaper products. These could then be traded between countries, making every consumer happier. It’s a similar principle to everyone specializing in one career and then trading things we need, rather than trying to produce everything ourselves.

Free trade has lifted whole countries out of poverty. It can bring a lot of income from abroad and can push businesses towards continuous investment, hard effort and innovation to expand their international market-share. This also applies to businesses that do not export, but now need to keep their prices low and their quality high to beat the incoming competition.

In addition, free trade strengthens the links between countries, boosts economic co-operation and, the argument goes, makes wars less likely – after all, it’s not wise to invade your customers and suppliers. This was a fundamental reason for the creation of the European Economic Community, the precursor to the EU, shortly after World War II.

When protection is a good idea

There are some important benefits to protectionism, though. As early as 1817, the founder of free trade theory in economics, David Ricardo, recognized that the outcome of free trade may well be to strengthen states with the production advantage and lead to job losses for others. In situations where capital is mobile, and without any barriers to the flow of people and investment, all production could well move to one part of the world – sound familiar?

Protectionism is also a good idea when dealing with infant industries. It gives precious time to a company to invest in its production facilities, personnel skills and gain the local consumer’s trust before the national market finally opens to international competitors. The success of Japanese, South Korean and Chinese industrialization is partly due to the fact that these countries shielded their industries in their infant stages, allowing them time to grow and strengthen before they had to compete with the industries of the West.

This argument can also be extended to important industries that are experiencing temporary problems. The Obama administration’s decision to bail out the US car industry in the wake of the 2008 financial crisis followed this logic.

Another strong argument in favor of protectionism follows the logic of Game Theory. If your competitor countries are going to offer protection to their industries anyway, then you should offer protection to your industries, too. For example, if the US government is indirectly subsidizing the American airplane manufacturer Boeing, then EU countries have a strong case to retaliate and consider subsidizing the European company Airbus as well. If they don’t, then Boeing will eventually gain a much higher market share which, in turn, might push Airbus out of business altogether.

A gamble for Trump that could pay off

So there’s certainly a case for protectionism, but Trump’s proposed policies are also a gamble. The obvious danger is that if Trump’s policies are enacted in full, they will substantially increase prices in the US.

For example, the car manufacturer Ford claims that if it moved every stage of its production to the US, then some of its cars would be considerably more expensive. Tariffs on imports would mean that all the goods imported from Asia, Latin America and Europe would be more expensive, too.

Faced with the debilitating effect of rising inflation, the central bank of the US, the Federal Reserve, might have to increase interest rates more aggressively to limit the damage. Higher interest rates will then further reduce the buying power of the American consumer and reduce inward investment. Plus, it is also likely that US trading partners will retaliate in kind, to the detriment of US exports and the companies that manufacture them, further hurting demand for American products.

The key to success lies in the confidence and expectations of businesses and consumers. If people believe that Trump’s policies are geared towards economic growth then, as a self-fulfilling prophecy, they will bring this growth with investment and spending. A possible early indication of this sentiment could be the rise of the Dow Jones stock index following Trump’s election and an unprecedented surge in economic optimism.

If American companies believe that the new policies will boost consumption of American products, rather than imports, then they have an incentive to invest in their production and hire locally. Plus, if Trump’s threat to impose huge tariffs is believed, many foreign companies that currently produce outside the US will have an incentive to relocate within its borders. Employment levels, salaries, spending and confidence by consumers and businesses will go up further, triggering even more inward investment.

The most likely way that Trump’s policies could benefit the US economy, though, is simply by posing a credible threat to US trading partners. Once the outrage against his protectionist threat subsides, a number of countries will be happier to lift their own forms of protectionism against American products and sign trade deals more favorable for US exports. American governments have long tried to persuade China to allow its currency to appreciate; now Trump intends to strong-arm them.

Alexander Tziamalis is a Senior Lecturer (Associate Professor) in Economics and Consultant at Sheffield Hallam University. This article was originally published on The Conversation. Read the original article. 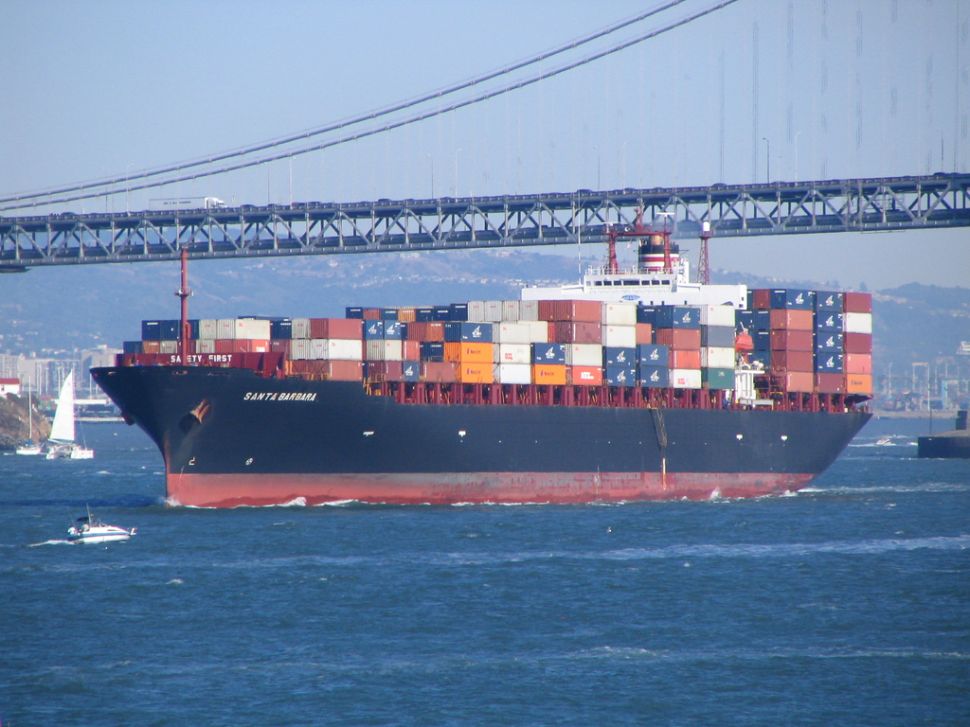