Rachel Dolezal, the former president of the NAACP chapter in Spokane, Washington who was criticized for pretending to be black for 20 years, is back in the news. The biologically white woman, who was outed by her parents in 2015, has written a new book called In Full Color: Finding My Place in a Black and White World.

In the book, Dolezal compares herself to a slave and writes about how she would rub mud on herself as a child to appear darker. She calls herself “unapologetically black” and insists race is a social construct with no biological origins.

Throughout the publicity tour for her book, Dolezal has been dogged by the same negative press she faced in 2015. But today, she faced the critics head-on during a Facebook Live interview with The New York Times.

During the 30 minute segment, Dolezal talked about her work braiding and weaving black women’s hair and described herself as “transracial.”

“I identify as racially human,” she said. “I don’t have a group. I’m on a little island.”

But arguably the more interesting conversation happened in the comments on the Times Facebook post. Thousands of people accused Dolezal of “white privilege” and criticized the Times for giving “valuable space to a fraud.” Others used humor to make fun of Dolezal’s stance.

Below, some of the most passionate comments: 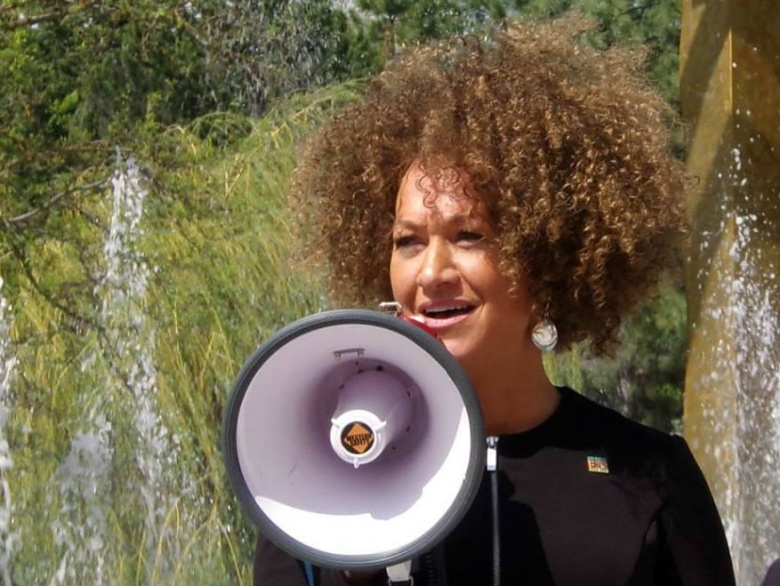