We were stunned last month in the peculiar way that only the sudden revelation of a celebrity death over social media can induce.

Michael received a message from Shouwang, one of the best-known figures in China’s vibrant underground rock scene: “Ren Hang died yesterday from suicide. This is so terrible.” Shouwang wrote from Australia, where his band Carsick Cars was about to headline the Sydney Psych Fest and was referring to his friend, a widely known photographer who lived and worked in Beijing. Thirty minutes later, Shouwang sent another message: “Pretending to be happy is so difficult.” Over the next few days, Michael saw or received message after message from musicians, artists, and even his Peking University students, expressing shock, dismay and frustration over the news.

Josh, who writes about contemporary art for a Beijing magazine, also received a sudden barrage of texts and saw an immense outpouring of grief from artists, curators, gallerists, writers, musicians, filmmakers, and Ren Hang’s friends (and models) online. Within an hour, there was a lengthy obituary for the photographer circulating widely on WeChat, China’s most popular social messaging app.

Ren Hang was born in Jilin, a rustbelt province in northeastern China. He moved to Beijing to attend university 10 years ago, at the age of 19, and he began taking haunting and slightly surreal pictures of his college roommates. Within a few years, he became well-known among young Chinese artists and international collectors as one of the most interesting young photographers from China.

Ren Hang was friends with several musicians in the Beijing underground and an avid fan of Carsick Cars, whose shows he attended from their earliest days. Through those early shows, he met and became friends with Shouwang—who would eventually pose for him—and several other musicians in the scene. He remained part of the Beijing music community as a friend and artistic collaborator long after he had become internationally known for his photography. Four days after his death, for example, Helen Feng, another well-known Beijing musician whose band Nova Heart was memorably photographed by Ren Hang, posted a tribute to him on her Facebook page. She described him not as a celebrity artist but rather as “someone who loved music, loved to go out, enjoyed hanging out with friends and working at a manic pace.”

Ren Hang was not just an insider, an “artist’s artist.” Many people outside China’s creative scene knew his work and identified with his aesthetic. Sadly, as is so often the case, his reach only became apparent through the waves of disappointment and shock set off by his suicide.

In retrospect, perhaps the depth of this dismay was to be expected. Ren Hang, age 29 when he died, was one of a group of young Chinese artists and musicians engaged in the great task of their generation: absorbing the enormous change that China had undergone during their lifetimes—a change whose extent is perhaps unprecedented in history—and creating out of it a new, urban Chinese culture totally unconnected with the culture of his parents, and fully familiar with—but not part of—the Western culture that poured into China over the past decade.

Because he was gay—something which he neither hid nor insisted upon—and often photographed nude figures, conservative Chinese criticized his work as pornographic and anti-social, even though his nude figures were photographed with the same curiosity, innocence, and humor with which he photographed clothed figures, trees, faces or anything else. Western commentators and critics somewhat confirmed this way of seeing his work when they tried to connect his photography with the work of other dissident or subversive artists, such as Ai Weiwei. When Ren rejected these political comparisons with the same surprise with which he rejected charges of pornography—not because he disliked dissident or political artists, but because he simply didn’t understand why the comparison made sense—it was widely assumed that he was lying to protecting himself.

But he was almost certainly telling the truth. When he repeated again and again that his pictures were never intended to be political or prurient, he was making the same argument that so many of his peers had been making in other fields, like music and literature, which are likewise castigated by both Chinese and foreign critics as inauthentic if they don’t directly address political or social themes or fit in with patriotic or mainstream forms. As the old, parochial China of this generation’s parents has receded with astonishing speed, there has been nothing to replace it, and artists like Ren Hang have been fascinated with the complexity and chaos of the reality with which they’re left. They are busy enough simply trying to represent it; drawing conclusions seemed superfluous.

Ren Hang’s models aren’t agent provocateurs—they’re club kids, fashion mavens, unemployed slackers, 20-somethings with PR jobs, college students first encountering the big city and other artists. In other words, Ren Hang’s photographed menagerie is the generation of urban youth that’s struggling against the narratives assigned to them by their families or Western observers who are keen to cast their identity into one mold or another. The challenge and excitement that pervade his work came in part from the glee with which he invented a new way of being Chinese that flouted received stereotypes from home and abroad. Just how well he accomplished this is now painfully clear: virtually everyone we know in Beijing was touched by Ren Hang’s work and was stung by his death. 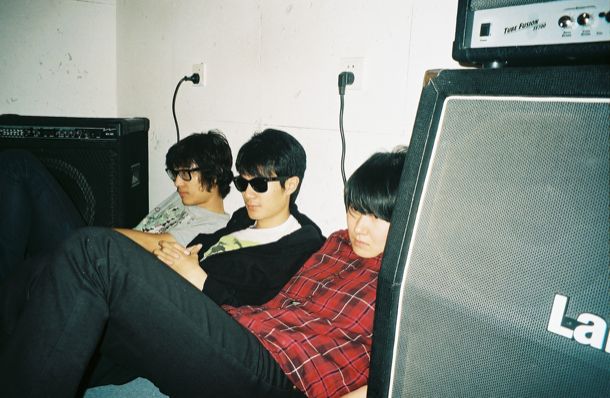