Despite this year’s more diverse slate of Oscar nominees, there are still serious gender disparities in Hollywood. Only 29 of of the 100 highest grossing films of 2016 had female protagonists—women also had just 32 percent of the speaking roles in those films, and only four were actually directed by women.

The problem is just as severe when it comes to film reviews—only 24 percent of the critics listed on Rotten Tomatoes are women.

For the second year in a row (and the third time in its history), RogerEbert.com is doing something about that.

The site, which was founded by the late film critic and is now run by his wife Chaz, has designated this week Women Writer’s Week. All of the essays and reviews on the site this week have been and will be written by female contributors. At least 16 women writers are taking part.

While Ebert’s site focuses on entertainment, much of this week’s female-written content is also overtly political thanks to President Donald Trump. For example, this morning critic Jana Monji posted a story about “Watching 1984 in Trump’s America.”

Putting a female perspective on movies and politics front and center helps to “challenge the primarily juvenile alpha male narratives that seem to be overtaking the airwaves,” Chaz Ebert wrote in an introductory blog post.

Ebert expanded on these views in an email to the Observer—she said that the impassioned response to January’s Women’s Marches showed that there is strength in numbers.

“It is absolutely more important than ever for women to raise our voices and add them to the narrative,” Ebert said.

She added that stories like the 1984 piece show that “There are unmistakable links between cinema and what is going on today.”

“Some men in power think in more simplistic binary terms,” Ebert said. “You are either a winner or loser, with no areas of grey in between.” (Trump, with his frequent references to “haters and losers,” would seem to fit into this category.)

As such, Ebert hopes to reframe the narrative this week to showcase the importance of female voices, whether writing about film or anything else.

“What I hope we hear this week, not just at my website, but all over, is the beating heart of the woman,” she said. “Most of what you will read will be articles about the movies, but filtered through the beating hearts of women.” 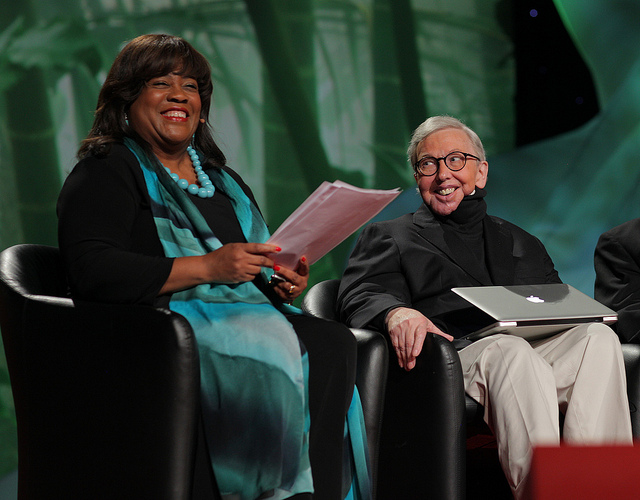