Republicans are engaging in a politically dangerous game by partially repealing Obamacare while leaving its core elements intact. President Donald Trump might have a more difficult time winning re-election in 2020 because Republicans are breaking their solemn campaign promise to repeal Obamacare fully.

I am no expert in health care, but I do remember that Republicans promised repeatedly that they were going to fully repeal Obamacare.

In 2015, the budget produced by House Republicans explicitly promised that it “repeals Obamacare in full—including all of its taxes, regulations and mandates.” On May 15, 2015, Senate Republicans on the Budget Committee made the same promise whey they pledged that the Senate budget “provides for repeal of Obamacare to start over with patient-centered reforms.” In 2017, these same “leaders” are running away from those promises.

Americans voted for Republicans enough for them to control both chambers of Congress, yet these same Republicans are advocating for a Trojan Horse piece of legislation that purports to be a “repeal and replace” of Obamacare when it is really a “partial repeal and repair” of Obama’s signature law.

One can call it Ryancare, Obamcare-lite, or Obamacare 2.0, but it isn’t a full repeal of Obamacare, because it repairs more than it repeals. The American people will not be fooled by this squishy legislation that keeps the core elements of the misnamed “Affordable Care Act.”

Somewhere, Obama is on a beach sipping a margarita and saying, “I told you so.”

Ryancare sets up a number of expiring provisions that will remove healthcare benefits from millions of Americans in the months leading up to Trump’s 2020 bid for a second term.

Chris Jacobs of the Texas Public Policy Foundation writes that the plan also falls short of fundamentally removing federal control over supply and demand of healthcare. According to Jacobs:

Philip Klein of the Washington Examiner points out that this bill sets up a series of “cliffs” for the “two major spending provisions” of Obamacare: the Medicaid expansion and Obamacare subsidies. Klein writes, “House Republicans on Monday released their long-awaited healthcare bill, but the plan would only repeal major parts of Obamacare starting in 2020—when the political world will be engulfed in the next presidential election.”

It’s as if the Republicans in Congress are trying to sabotage Trump by creating a time bomb provision that politically explodes in an election year.

The text of the bill as introduced is broken into two parts at the House Ways and Means Committee and the other half at the House Energy and Commerce Committee web sites.

Substance aside, this bill is a political nightmare for conservatives. The legislation will enshrine a government managed healthcare system for Americans going forward and will leave the base of the Republican party despondent. Just as the left is getting fired up for 2018, Republicans in Congress are preparing a bill that will extinguish their base’s enthusiasm.

Sen. Rand Paul and the House Freedom Caucus have captured the rage from liberty minded voters and are branding the bill “Obamacare Lite.”

Th House leadership plan is Obamacare Lite. It will not pass. Conservarives are not going to take it. #FullRepeal

One of the most dangerous impressions that may be left in voter’s minds as a result of this bill is that they can’t trust Republicans to follow through on their promises.

Republicans need to scrap Ryancare so as not to enrage the conservative voters who put them in power. By improving instead of dismantling Obamacare, congressional Republicans are setting themselves up to lose their majorities in the House and Senate in 2018.

They also endanger Trump’s prospects for a second term by setting up the expiration of benefits for millions of voters in 2020. Congress still has time to scrap this effort and move forward with legislation that more resembles a full repeal of Obamacare. At a time when Trump is in need of brave congressional leadership, Congress is doing him no favors. 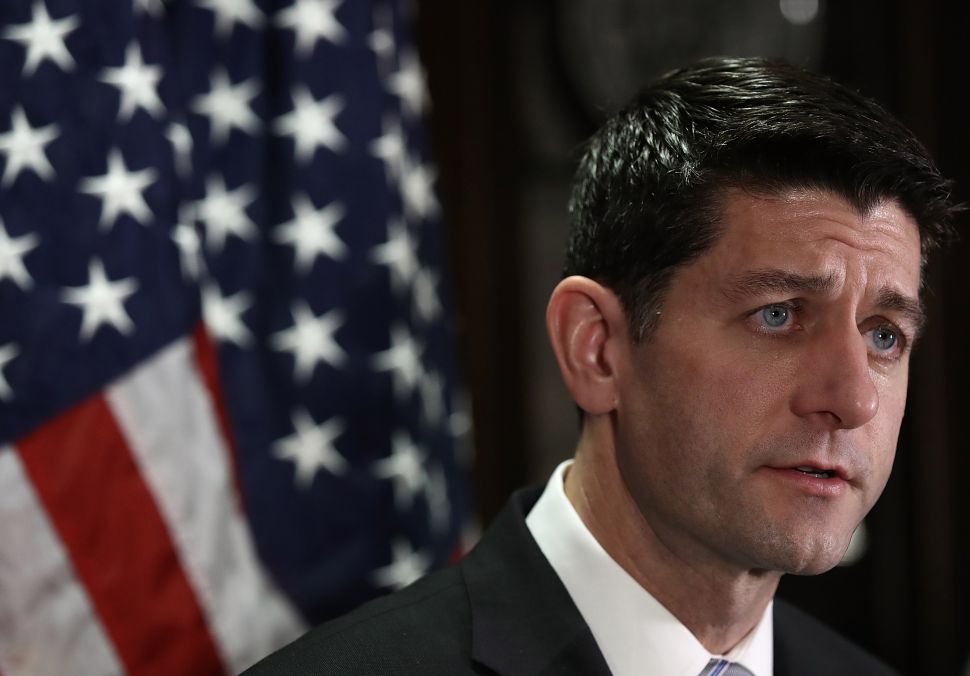