A lot of people are talking about S-Town, the elegant and well-crafted new podcast from the creators of Serial and This American Life. It’s a gorgeous and melancholy experience, immersing us in a world of hedge mazes, antique clocks and complicated family politics in rural Alabama.

There are a lot of think pieces right now comparing and contrasting S-Town with Serial, the hugely popular true crime 2014 podcast from Sarah Koenig — which is logical because they were produced by the same team of highly respected podcast producers.

If you’ve somehow avoided these articles, S-Town is the story of John B. McLemore, an eccentric estate owner who emails This American Life to investigate a murder that becomes something else entirely.

But actually, hot takes comparing the two shows are completely off the mark.

What people don’t know is that S-Town has much more in common with “Las Culturistas Live: I Don’t Think So Honey,” a live comedy show from New York comedians Matt Rogers and Bowen Yang.

Las Culturistas is an equally buzzed-about New York pop culture podcast from Forever Dog Productions. Each week, Rogers and Yang sit down with comedian to talk about the pop culture that shaped who they are today. Now you’re probably thinking, what does this have in common with my new favorite podcast S-Town? You would be surprised.

The subject of S-Town, John, goes on hours-long tirades about climate change deniers, religion and the eventual fall of civilization. This is very similar to the enlightened tirades comedians go on during Las Culturistas Live. Last week at Littlefield in Brooklyn, 50 comics took the stage and had one minute each to go IN on a topic of their choosing — or one picked randomly from “the bowl.” From soy milk that crumples in coffee to Kelly Clarkson (she needs to stop acting like she’s more than a reality show winner) — nothing was off limits.

John has a deeply complex relationship with his Alabama town — which is why he calls it Shittown. As each comic railed against topics they have deeply complex relationships with at Littlefield, it became clear many of them see New York as their Shittown. Like Brooklyn comedian Aparna Nancherla, who discussed people who get on the subway before you get off (“we are not ghosts!”). So John was basically doing “I Don’t Think So Honey’s” — the rants on pop culture coined by Rogers and Yang — this whole time.

This American Life’s Brian Reed expertly handles his role as host of S-Town, delicately juggling his interviews and difficult topics all while reaching an inner truth. Similar to Las Culturistas’ Matt and Bowen, who are experts in pop culture topics ranging from Mariah Carey to Big Little Lies. Also, both shows are sponsored by Casper Mattresses.

S-town is a masterfully-produced, surprising piece of studio art that will be discussed for weeks to come. It feels less like a podcast than an engrossing novel, like the kind I had the option to read in high school English but instead chose the shorter book. (Shout out to 1984). And also, like a good book, discussions and interpretations are open to the audience in deeper ways than if a murder suspect can get from their high school to Best Buy in 20 minutes.

Meanwhile, Las Culturistas is a seriously up-and-coming podcast that is both laugh-out-loud funny and great for 20-somethings looking for a comedy show more relatable than the Joe Rogen Experience. The show offers something for gay millennials, improv nerds and people who get their life from all things pop culture.

This weekend, if you don’t have trouble telling these shows apart, you will have trouble choosing which one to binge first.

Crimson Peak: This underrated 2016 film from Guillermo Del Toro is less a horror film as advertised, and more akin to Nicole Kidman’s The Others. With solid performances from Tom Hiddleston and Jessica Chastain, this gothic romance is low-key a lot of fun. (Added March 1)

Better Call Saul S. 2: As this AMC show gears up for its third season, now is the perfect time to get caught up. Starring Bob Odenkirk as Jimmy McGill, the man he was before he became Breaking Bad’s Saul Goodman, this show is getting closer and closer in quality to its predecessor.

The Life Aquatic with Steve Zissou: One of Wes Anderson’s best movies that sometimes gets shafted when discussing his repertoire — is now streaming on Netflix. The film tells the story of a sea captain (Bill Murray) taking revenge on a tiger shark that killed his best friend. It features great David Bowie covers from Seu Jorge — who performed many of them live at Radio City last year. 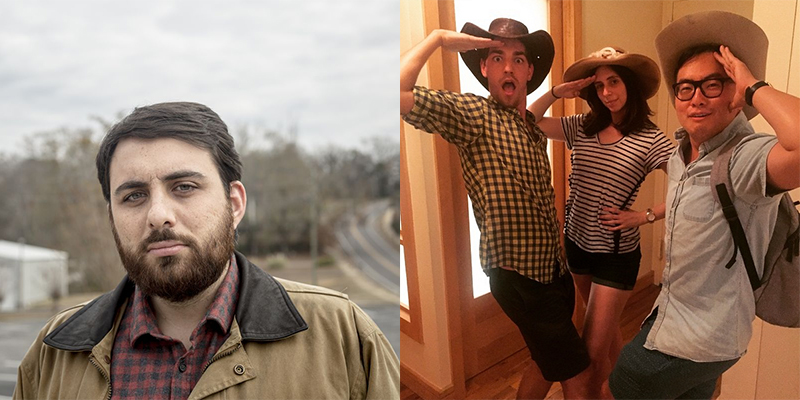