I’ll sit, staring at the screen, credit card in hand, thinking, “Put your money where your mouth is, Margo. Do it already.” Then, like clockwork, I proceed to do something else.

This scenario happens once a day as I attempt to support my favorite content producers on Patreon.

Despite being vocal about the future of media and our collective social responsibility to support quality content, I cannot bring myself to fork up the cash for something I’m accustomed to getting for “free.”

I know the cost of “free” and I still couldn’t do it, opting instead to mooch my content subscriptions from family, succeeding in making me one of the greatest hypocrites of all time.

I advocate for paying for quality and the subscription model and, admittedly, fail to participate in it.

I’m not alone in my hypocrisy.

You keep pretending to be angry about “fake news” and “click bait,” yet you continue to watch CNN and click on the vary articles that are engineered to grab your attention and send you into the click-bait-rabbit-hole-of-doom.

We all claim content should to exist in a free market where “the best content” wins (and not the best algorithm, as is currently the case), but we can’t help ourselves.

Publishing has a huge problem and I hope, Ev Williams, that you crack this nut as the rest of us wait in the wings.

But while Ev is figuring it out and the internet explodes with speculation and controversy, someone else did something rather revolutionary that went…under the radar.

In an audacious move that defied conventional “keep it short” wisdom, Harris took the most uncomfortable task among content creators and proved that the era of click-bait is beginning to end.

Harris’s podcast boasts 1 million downloads per episode with an audience built out of organic growth from an existing fan base (with a few “sponsored” Facebook posts to fans who already follow him).

He, like many others in pioneering the field of long-form content, releases a one or two two-hour podcasts per week. His fans, myself included, listen to the every episode in their entirety.

In a world where everyone purports to have no attention span, this is quite a feat (one Tim Ferris is famous for resurrecting in print and now with his equally-long podcast The Tim Ferriss Show).

The reason this works for Harris, while others lose their audience’s attention, is not rocket science.

It works because he follows what NewCo Founder John Battelle calls “the single most immutable rule of media, folks. PUBLISHING IS COMMUNITY. And if you don’t know who your community is, you’re screwed.”

Harris knows his audience intimately. Over the last 10+ years, he’s cultivated a dedicated audience of readers and listeners who’ve been following his work and (this part is important) would notice if he stopped producing content.

How many of us can say that about our work?

Harris has a genuine relationship with his listeners.

And he acts as a fiduciary to his tribe. He respects them and the attention they’ve allotted him. And he takes that responsibility seriously.

“I don’t feel like I can credibly run ads here. Even for products and services I really love and use myself. The one ad I read for a while was for Audible, which I do use and love. But even in that case, I don’t feel entirely comfortable telling you that you should subscribe to Audible. I mean…should you? Perhaps you shouldn’t? I have no idea. Let that go down as the worst Audible ad ever.” (Minute 5:18-5:42)

Most of us can sleep well at night knowing that one unnecessary Audible subscription won’t do any demonstrable harm in the world. Yet, with his trademark incisiveness, Harris puts into words the amorphous bubble of feelings you had somewhere deep down, but couldn’t quite articulate.

Through his books, his podcast, his blogs, and his Twitter feed, Harris generates an authentic feeling of connection. He’s speaking directly to the people whom he knows value his work, value the show, and care about its longevity.

In a world where most content creators are appealing to indifferent audiences they’ve built up using click-bait, hype, and over-promises that under-deliver, Harris provides a refreshing change of pace.

“I hate what ads have done to digital media anyway.”

Harris has stated numerous times that a goal of the podcast is to have civil disagreements and discussions that lead to resolution instead of ad-hominem attacks. And now he’s acting in accordance with that claim, leaving his listeners feeling protected and safe, as though someone is finally looking out for them.

“The advertising model is responsible for almost everything that is wrong online.”

Harris not simply expressing an opinion: this is a rally cry to his tribe.

It’s the perfect backdrop for the emotional appeal that comes right after: “but not running ads puts me in a position of asking you all for support.”

You can empathize with him.

You hate ads, but you love consuming your media for (what feels like) “free.”

This isn’t a podcaster asking you for money. This is you getting an opportunity to support a new version of the future.

You and Harris are in this together.  For the entire 8-minute appeal, Harris is speaking directly to you, the listener. Not to “an audience,” not to “a market,”—It’s you and Harris, alone, having a conversation.

“I’ve discovered that [podcasting is] actually the most straightforward relationship I can have with an audience and this really was a surprise to me…Just think about it. If you want to read one of my books, you have to buy that book before you’ll know whether you’ll find anything of lasting value in it. And if I want you to read the book, I have to convince you to buy it before you know you’ll find value in it.

But this podcast is free.

So as many people as possible can listen to it, which for the purpose of communicating ideas is the best conceivable situation.”

Harris’s message is clear: this is about YOU and ME.

Harris paints a picture of what’s possible if the show had more support. As a listener, you want all of these things. Better audio quality? Yes. Better, richer dialogue? Yes! Better guests? Yes!! A video component? Yes!!!

Most sales pitches begin and end here. But no one is supporting a podcast for better sound engineering and Harris knows this. All these features are “nice to haves” and they help rationalize the emotional pull the listeners feel – which is the real reason they’re choosing to support the show.

The secret sauce of Harris’s appeal is that ties your support of the podcast to a paradigm shift within the media landscape:

“We actually need a new ethic and culture of sponsorship where we support work we value. Otherwise, the work won’t get done.”

Anyone listening to an erudite academic have conversations with other academics for 2 hours 1-2x a week is interested in this conversation.

A new ethic, a new culture, supporting the work we value? Shifting the paradigm from superficial click bait appeals to long-form nuanced conversations that celebrate diversity of opinion and rational dialogue?

We’re clamoring for it.

“And if you find the podcast valuable, then you can support it. To the precise degree that you do find it valuable. Which is the transaction that most honestly reflects whatever benefit you’re getting from my work and is born of a direct relationship between you and me. There are no third parties.”

And there it is.

For anyone who has been a fan of Harris’s, this is an exciting opportunity to support the vision for the future you’ve been co-creating with him over the past decade.

For everyone else, it’s a unique moment in time and what it means for media.“Of course, this is a much bigger issue than whatever happens on this podcast.”

For the full appeal, you can listen to Sam Harris’s Waking Up podcast #68 Reality and the ImaginationA Conversation with Yuval Noah Harari. The 8-minute ask referenced in this article is between minute 4:48 – 12:24.

Margo Aaron writes about the dubious underbelly of marketing and other lighthearted topics at That Seems Important. Follow Margo on Twitter: @margoaaron 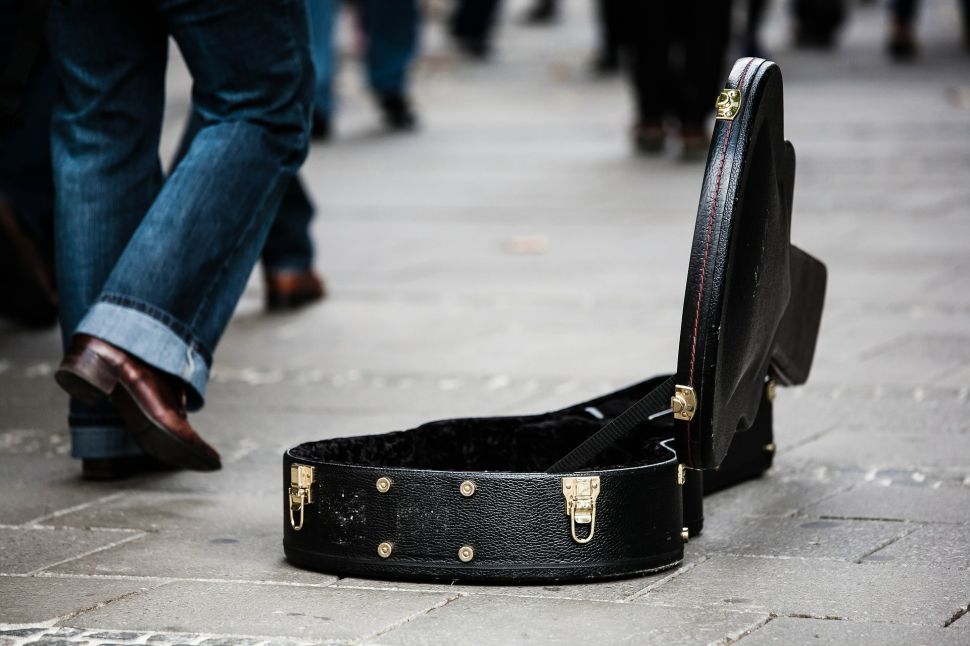