Literature on the screen is not everyone’s favorite style of filmmaking, but when a good novel is intelligently rendered and sensitively adapted, with every nut and bolt in place, nothing thrills me more. Such a film is Nick Payne’s adaptation of Julian Barnes’ prize-winning British novel The Sense of an Ending, an exemplary work about the way we select and file our memories, conveniently editing what we choose to forget. Directed with polish and restraint by Ritesh Batra, this is a gripping film that seizes your focus and never lets go. If this one fails to move you, then you don’t really care much about the power of movies.

The Sense of an Ending investigates the sensitive, nuanced, quietly observed pieces of a man’s life after he’s forgotten to remember the important chapters of the past. The man is Tony Webster (honestly and completely portrayed by the great Jim Broadbent), a dour, circumspect, not especially friendly or likeable man in his 70s who owns one of those tiny, perfectly stocked specialty shops that make shopping in London such a rarefied pleasure. (One of my favorites sells nothing but buttons.) Tony specializes in Leicas and other valuable, second-hand cameras. His life is populated only by two women—his tautly wired and easily irritated ex-wife Margaret (Harriet Walter) and his lesbian daughter Susie (Michelle Dockery), unmarried and expecting a baby. The balance and order that defines Tony’s solitary existence is suddenly interrupted when a legal letter arrives from the recently deceased mother of an old girlfriend named Veronica, promising him a cash bequest and his long-forgotten college diary from 50 years ago. Curious about its contents, Tony launches an inquiry to find out why it was withheld, only to learn that Veronica has no intention of parting with it. The mystery begins.

In a series of flashbacks, facts about the past slowly emerge, revealing Tony’s college years, his fascination with the elusive Veronica and his hero worship of his best friend Adrian (all three wonderfully enacted by Billy Howle, Freya Mavor and Joe Alwyn). Eventually Veronica deserted Tony for Adrian and Tony excised his friendships with both of them in a regrettably nasty letter wishing them misfortune and a miserable future. In time, he came to believe they produced a child, Veronica became strangely remote, and Adrian shocked the world by committing suicide. Now, half a century later and still plagued by the unsolved mysteries imbedded in his clouded memories, Tony locates Veronica (now played by the haunting and incandescent Charlotte Rampling) and discovers things about the past that has an electrifying effect on the future. Tony’s life will never be the same.

It’s a hard work to film, but Nick Payne does a compelling job of collating the facts intelligently and rendering the ironies in a rare form of subliminal cinema as satisfying as it is challenging. Remnants of long ago revive ethics, politics, aesthetics and other philosophical matters that forged a common bond between the highly charged threesome, and the consequences of mistaken sexual identity burn a hole through what Tony finally sees as reality. Thomas Wolfe said you can’t go home again, but this movie elaborates, advancing that literary proclamation to mean you can’t go anywhere again if it’s part of the past shadowed by half-truths.

This is a mature, poignant, intricately detailed film I highly recommend. In this time of dominant mediocrity, I don’t know if there is an audience for such a thoughtful and perceptive exception, but I’m glad there are still a few people around to write and direct them. 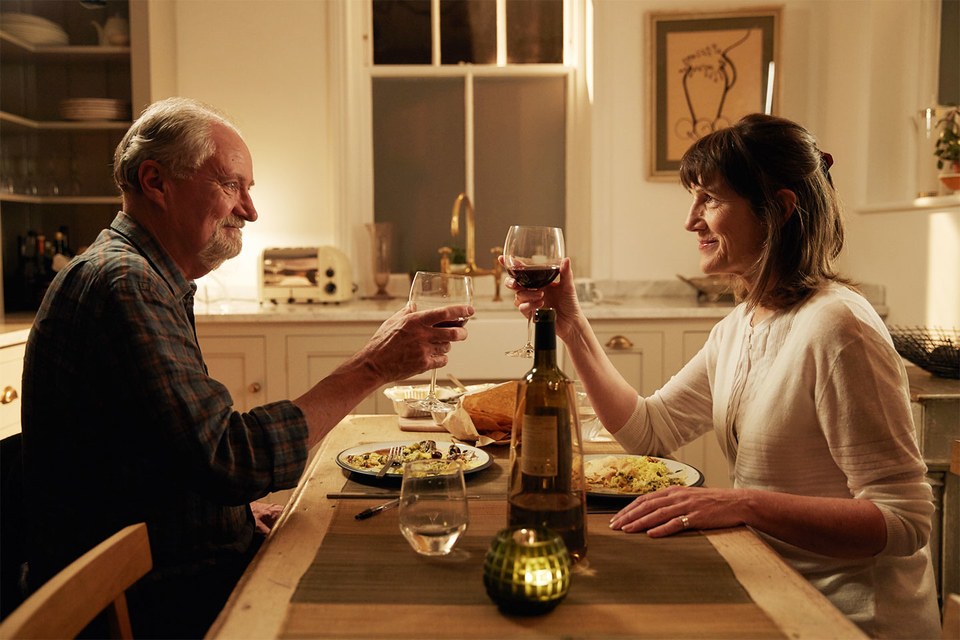