Imagine a job that you’re really excited about but turns out to be entirely different than what you had expected. That was me in college, I had one of the most high-maintenance jobs between my sophomore and junior year of college as a campaign manager in a local election.

Just before I was a teenager I had told myself that my sole goal in life was to run for political office. I was a total political junkie. I loved the idea of networking with power brokers, having a finger on the pulse of the American people, and enacting legislation that would help my fellow citizens. During high school superlatives, I was voted “Most Likely to Run for President” in addition to being voted Senior Class President. To give you an idea of how convinced I was to that I would be a politician, a friend from my kindergarten class shared a photo of a mad lib book where she scribbled in my name in crayon as “Most Likely to be President.”

However, when I was finally done managing my first campaign I had entirely scrapped the idea of ever running for higher office.

The gig started in May 2014 when I was recruited to run a campaign for the former student body president of my university. It was a daunting task, we would be knocking doors in our district practically every day. I would also be enrolled full-time at school, and would drive down to the Metro-Detroit area every day after class until November. If you’re not familiar with Michigan summers, they are very humid, very hot, and very mosquito-y. I shudder just thinking about the mayflies that covered my car and the streets. The early winters can be just as brutal with several inches of snow and near-zero temperatures.

We ran, and ultimately won, a local campaign in Southeast Michigan against a 20-year incumbent. (That district would later go on to be one of the historically blue working class districts in 2016 that tipped Michigan towards Donald Trump.) I learned a lot from working that job, and it steered me away from a career I knew I wouldn’t be happy in. I also learned about how politics actually work behind the scenes.

1. Most people don’t care about politics. Just in this past presidential election only 58.1% of eligible voters turned out to vote. The statistics only get more bleak during non-presidential election years and off-cycle local elections. When knocking doors that summer near Detroit it became obvious very quickly that most people don’t know who their local elected officials are. On top of that most people weren’t aware that there is someone they can call to complain about public works, the courts system, or even road maintenance.

2. We don’t know our neighbors very well. I was surprised to shake hands with people who lived in my state who I would have otherwise never interacted with. I did get a finger on the pulse of my fellow Americans, but it was nothing like what I expected. A lot of folks were willing to share their hardships and ways they felt their government had let them down. I felt honored to be able to have some reason at all to speak with these people, to get to know them on a sort-of personal basis and hear their stories. Afterwards I really felt we should get to know the people we live next to; even now I feel the spirit of Mr. Rogers speaking through me in neighborhood association meetings and interactions with my neighbors.

3. Most impactful legislation gets passed at the state, county, and local levels of government. Budgets for roads, local ordinances, police, fire, parks, public works. These are all functions that are managed at the smallest levels of government yet have the highest impact on peoples’ day-to-day lives. Although the news would have you believe that everything in federal government could destroy the country if you’re not paying attention, the way our government is set up, you’re more likely to find that local laws and policies will impact your daily life.

4. You spend a lot of time begging for money. As a campaign manager, I spent time calling donors, putting out flyers, and arranging fundraisers. Watch this bit from John Oliver on congressional fundraising if you want to know the road that lies ahead for many candidates. I spent a lot of time on event planning, scheduling with local restaurants, setting up seating arrangements, photo opportunities, menu selections, and everything in between. Fundraising in-of-itself is a lot of work, and running a campaign is very capital intensive with some candidates spending between $250,000 and $500,000 on state congressional races.

5. There’s nothing glamorous about the job. Constituents answering the door with their hand on a holstered firearm. Other daily obstacles I encountered include defensive dogs and overzealous mail carriers ensuring you aren’t using the mailboxes. I remember one older gentleman ran outside after me yelling that I had walked too close to his bird feeder and scared his birds away. I spent a surprising amount of time getting yelled at by constituents for issues that can only be resolved at the federal level. The possibilities here can be endless.

6. Becoming a politician can be a miserable career path. The pay isn’t stellar compared to some private sector alternatives, and until you or your candidate makes it into higher office you’ll be living on a tight budget. Don’t forget that you’ll need to make a questionable investment in attending law school which is practically a necessity for a career politician to be able to cut his or her teeth and make it to the national arena.

Also, keep in mind that people will incessantly complain to you about problems you’re likely not able to solve. Did I mention that you spend a significant amount of time asking strangers to give you money? I figured this all out at the ripe age of 20. Take my advice, it’s not an easy path.

7. Surprisingly, there’s a lot most people can agree on. At the end of the day we all want our kids to attend good schools, we want to live in a safe community, and we want our representatives in government to be stewards of our country. Although we may disagree on the means to those ends, we all have a shared interest in seeking out ideas that get us closer to these outcomes. Whether you’re a republican or democrat, we’re all Americans first.

I would encourage you to get to know your local representatives whether they are in city council, a county commission, or in your state legislature. Take the time to say hi, know your representatives, and ask questions about issues you have an interest in. These things expand your network, shows your neighbors you’re invested your community, and makes a campaign manager’s life, like mine, just a little bit easier.

Matt Joyner is a finance professional in the Metro-Portland, Oregon area. He is a 2016 economics graduate from Michigan State University. You can find him on Twitter @MattAJoyner or contact him at matt.a.joyner@gmail.com 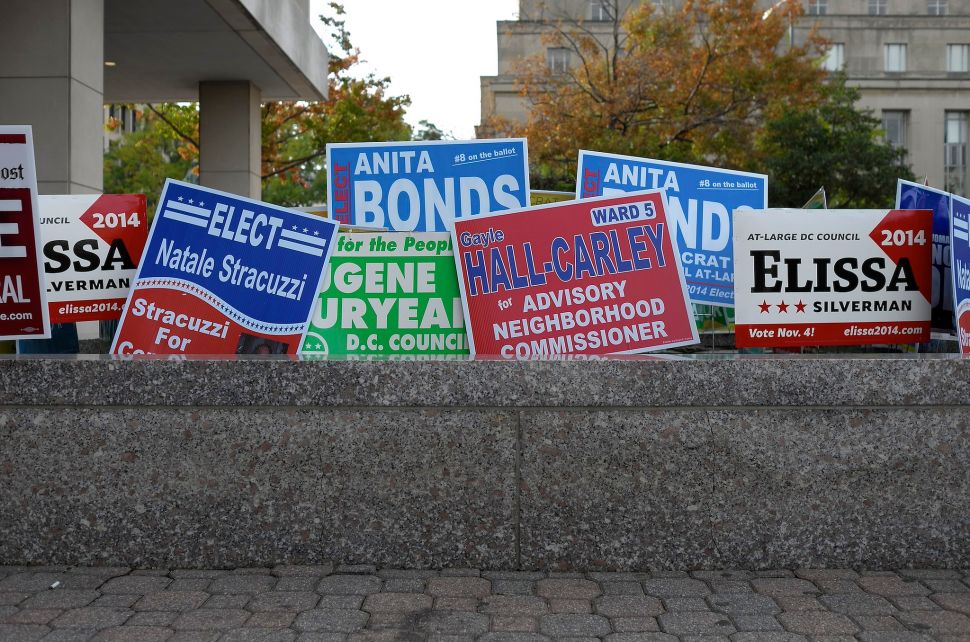