Six years have passed since the Fukushima nuclear disaster on March 11, 2011, but Japan is still dealing with its impacts. Decommissioning the damaged Fukushima Daiichi nuclear plant poses unprecedented technical challenges. More than 100,000 people were evacuated but only about 13 percent have returned home, although the government has announced that it is safe to return to some evacuation zones.

In late 2016 the government estimated total costs from the nuclear accident at about 22 trillion yen, or about US$188 billion – approximately twice as high as its previous estimate. The government is developing a plan under which consumers and citizens will bear some of those costs through higher electric rates, taxes or both.

The Japanese public has lost faith in nuclear safety regulation, and a majority favors phasing out nuclear power. However, Japan’s current energy policy assumes nuclear power will play a role. To move forward, Japan needs to find a new way of making decisions about its energy future.

When the earthquake and tsunami struck in 2011, Japan had 54 operating nuclear reactors which produced about one-third of its electricity supply. After the meltdowns at Fukushima, Japanese utilities shut down their 50 intact reactors one by one. In 2012 then-Prime Minister Yoshihiko Noda’s government announced that it would try to phase out all nuclear power by 2040, after existing plants reached the end of their 40-year licensed operating lives.

Now, however, Prime Minister Shinzo Abe, who took office at the end of 2012, says that Japan “cannot do without” nuclear power. Three reactors have started back up under new standards issued by Japan’s Nuclear Regulation Authority, which was created in 2012 to regulate nuclear safety. One was shut down again due to legal challenges by citizens groups. Another 21 restart applications are under review.

In April 2014 the government released its first post-Fukushima strategic energy plan, which called for keeping some nuclear plants as baseload power sources – stations that run consistently around the clock. The plan did not rule out building new nuclear plants. The Ministry of Economy, Trade and Industry (METI), which is responsible for national energy policy, published a long-term plan in 2015 which suggested that nuclear power should produce 20 to 22 percent of Japan’s electricity by 2030.

Meanwhile, thanks mainly to strong energy conservation efforts and increased energy efficiency, total electricity demand has been falling since 2011. There has been no power shortage even without nuclear power plants. The price of electricity rose by more than 20 percent in 2012 and 2013, but then stabilized and even declined slightly as consumers reduced fossil fuel use.

Japan’s Basic Energy Law requires the government to release a strategic energy plan every three years, so debate over the new plan is expected to start sometime this year.

Another survey by the newspaper Asahi Shimbun in 2016 was even more negative. Fifty-seven percent of the public opposed restarting existing nuclear power plants even if they satisfied new regulatory standards, and 73 percent supported a phaseout of nuclear power, with 14 percent advocating an immediate shutdown of all nuclear plants.

Who should pay to clean up Fukushima?

METI’s 22 trillion yen estimate for total damages from the Fukushima meltdowns is equivalent to about one-fifth of Japan’s annual general accounting budget. About 40 percent of this sum will cover decommissioning the crippled nuclear reactors. Compensation expenses account for another 40 percent, and the remainder will pay for decontaminating affected areas for residents.

Under a special financing scheme enacted after the Fukushima disaster, Tepco, the utility responsible for the accident, is expected to pay cleanup costs, aided by favorable government-backed financing. However, with cost estimates rising, the government has proposed to have Tepco bear roughly 70 percent of the cost, with other electricity companies contributing about 20 percent and the government – that is, taxpayers – paying about 10 percent.

This decision has generated criticism both from experts and consumers. In a December 2016 poll by the business newspaper Nihon Keizai Shimbun, one-third of respondents (the largest group) said that Tepco should bear all costs and no additional charges should be added to electricity rates. Without greater transparency and accountability, the government will have trouble convincing the public to share in cleanup costs.

At the end of 2016 Japan had 14,000 tons of spent nuclear fuel stored at nuclear power plants, filling about 70 percent of its onsite storage capacity. Government policy calls for reprocessing spent fuel to recover its plutonium and uranium content. But the fuel storage pool at Rokkasho, Japan’s only commercial reprocessing plant, is nearly full, and a planned interim storage facility at Mutsu has not started up yet.

The best option would be to move spent fuel to dry cask storage, which withstood the earthquake and tsunami at the Fukushima Daiichi nuclear plant. Dry cask storage is widely used in many countries, but Japan currently has it at only a few nuclear sites. In my view, increasing this capacity and finding a candidate site for final disposal of spent fuel are urgent priorities.

Many countries have expressed concerns about Japan’s plans to store plutonium and use it in nuclear fuel. Some, such as China, worry that Japan could use the material to quickly produce nuclear weapons.

Now, when Japan has only two reactors operating and its future nuclear capacity is uncertain, there is less rationale than ever to continue separating plutonium. Maintaining this policy could increase security concerns and regional tensions, and might spur a “plutonium race” in the region.

As a close observer of Japanese nuclear policy decisions from both inside and outside of the government, I know that change in this sector does not happen quickly. But in my view, the Abe government should consider fundamental shifts in nuclear energy policy to recover public trust. Staying on the current path may undermine Japan’s economic and political security. The top priority should be to initiate a national debate and a comprehensive assessment of Japan’s nuclear policy.

Tatsujiro Suzuki is a Professor and the Director, Research Center for Nuclear Weapons Abolition at Nagasaki University. This article was originally published on The Conversation. Read the original article. 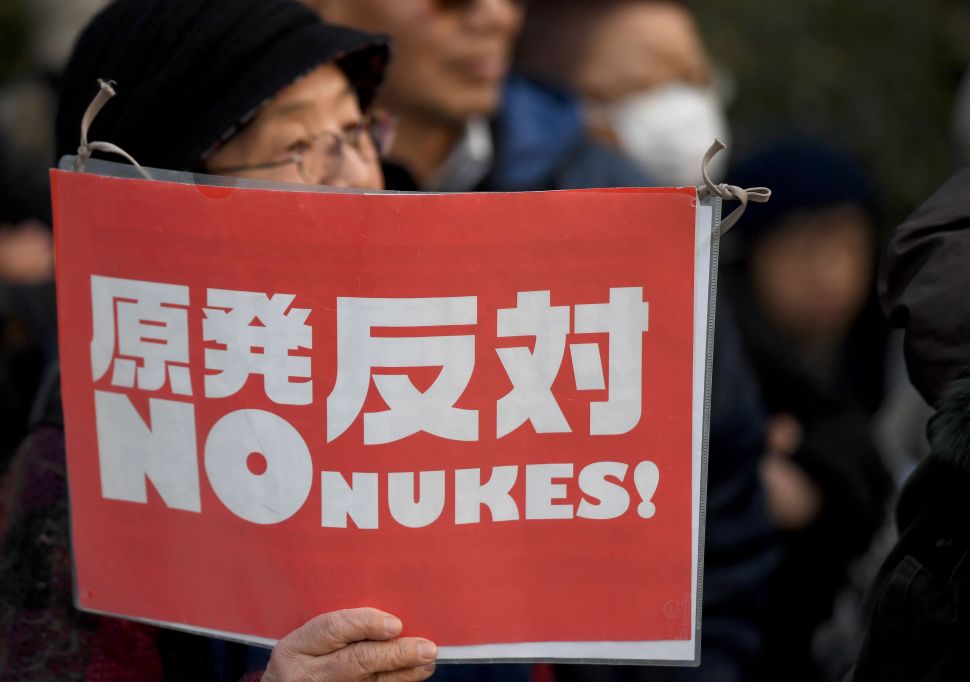