Sorority Noise frontman Cameron Boucher’s brutally honest lyrics have made him the emo revival’s king of catharsis. Every night, the singer/guitarist gets hundreds of disenfranchised youths screaming “I stopped wishing I was dead” to the tune of “Using,” the band’s now permanent show-closer. The right to life has always been Boucher’s message, on the band’s latest release, You’re Not As _____ As You Think, he tries to keep sight of that amid grave tragedy.

I listen to emo on a daily basis, and this album hurts more than most. It is also one of the best records emo has seen this decade.

The title of the Hartford, Conn., band’s new album is unwieldy, but I’ve grown accustomed to vocalizing the word “blank” when saying it aloud. Boucher told Stereogum, “The title allows me to put whatever spin I want on it at any given moment. It’s a phrase I’ve had in my life since I was younger, but now anyone can fill that space with what they want.”

That kind of flexibility works perfectly when the kind of music clicks with you. The lyrics are deeply personal and self-reflexive, yet universal at the same time.

Like The Wonder Years’ No Closer to Heaven, Sorority Noise’s new album deals with the depression and remorse in one man’s life by focusing on the death of a specific friend. Last year, one of Boucher’s closest friends from high school, Sean, took his own life.

Boucher harnesses the intimacy of these real-life moments and achieves palpable catharsis through classic emo dynamics, alternating between introspective moments of quiet and enthralling loud sections that leave your breathless shouting along.

Slow, soft songs build to heavy crescendos (“Second Letter from St. Julien”), but the record never falls into the trap of equating fast with heavy, or slow with soft. “Where Are You?” displays a surprising maturity, running the gambit from fast acoustic to slow melodic guitar to straight up jamming. And that’s just the first half of the song.

Singles “No Halo” and “Disappeared” are the most straightforward rock songs here. Still, the contrast of Boucher’s clean delivery on verses with the layered gang vocals of the heavier sections gives these tracks an extra edge. “Disappeared” even lets you think the song is ending quietly before pulling out a cavalcade of angry guitar work to finish strong.

The album’s finest moment comes from the slow “Creep”-esque melody of “A Better Sun.” You’ll get chills the first time you hear Boucher sing, “This is the part where I did cocaine to impress every one of my mouth-breathing friends” right as the guitar slides kick in and the track melts away.

You’re Not As _____ As You Think is bipolar, equal parts depression and anxiety. Diagnosed bipolar, Boucher hasn’t just written about about his illness; he’s integrated it into the band’s sound. Every track moves effortlessly between anxious soft-spoken wordplay and overwhelmed screaming. This isn’t a band who sticks to a formula, but they’ve been playing together long enough to find their sound and they excel playing within it.

Sorority Noise has always been straightforward and to the point. And that’s even harder when talking about death. In a record this self-seriousness, Boucher still knows how to land a joke.

“It’s been a while since I’ve seen God and I’m not trying to lead him on, but he’s always trying to fuck me to the tune of my favorite song” Boucher sings on “A Portrait Of.”

The most fascinating departure from Boucher’s very personal songwriting style is the use of conversation. “Letter from St. Sean” and “Car” both feature lyrics written from the perspective of a dead friend, a powerful tool used to precise effect. The subject matter does not stray far from Sorority Noise’s contemporaries, but somehow manages to borrow stylistically from them while still creating their own sound.

The smattering of fellow emo revival influences throughout You’re Not As ____ As You Think are welcome and celebrated. The humor and fast vocal delivery on “A Portrait Of” is evocative of The Front Bottoms, while there are moments when “Where Are You?” feels inspired by pop-punkers and friends Modern Baseball.

“Leave the Fan On” sounds like it was left off Deja Entendu, and that’s a compliment. Sorority Noise displays a maturity musically and lyrically that the whole album builds to. Shoot me if “tell me what it’s like to taste your own blood, and I’ll tell you what it’s like to be serene” doesn’t sound like a Jesse Lacey lyric. The result is the most beautiful and chilling five minutes on the album.

The only disappointing track is the finale, “New Room,” which is a simple acoustic song that doesn’t quite stack up to the rest of what the album delivers.

Despite the album’s depressing nature, a need to provide hope and help comes across overwhelmingly. There is a line that comes twice in “A Portrait Of” that says everything Boucher needs to say about being suicidal and still having to talk your friends off the ledge. “I’m not trying to say it’s easy, I’m trying to say it’s fine.” 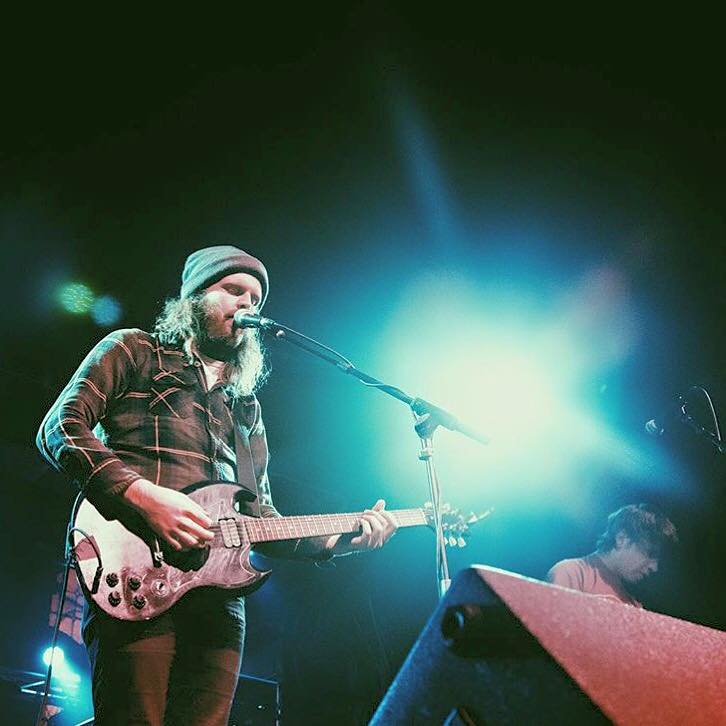