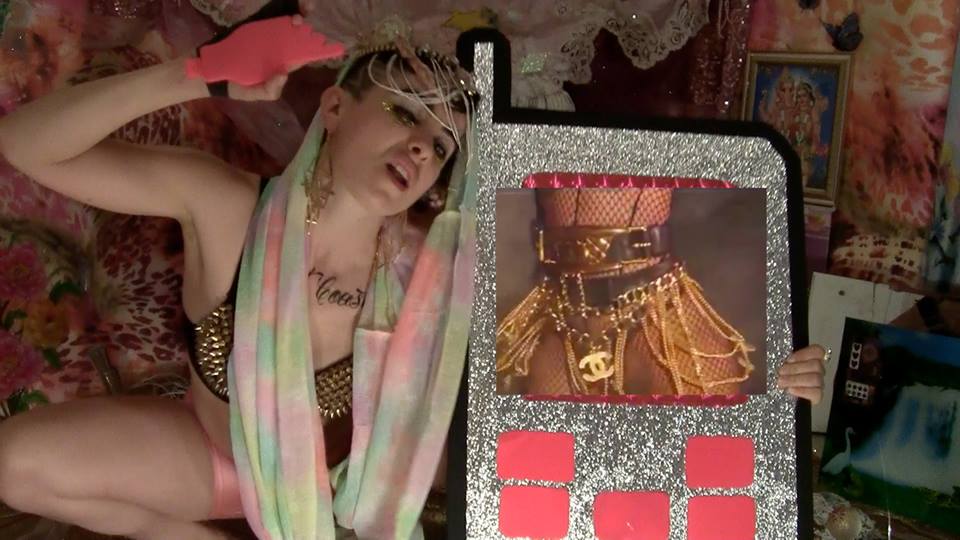 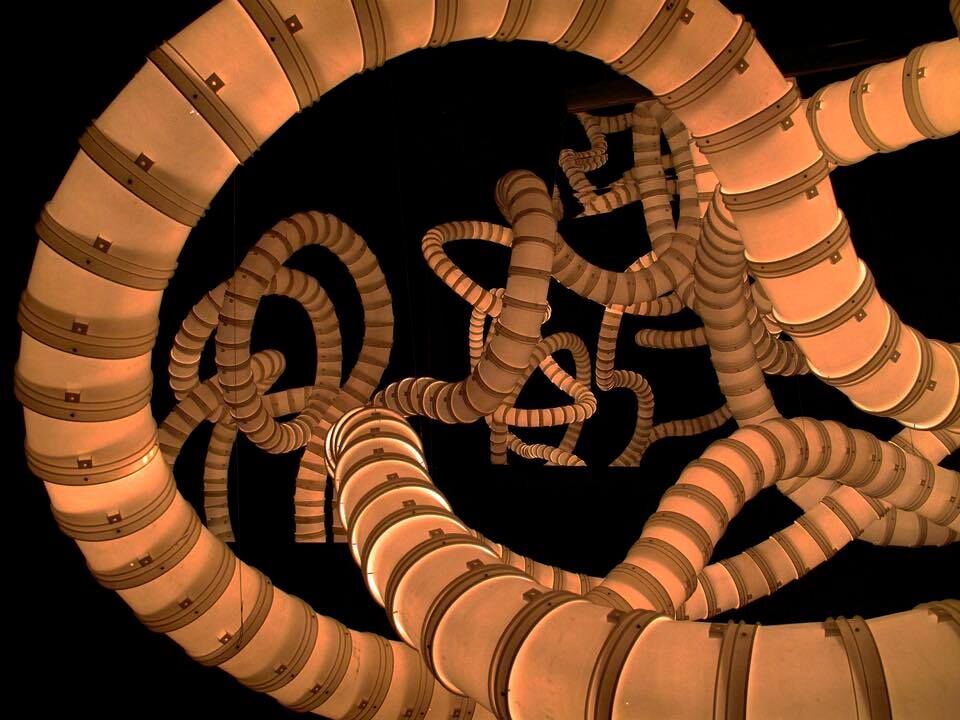 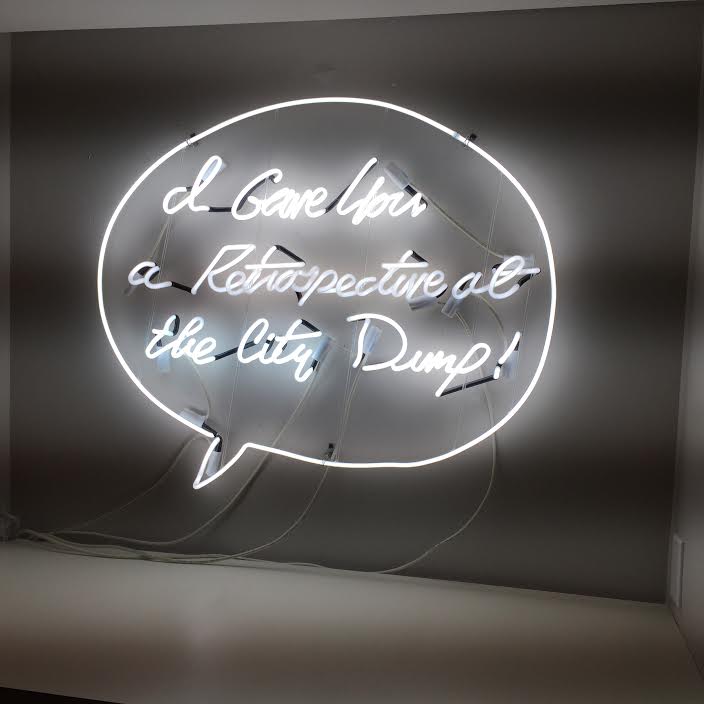 George Homer, I Gave You A Retrospective At The City Dump, 2010. Curated by Marly Hammer and John Richey.
Cait Munro 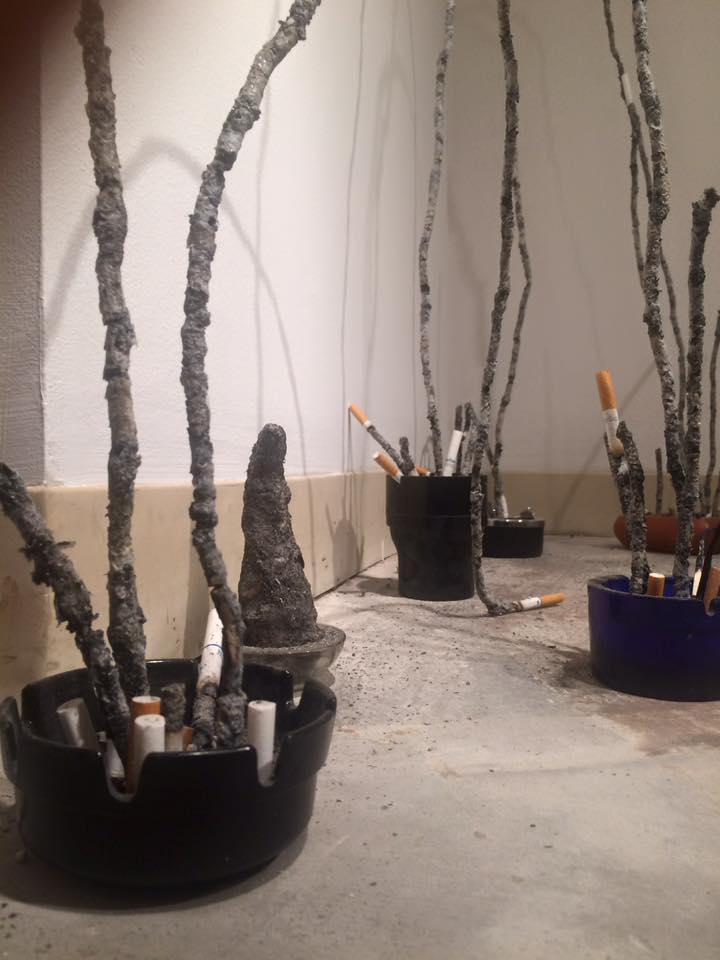 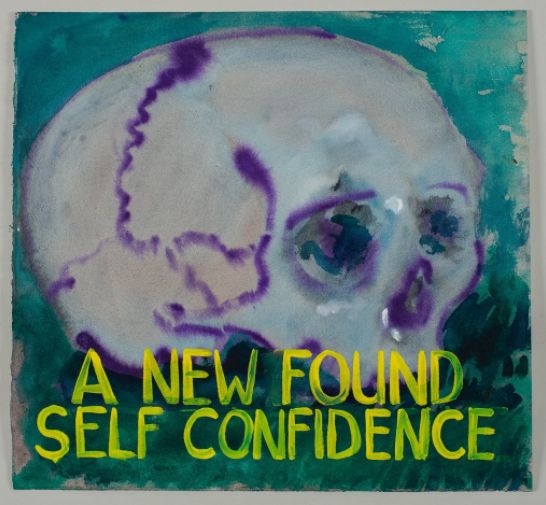 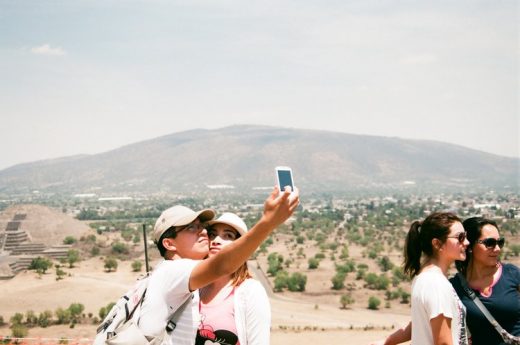 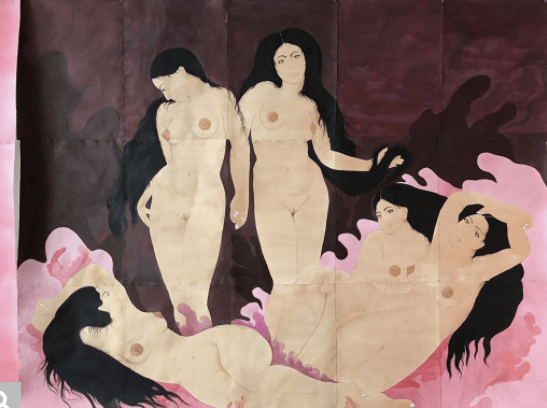 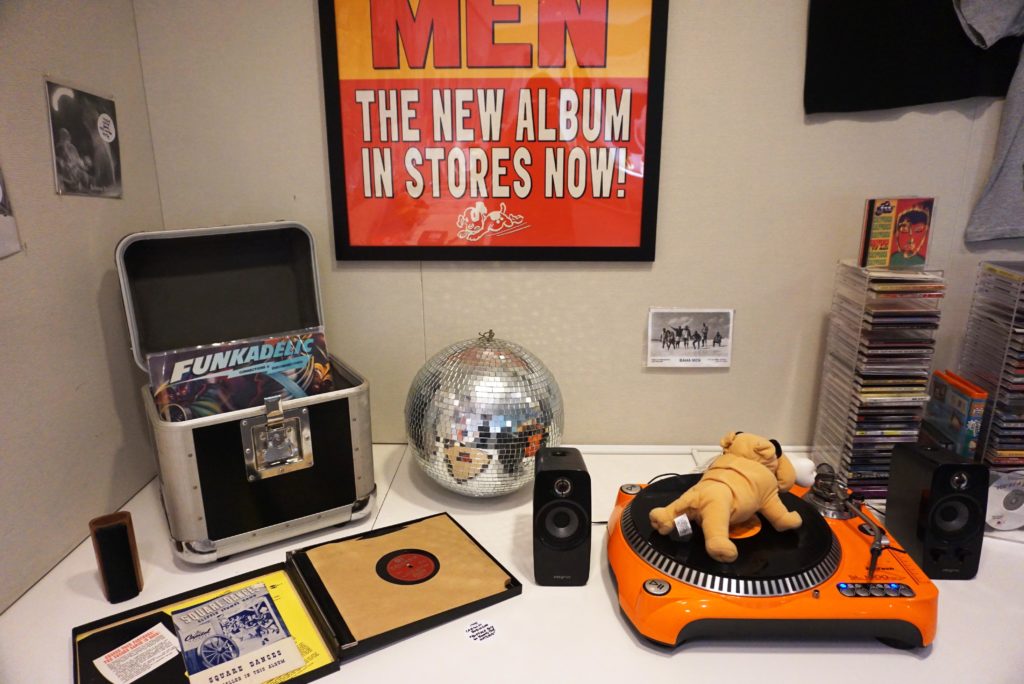 Ben Sisto, Museum of Who Let The Dogs Out, 2017.
Courtesy of the Midnight Society 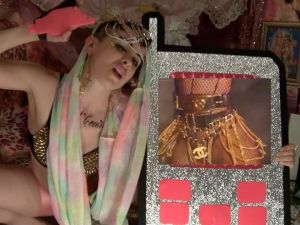 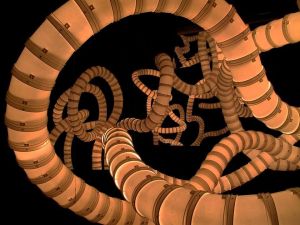 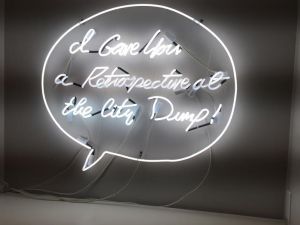 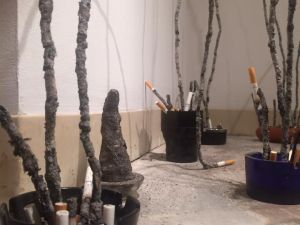 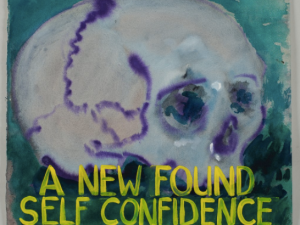 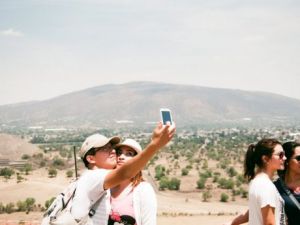 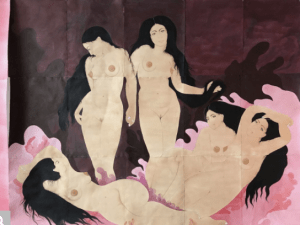 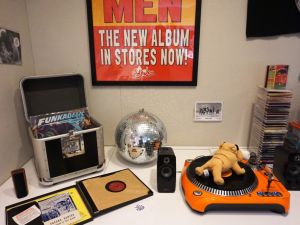 Times Square these days is hardly what comes to mind when we think of edgy. And yet, New York’s own mini-Disney is now home to an art fair that has in just a six short years earned a reputation for being the weirdest and wildest of the city’s annual Armory Week events. The fair debuted in 2011 at St. Patrick’s Old School in Nolita, and spent two years inside the former Farley Post Office across from Penn Station. This year, the beloved curator-driven art show SPRING/BREAK has moved to a new location, occupying three floors at 4 Times Square, the Midtown high rise once home to Conde Nast, through March 6.

According to organizers Ambre Kelly and Andrew Gori, this year’s edition features 155 curators and over 400 artists, who were tasked with responding to the timely theme “Black Mirror”—a nod to the BBC’s technology-inspired hit series of the same name. “The political climate ended up factoring a lot into the work, but we actually released the theme before the election,” says Gori, who, along with the rest of the team, was sporting an American flag-printed bomber jacket during the opening. “We were thinking a lot about how the artist shows themselves in their work, and we started extrapolating from there about how the dominance of the self exists in technology and social media, and even, in a political sense, how identity factors into how we think of ourselves as Americans.”

Psychological attachments to technology and the culture’s obsession with social media are popular topics explored by participants, particularly those installed on the 23rd floor; a former law office curated with a decidedly futuristic vibe. Artist Jonathan Rosen takes the now-ubiquitous “art selfie” to its natural conclusion with I Want, a giant mirror containing a small computer that runs a program which cycles through a list of desires, set to the shutter speed of an iPhone camera. When it comes time to take a selfie, the piece attempts to reveal the viewer’s innermost want. For example: the screen flashed “I want a baby” for one of my lucky friends. I, on the other hand, received “I want to party,” which seems appropriate considering it is an art fair week, after all.

Nearby is a work titled Extrospection, a site-specific psychedelic installation by Jason Peters, which also makes use of mirrors but in an entirely different way. Set inside a room so dark you can barely see your own hand, a massive, subtly glowing sculpture coils around the fabric-covered space, ricocheting off strategically-placed mirrors, not unlike a Yayoi Kusama “Infinity Room.” It may sound gimmicky, but it’s a genuinely disorienting experience.

“It’s trying to fool the eye in an interior environment to believe that it is further than it is, expanding the room,” explains Peters. “That allows it to kind of self-reference itself, so as you walk around, it’s kind of like a 3-D rendering. In this day and age with so much digital stuff, it’s an actual physical, immersive experience, but one that has digital references.”

Technology and politics intersect with Andrea Wolf and Karolina Ziukoski’s Future Past News, an augmented reality app that compares found footage from a 1937 Super 8 newsreel depicting war, death and destruction with clips from modern day news segments that show virtually the exact same thing. The juxtaposition of an iPad with the 1950s-style TV calls attention to the fact that we are, as Wolf says, “stuck in a cycle of making the same mistakes over and over again.” The work is one of the sadder, most relevant and Black Mirror-like experiences at the fair.

One of the reasons jaded fairgoers love SPRING/BREAK is that while competing fairs encourage participants to display wares inside a white box, Kelly and Gori are all about creating immersive environments. And while most often the experience results in an enjoyable sensory overload, with installations often overlapping into each other from one to the next, for anyone with even the mildest form of ADD it can be a lot to take in. And walking through an avant-garde art show staged in otherwise staid office building isn’t surreal enough, the fact that the 22nd floor used to be Vanity Fair magazine’s headquarters adds a trip down publishing memory lane to the mix. However, Graydon Carter’s old office (which apparently contains a large bolted-down wooden desk) wasn’t conducive to the installation of art and instead serves as home base for the production staff, according to Gori. But if, like me, you’ve often dreamed of setting foot upon these hallowed grounds, you’ll get an extra kick out of seeing the office covered in kitschy installations, including pink shag carpeting and fake palm trees.

It’s hard to miss that several curators used pink to create ornate, excessively feminized spaces that provide a convenient, post-Women’s March reminder that girl power is back with a vengeance. Nicole Grammatico and Christina Papanicolaou’s The Pursuit of It takes the form of a life-sized dollhouse, replete with glorious nudes by Hiba Schahbaz and Robin F. Williams, a sculpture of a flowering cactus, and a strange video of a blonde dancer half-naked in Times Square, incessantly searching for the perfect angle to take a selfie. Meanwhile, Rachel Phillips’s Psychic Dream Girls presents all the ephemera of modern femininity—glitter, sequins, yoga attire—and tosses it together with cigarettes, candy, Jane Fonda, and Katie Cercone’s deranged, shamanistic take on a hip-hop video to create a world that feels like an Instagram model’s fever dream.

But one room managed to out-kitsch them all (and that’s saying quite a lot), and not due to the addition of strobe lights or crazy carpeting, but rather the artist’s choice of subject. The Museum of ‘Who Let The Dogs Out’ chronicles artist Ben Sisto’s obsessive search to find the person (or persons) originally responsible for combining the sound of dogs barking with the query “who let the dogs out?” in the musical riff which has became a cultural phenomenon in the early aughts thanks to a group called the Baha Men. Hours of research and a collection of over 250 related artifacts have led Sisto to the conclusion that it derives either from a 1994 track called You’re a Dog by 20 Fingers featuring Gillette, or an ultra-rare demo tape called “The 2” by Miami Boom Productions.

“I’ve always been really interested in intellectual property law and copyright issues. Add boredom to that and I somehow ended up look at the Wikipedia page for the song one day and I noticed that there was a missing citation,” Sisto says. “One thing kind of led to another though and I just started learning the song has this really interesting history and the origins of the song are very feminist in nature, so it has all these socio-political connotations that I like.”

Sisto will soon be traveling to London to have the original Miami Boom sampler disks examined by a digital forensics firm to verify the exact date of their creation. But, in the meantime, he was able to connect with the duo and persuaded them to play a DJ set at the fair’s VIP afterparty, proving that at a fair like SPRING/BREAK, truly anything is possible.

The SPRING/BREAK Art Show is open March 1-6 at 4 Times Square.