About four million people visit the Statue of Liberty every year, according to stats from New York Harbor Parks. But after the events of September 11, 2001, America’s most iconic national monument was closed for nearly eight years until July 4, 2009 when President Barack Obama reopened the statue so visitors could once again climb the 354 steps to the observation deck in her crown.

Inspired by the President’s gesture, and the the public’s renewed interest in the statue’s symbolism, artist Steve McQueen took to New York’s skies by helicopter to create his film Static. The seven-minute video, in which McQueen captures Lady Liberty from from a range of angles both close and far, was recently acquired by the Museum of Modern Art. Beginning May 6, and continuing through the summer, MoMA will show the film for the first time in its atrium, in conjunction with “Inbox,” a series of installations debuting new works added to its permanent collection, according to an announcement from the museum.

“‘Static'” was completed in 2009, and it belongs resolutely to a post-9/11 world,” said writer Lori Waxman in a 2012 article for the Chicago Tribune on McQueen’s film. In his film, McQueen’s camera focuses on the surface of the statue, all its nooks and crannies, before zooming out show her motionless, stoic expression against the city’s skyline, while the soundtrack of the helicopter’s droning blades beats in the background.

“The copter noise wouldn’t frighten nearly so much otherwise, and America’s icon of freedom probably wouldn’t be so appealing a subject,” Waxman wrote.

McQueen is widely known for his feature films, including 12 Years a Slave—for which he won the 2014 Academy Award for Best Picture—Shame and Hunger. And in 1999, McQueen was award the Turner Prize, Britain’s most prestigious art award. 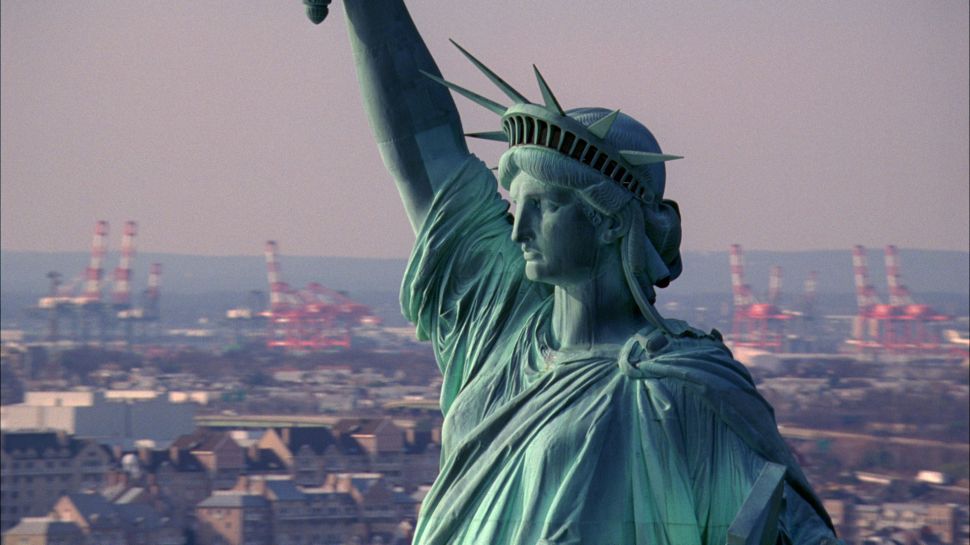