The best part of any show, in my opinion, is when the wheels completely come off and everything is flung in all directions like in Golden Axe when you kick those little elves in between levels and all the money and potions scatter around for the taking. In just three episodes of Stranded With a Million Dollars, basically about thirteen days in actual game time we’ve gone from players self-evicting because they don’t want to hold up the rest of the group and make them lose money to semi-grown twenty-somethings trying to outspend each other with their communal prize money in a spite filled rage. That episode of Seinfeld where Jerry wants to return the coat because he doesn’t like the salesman is being played out on a deserted island with $3,000 hoagies.

This is the best case scenario I could have ever hoped for. Because I don’t actually care how much money anyone wins. I’m having too much fun watching them escalate a rivalry where both sides feel like they’ve been victimized and neither is willing to give in. I want everyone to last to the end and receive a check for $350 and a piece of a tent. They spent something like $45,000 on items this week. Cody and Makani got some essential long lasting items like rice and peanut butter. Alonzo, Alex, Eilish, and Gina ordered the $30,000 all you can eat buffet at Sbarros. Plus a deck of cards.

Here’s the thing. Everyone on this show is annoying right now. I don’t mean that as an insult. If I was on this show or any show, I would also be very annoying. If anything, it’s a compliment. Everyone is annoying because they are all suffering from being stuck out in the elements for two weeks and the paranoia and delusions are setting in. Alonzo, Alex, Gina, and Eilish keep saying nasty things about Makani. When Makani says nasty things back, they call her a bully. It’s four on one. They purposely bought a tent and didn’t let her inside of it. But when she refuses to carry extra items, they accuse her of not contributing to the group. Makani poking the group is annoying. The group’s response is annoying.

Cody’s “thrive boss”, cackling into the solo camera and calling out Eilish for living in a trailer park because she “can’t handle money.” Pretty annoying. Although I’m surprised it took five weeks before Cody got into the misguided respectability politics of “you’re poor because you’re lazy.” I expected that to come much earlier. Everyone is so annoying.

But I love watching it because I love seeing them spend the money. If I was on this show with them it would be driving me crazy to keep spending the money every week. But from an entertainment standpoint, I say spend that dough. I want to really see it pushed to the limit. One huge, $100,000 buy and they just get like 100 cans of $1000 Pepsi.

Or someone gets a temptation and is just like “actually I’ll take two of these for $30,000” even though it’s not an option. This week Alex got picked for the temptation and took Alonzo. Alonzo just got finished saying he invested in the group by not taking his last temptation. But this week it was videos from home. So they took it. Another $15,000. They got to see their family which Alex said was worth much more than that 15K. What if everyone on this show got confused and thinks that this whole thing is just a Brewster’s Millions plot where they have to spend a million dollars to make $100 million? That would explain a lot. They’re not allowed to tell the audience the secret so we just have to watch them blow a cool million on $3000 hamburgers that look like Rochester Garbage Plates. Everyone at home is like “nooooo, why did you just spend $18,000 on a Nintendo Switch, you don’t even have batteries for it” but they know that they have to hit zero dollars and have nothing to show for it after 40 days otherwise they get nothing. That makes sense to me. That is a really good show. But if we can’t have that, I guess I’ll just happily keep watching these six people fight and spend money for twenty more days. It’s like The Real Housewives of Island. 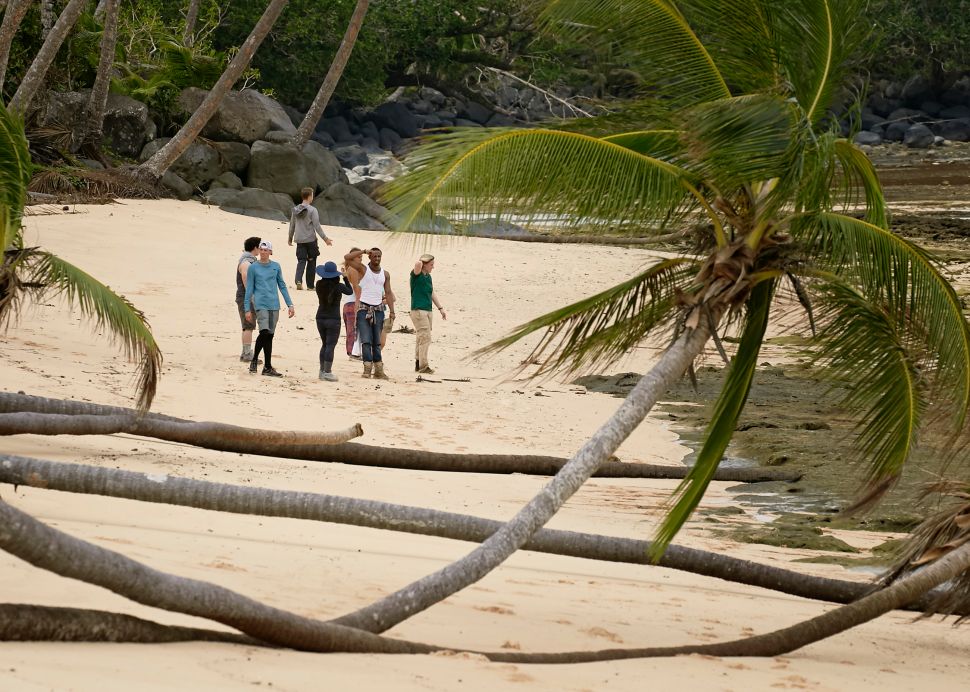