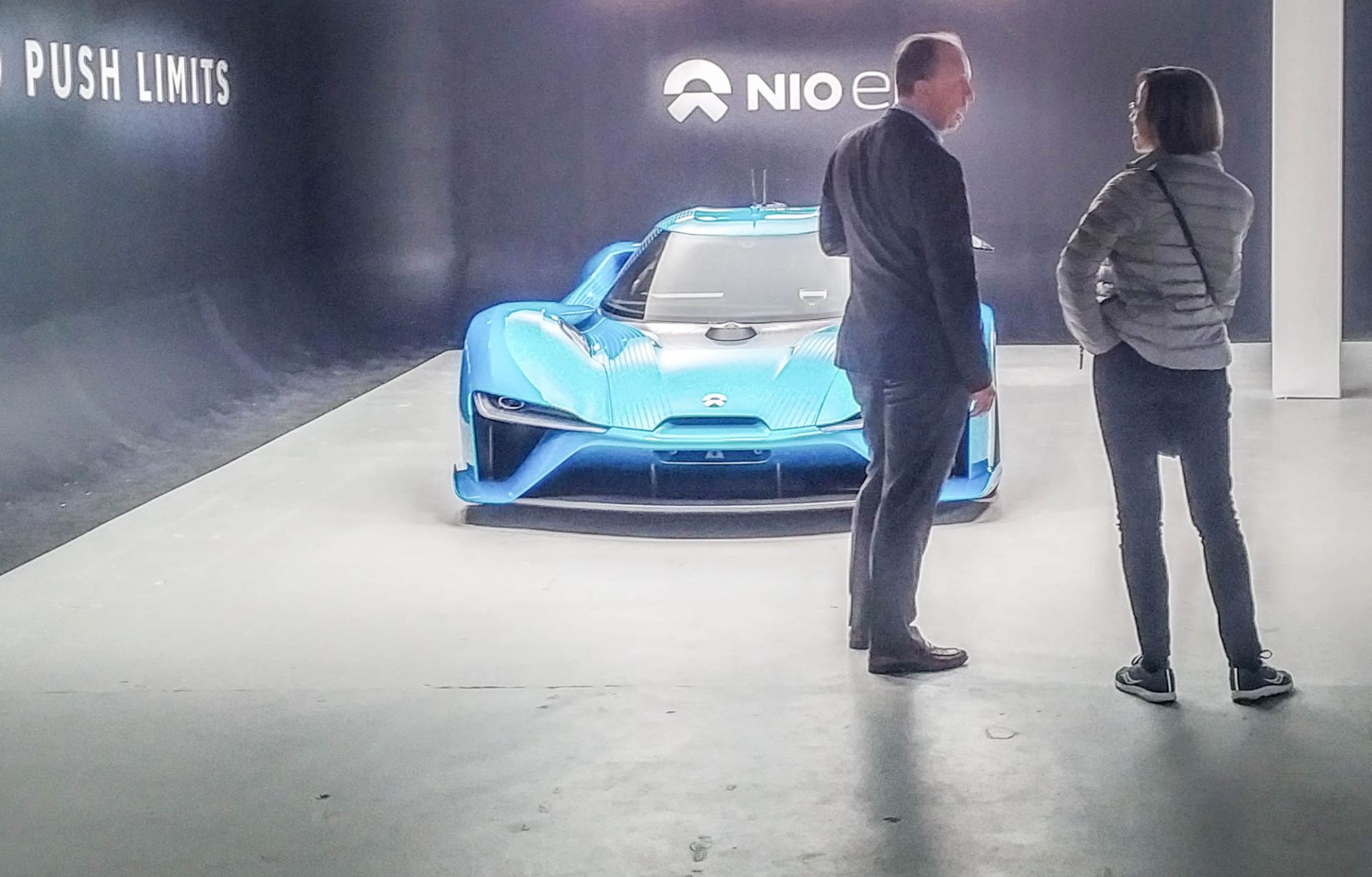 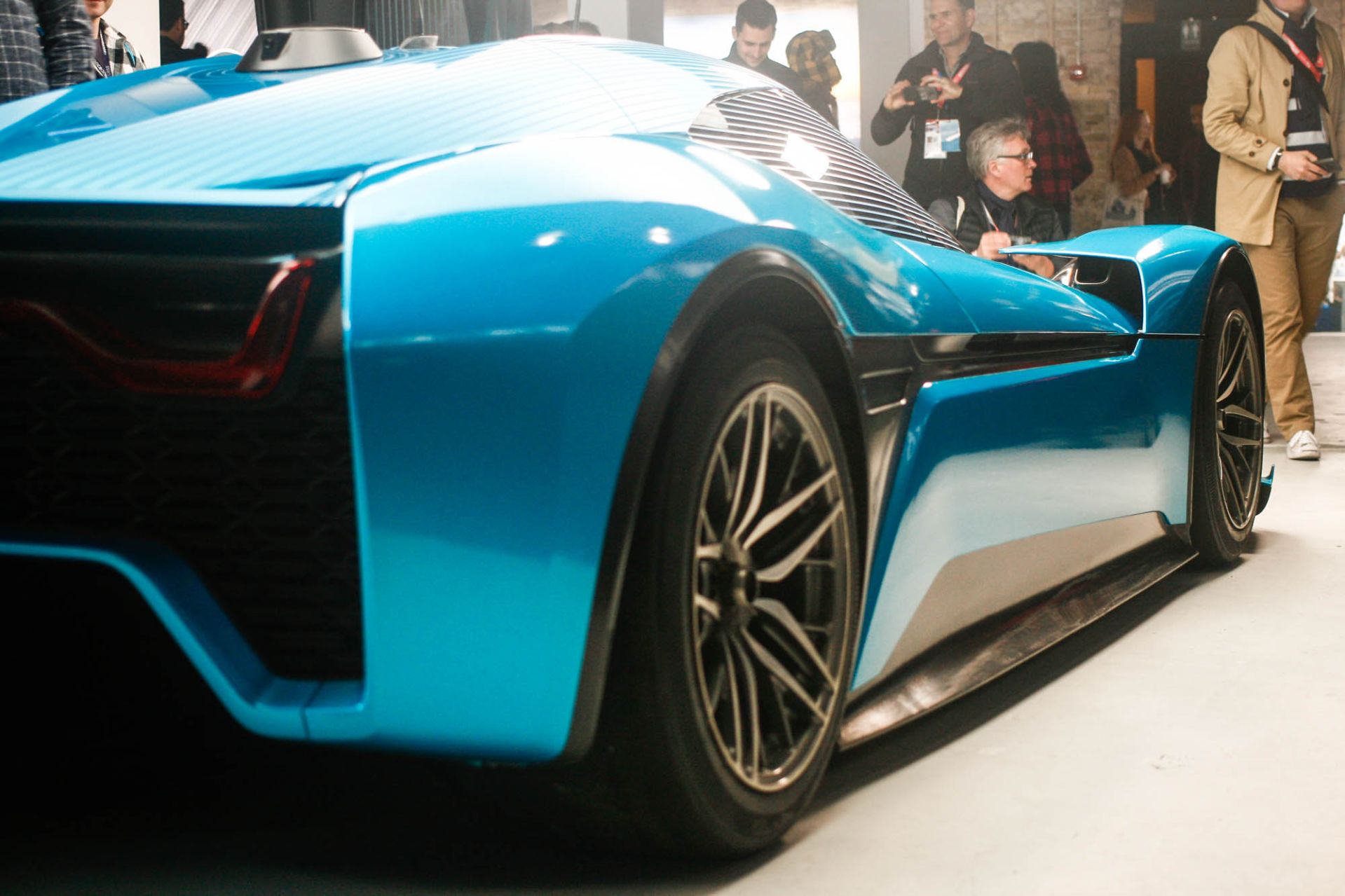 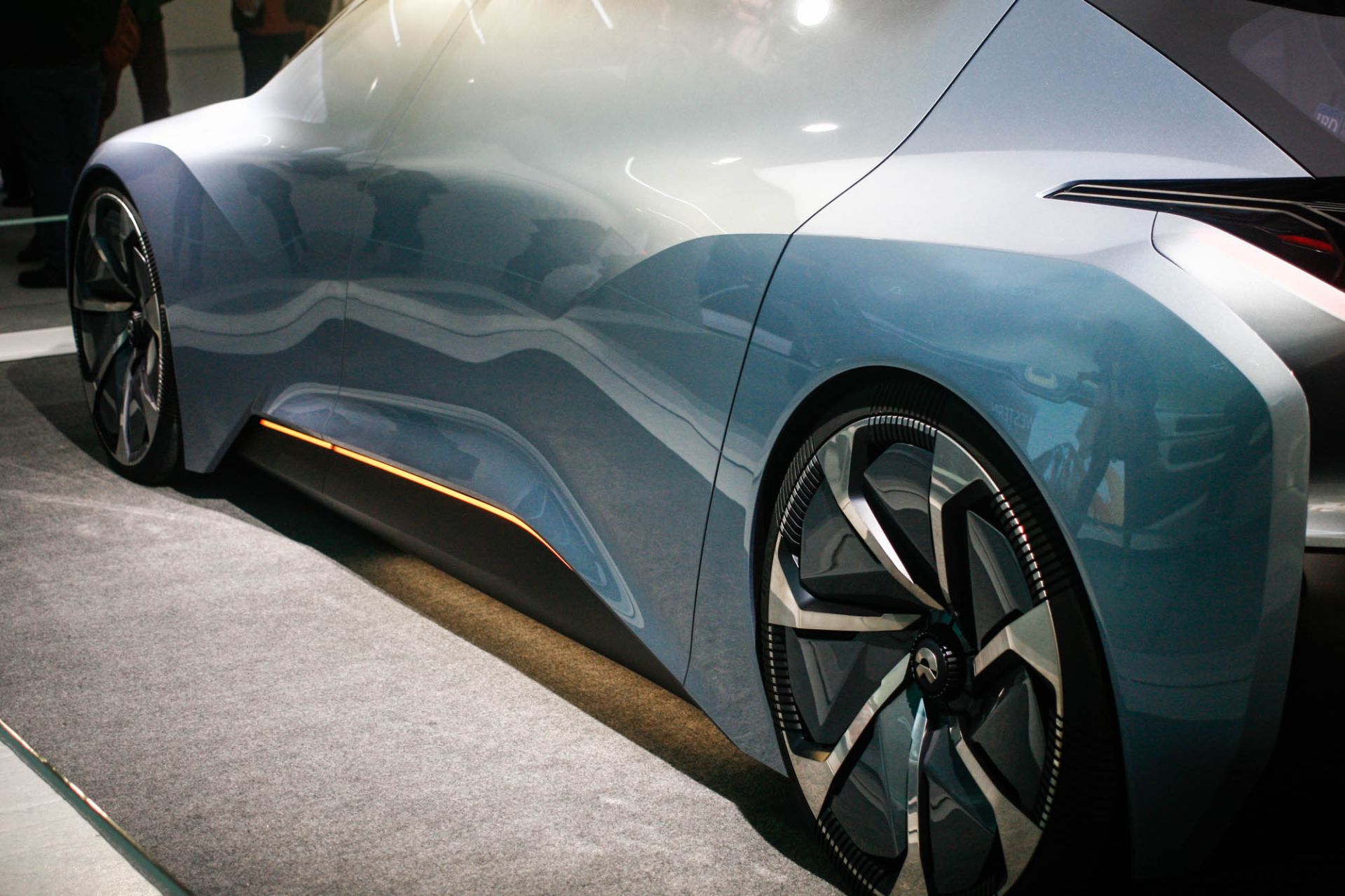 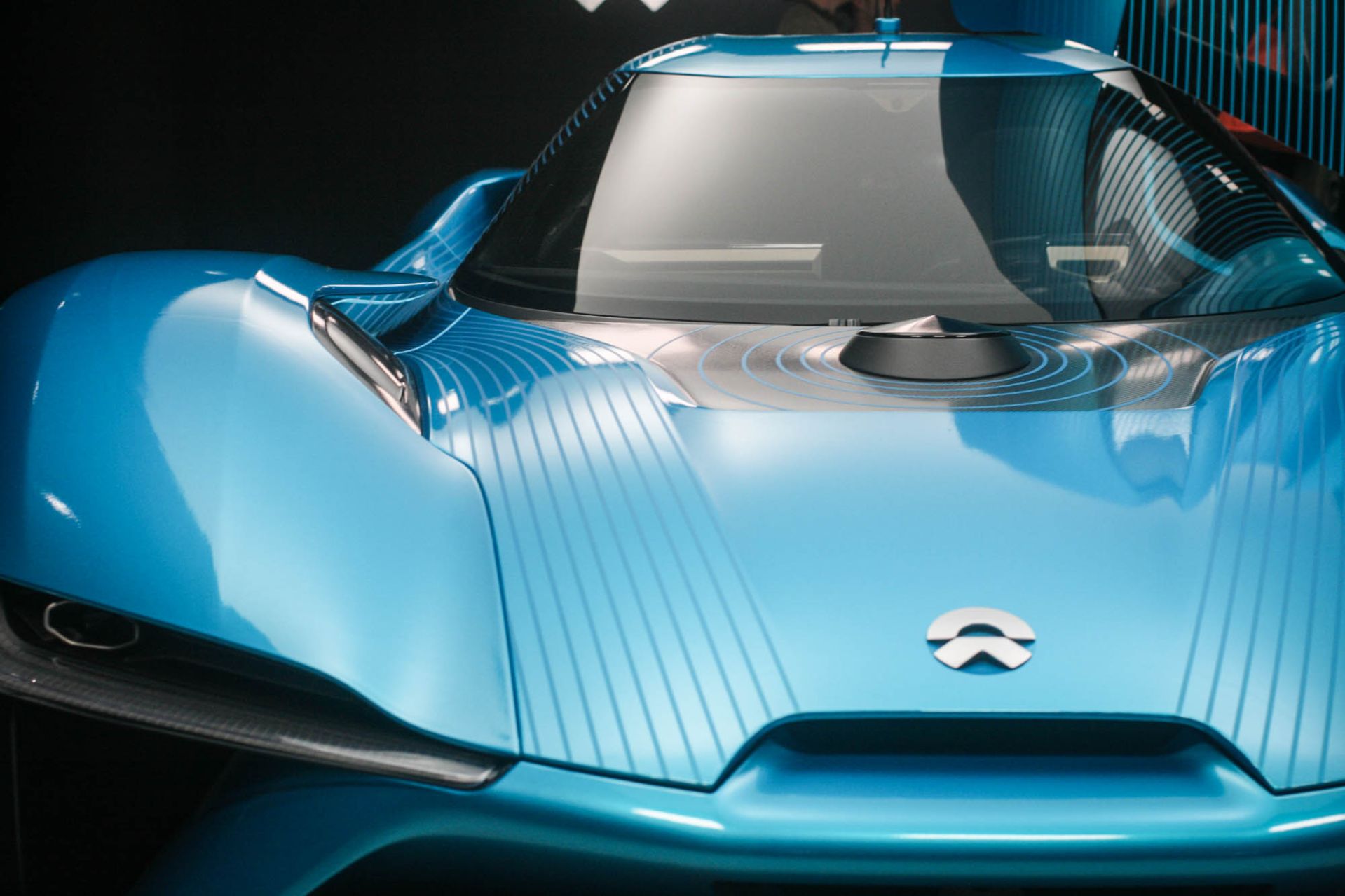 The grille of the EP9.
Brady Dale for Observer
Advertisement 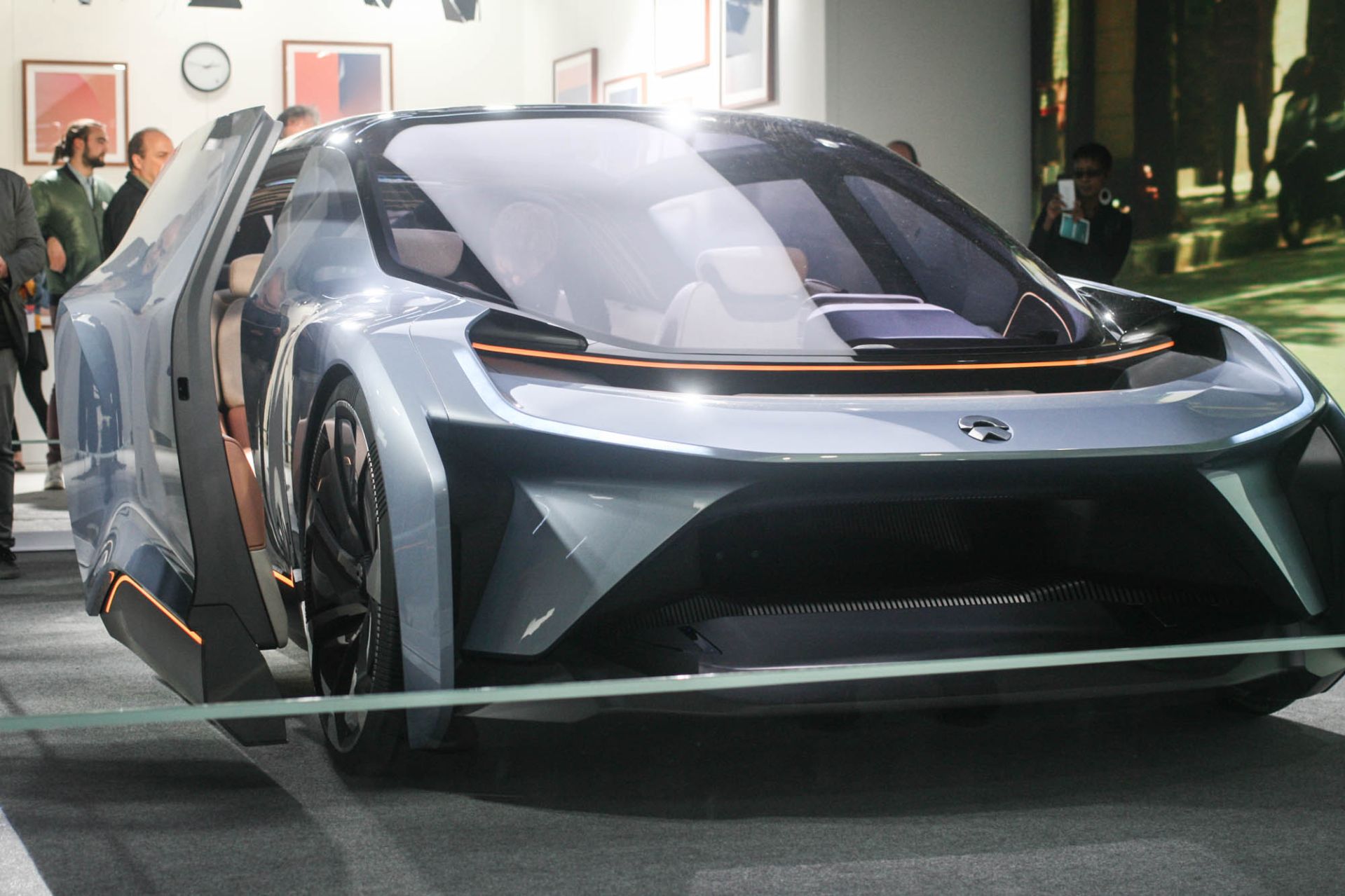 The grille of the EP9.
Brady Dale for Observer 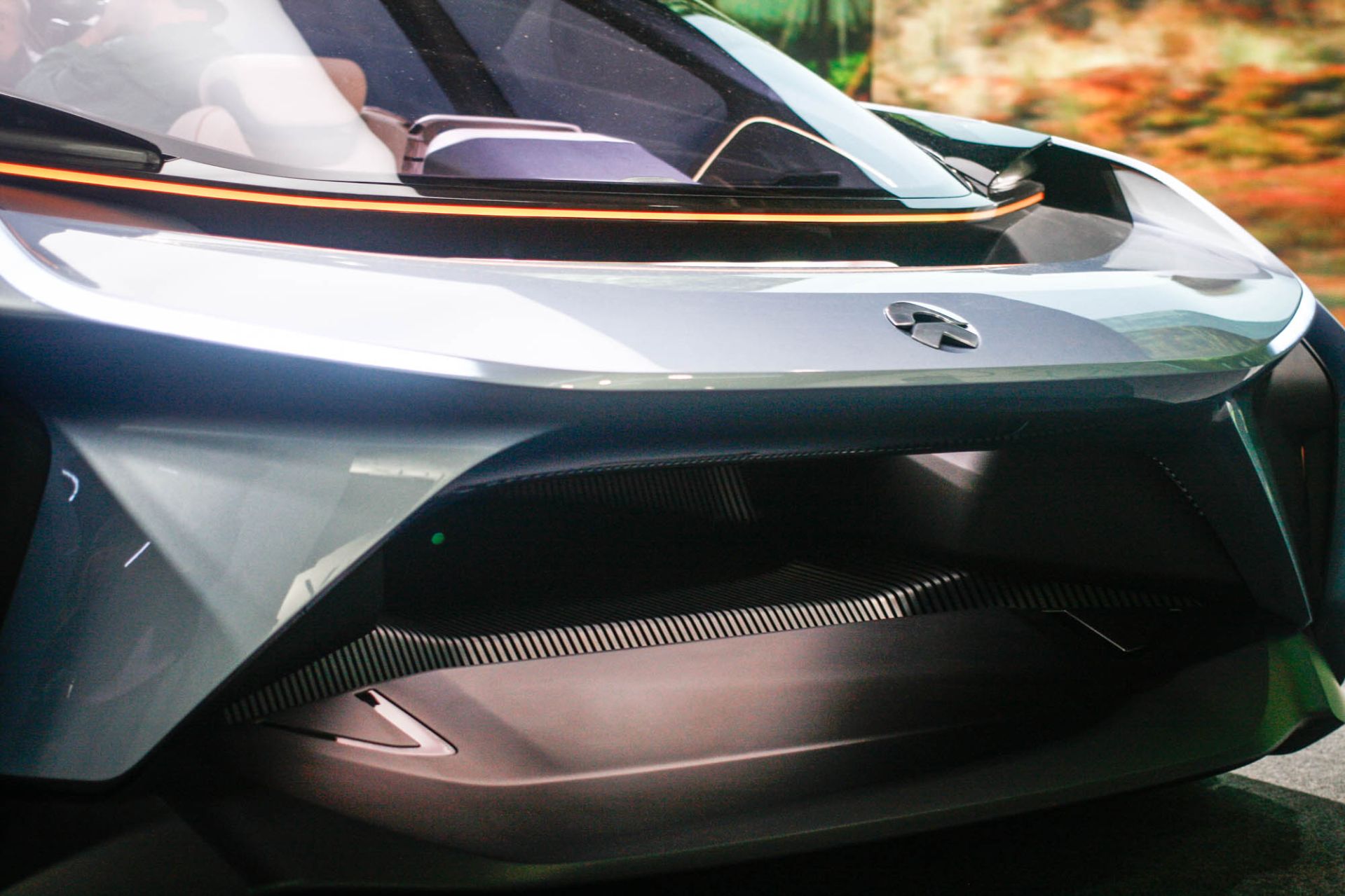 The front of the EVE.
Brady Dale for Observer 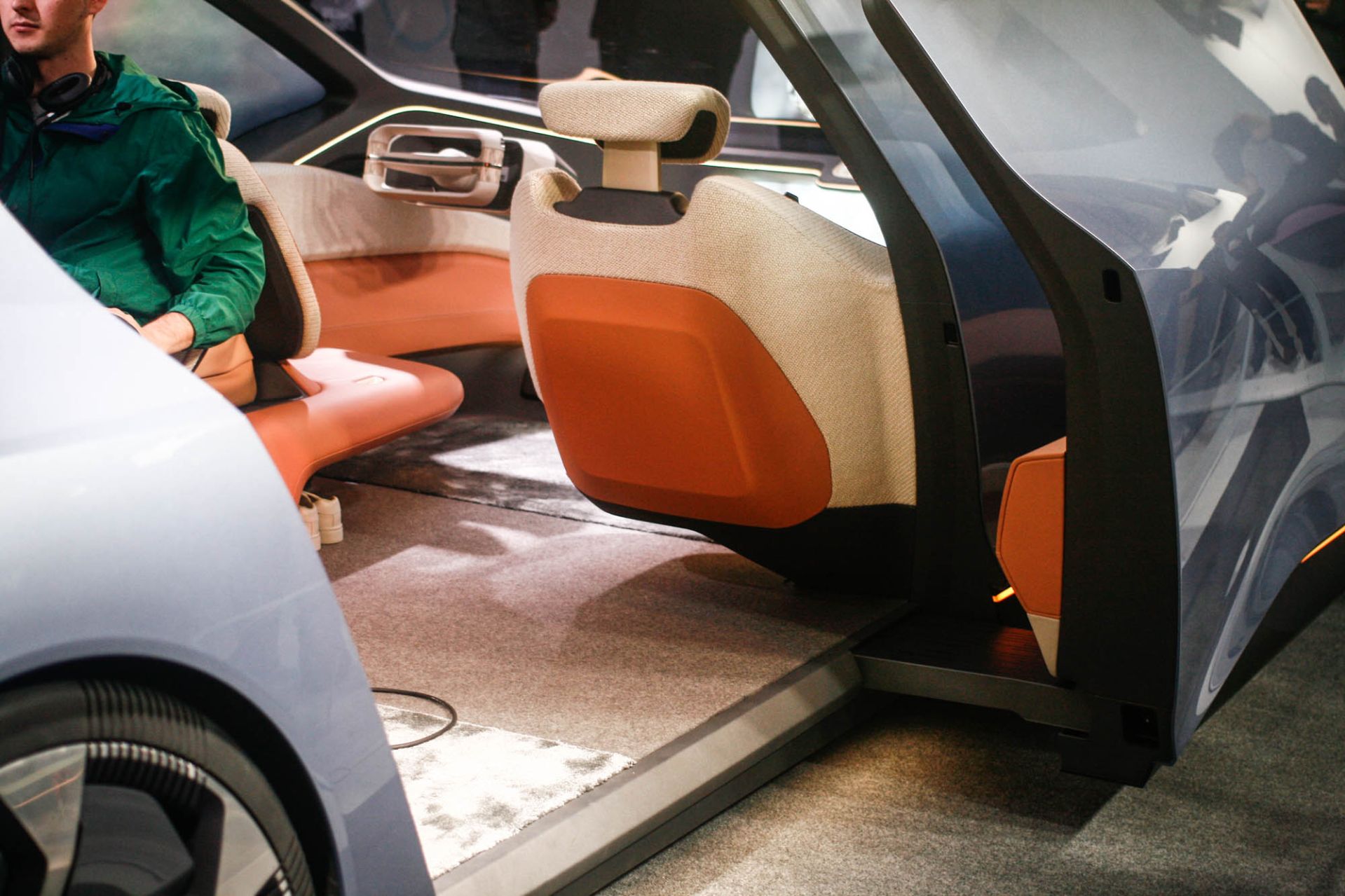 The interior of the EVE.
Brady Dale for Observer 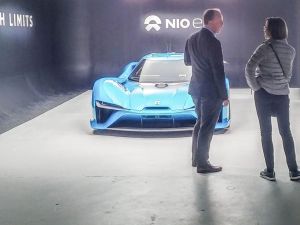 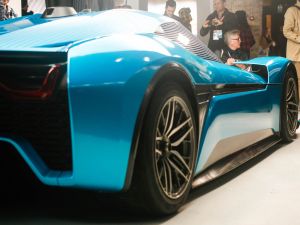 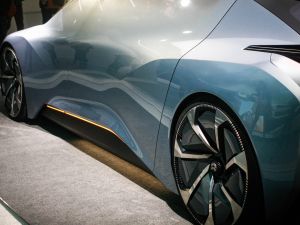 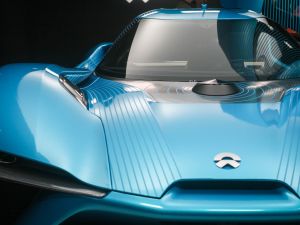 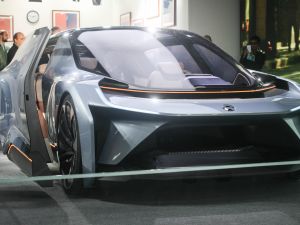 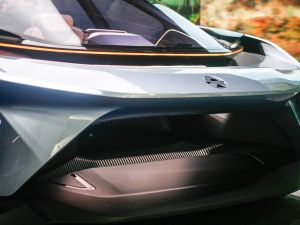 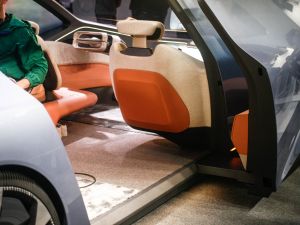 AUSTIN—Last year at South by Southwest, the self-driving car industry still had to get up on stage and tell the whole history of robot cars on the road. It was still an idea that needed pitching. A year makes a lot of difference, though, and this year it’s getting talked about like it’s just a matter of time.

At the panels the Observer went to on the topic, it wasn’t a question of if but when. In particular, the rebranded NextEv car company, now known as NIO, announced its intention to get very nearly fully autonomous cars on American roads by 2020, as Fortune previously reported.

NIO is shooting for level four autonomy, which means that under less complicated, familiar driving conditions without bad weather, the car can handle every aspect of the ride. NIO had two cars on display, though not driving: the EP9 supercar (which has the fastest documented racetrack speed of a self-driving vehicle so far) and its surprise exhibit, the EVE. The EVE will be a premium vehicle. It’s as much a home entertainment system on wheels as it is a car.

“We’re going to allow the user to fully disengage from the driving experience,” NIO vice president Rachad Youssef t told the Observer, “and the way we’re doing that is designing that into the vehicle from the ground up, so everything from the power train, to the chassis systems, to networks, to the way the sensors are designed and laid out in the vehicle—in a way that’s resilient and can tolerate any number of failures—will allow us to over time tackle more and more complex environments.”

The EP9 racecar was used to test the company’s software for stress. “We tested for five weeks on wet tracks under extreme conditions in the UK, and then went over and tackled a very challenging circuit and were able to beat a world record,” Youssef explained “The focus of that is to stress our control algorithms to the point where we know we can trust them to do things in these kinds of situations.”

We’ve written about Roborace, the company creating a Formula E autonomous racing league. Youssef declined to comment on whether NIO’s supercar would ever engage in professional racing, either against other autonomous cars or against human drivers.

NIO’s vehicles will also operate on a mesh network that shares information about road conditions, traffic, safety issues and more as they travel the road. We don’t know if that data will be exclusive to NIO cars or will contribute to a larger autonomous ecosystem of road information (obviously, the latter would be better for everyone). We previously reported on the founder of Zipcar’s involvement with Veniam, a company founded around networking autonomous cars.

Networking the data generated by these vehicles represents part of the infrastructure, but another group of thinkers argued that the streets themselves need to change.

At a panel on infrastructure in the robot car future. Tim Sylvester, CEO of Integrated Roadways, said, “People will often say that we do not need to change infrastructure to accommodate mobility, but that’s not consistent with the entire evolution of mobility.” The design of cities shifted dramatically for drivers, after all. “The way we repurpose the real estate that exists in the city is going to change dramatically,” he predicted.

“Vehicles cannot rely only on the sensors. There has to be an element of connection,” Dr. Johanna Zmud of Texas A&M concurred. “I just don’t think going forward agencies can think about roadway infrastructure as having to accommodate only the vehicle.”

In fact, Sylvester continued, if society starts building networking and sensors into roads, that will ultimately end up leading to less expensive rides. An enormous amount of computing has to go into running one of these cars, and loading that much processing power onto vehicles jacks up their sticker price. If they can offload that work to the network, the cost will go down, further accelerating the adoption.

We’re in the hardest part of the transition now, with level three autonomy on the road, where the car drives but the human has to remain alert. At another session on self-driving cars, Nat Beuse, a researcher at the National Highway Traffic Safety Administration, said that as people become more reliant on technology they actually become worse drivers. Anyone who remembers the era when cab drivers actually knew their way around cities (or even the difference between north and south) will agree.

As the network of semi-autonomous vehicles grows, regulators like NHTSA have to grapple with carmakers who want to gauge their progress with different yardsticks. “It’s too bad we don’t have an [original equipment manufacturer] on this panel to talk about how they feel about standardization of any kind,” Beuse said jokingly.

But then at a certain point, a strange thing should happen, according to Sylvester: the world will get much better for lower tech mobility. A self-driving car will never merge into a bike lane to pass another car or ignore pedestrians in the crosswalk. These cars will leave more space for bikes and walkers too, because they won’t need such wide lanes.

Which brings us to the third level of infrastructure, money. Hector Negroni of Fundamental Credit Opportunities explained that if society wants cleaner air and more pedestrian-friendly cities, it can actually build those conditions into the financing scheme for network-connected streets.

“We need a USDA stamp on infrastructure activity so we can measure its efficacy and impact on these issues,” Negroni said. If the next payout is conditioned on meeting goals, agencies and companies will find ways to meet them.

Self-driving cars have the restraint not to drive over the speed limit, but they are still going to be here quickly.