At this point, it’s common knowledge that Eastern European fashion designers are having a moment in the spotlight. But to fully get a grasp on the scene, beyond the major obvious players (Rubchinskiy, Gsvalia, etc.), there’s one great resource for insider information on the talent emerging from this region: Instagram, of course.

With Mercedes-Benz Fashion Week Russia currently taking place in Moscow, we rounded up five of the best designers worthy of a follow. For reference, this includes a local celebrity who dyed her hair to match her most recent collection and one of the few dedicated menswear personalities on the scene.

So even if you weren’t able to grab a flight to drink vodka with the Muscovites before sitting front row at a fashion show, don’t worry. We’ve got you covered on who to follow and why.

Designer Bella Potemkina may have put on the most entertaining show of the entire week (featuring more hot pink furs than we could count and a parade thigh high latex boots), but she even dyed her hair pink to match the clothes. If that’s not enough to lure you to her Instagram, just know that she’s friends with all the top Russian celebs, so her page also doubles as a quick pop culture education.

For example, actresses Nastasya Samburskaya and Natalia Rudova, singer Hanna and “it” girl Anastasia Reshetova all walked in her show this season.

We’re a huge fan of the  splashy black and white logos that Alexandr Rogov displayed on his Fall/Winter 2017 runway. This stylist and TV presenter started designing in 2013, but this season marks his first official appearance at Mercedes-Benz Fashion Week Russia.

Although his Instagram is rather light on fashion posts, we have a feeling that his nearly 250K Instagram followers tune in for Rogov’s frequent selfies and behind-the-scenes glimpses into his rather glamorous personal life. Expect quite a bit of flower envy to take place.

And now, one for the boys. Artem Shumov hails from St. Petersburg and focuses his attention solely on menswear. His collections often include fantastically decorated suits, a healthy serving of jumpsuits (some of which are cropped) and frequent pops of bright colors, this range is not for those who are sartorially shy. In fact, you might even call him the Thom Browne of Russia, as the American designer did inspire Shumov to start a range of his own.

Technically this brand hails from Tbilisi, Georgia, but Mach & Mach is still worth a follow. Designer duo Gvantsa and Nina Macharashvili have a penchant for inventive footwear that takes advantage of the robust leather industry in their home country. And they are not shy about injecting a sandal with a dose of marabou or adding a little sparkle to a stiletto. Mach & Mach also produces clothing, but we think you should just focus your likes on these artful kicks.

As the name of the brand suggests, designer Pitenin Yury culls inspiration from both his mother country, Russia and also Japan, where he lived for an extended period of time. An equal combination of whimsical attributes and gloomy charm, this combination has found the young designer plenty of international exposure since founding the label in 2012. 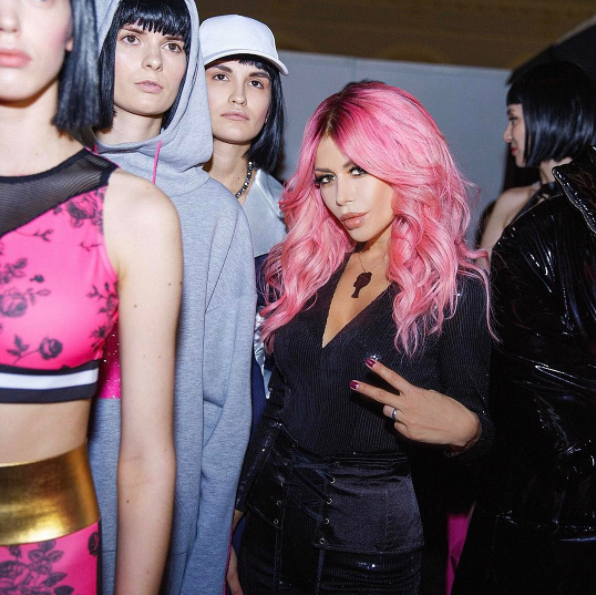