Productivity gets all the attention. Who doesn’t want to get more done in less time? Productivity systems are everywhere: Getting Things Done, Pomodoro, the Seinfeld thing, etc. Each has pros and cons. But there is a simpler solution.

Have you thought about how to focus? Like, really how to focus your mind on one hard, long project until it’s done? Focus is something we used to know how to do but it’s a dying art now.

Productivity systems help you get lots of task-oriented work done. The table stakes. The busywork. The stuff you need to do to keep your job. You might move more widgets faster but this isn’t the stuff that really moves the needle for you or your employer.

I see these two concepts as intertwined and incredibly important. Yet, they are ignored by overly task-oriented productivity methods. There is a simple two stage approach that will however work wonders.

If you really want to get ahead, the first thing you need to do is figure out where you’re going to create a massive amount of value in your career. The second thing, is figuring out how you’re going to carve out the time and energy to focus on the first.

The thing is, the work that really moves the needle — whether it’s building a new product, writing a book, learning a hard subject, writing a keynote speech, coding a complicated piece of software, whatever — doesn’t just happen. You can’t just say, hey’ll “I’ll get to it,” and then allocate 15 minutes here-and-there between checking your email and going to meetings.

Moving the needle on hard things happens by stringing together sessions of deep, focused effort. Hours at a time, over and over. The intense kind where you sort of lose yourself and wake up later with a lot of awesome work done.

Learning how to do that kind of work is an art. I say “art” for a reason.

I see a lot of people out there promoting their “science-based” system for getting a lot done. Let me tell you something: The word science is being used to fool you and trick you. To make you salivate, Pavlov-style. “Science” is not some monolith that tells you how to create meaningful work. There’s no “science” of success. There’s no “science” of productivity. That’s pure charlatanism.

Doing great work is an art. A group of researchers can’t answer the question of how to live and work; the real world is too varied. We don’t live in a controlled experiment, and we’re not lab rats, or worse, college students in psych labs.

Scientific research papers can certainly give you hints on how the mind works. They might even tell you a few things about information retention and task-based memory. I can see how that might be useful.

But that’s a long way away from creating a career you care about, where you regularly do focused, meaningful work that feels satisfying. It’s a huge leap from scientific paper to living a more meaningful life.

Your life is not the one measured in the labs: You’re not trying to memorize flashcards or strings of numbers; what I’m talking about cannot be boiled down to rigorous science. (And anyone who reads Farnam Street knows the deep respect I have for real science.)

No — it’s art! Or more properly, artisanship. And the essence of being an artisan is that it’s deeply personal: It has to speak to you. You must be willing to put your soul into the game. Nothing great happens without real effort. This means everyone will go about the Art of Focus in their own way. It takes experimentation, dedication, and an understanding that no one can do it for you.

I even called a course I put together The Art of Focus, for this very reason. I don’t claim to have all the answers or to “scientifically” solve your problems or fix your brain like you’re some mouse in a lab. I just wanted to give people all of the tips and tricks I knew about doing focused, meaningful work so that they could build a system themselves. (No one is going to tell you this but when you build something for yourself it works better than when other people build it for you.)

In the age of complexity where we all need to carve out a niche, you will need to build your capacity for hard focused work. Why? The computers are coming for the easy stuff.

And if you’ll let me be controversial for a second, I think that’s a good thing for humanity. Humans aren’t meant to live on a factory assembly line (or the white-collar equivalent: spreadsheets and Powerpoint). We’re intended to lose ourselves in valuable and satisfying work that smacks of originality and humanity.

But in order to build an awesome career doing hard but satisfying long-term work, you need to build your ability to focus for hours at a time. You need to learn hard skills.

Hard skills can’t be learned 5-minutes at a time. You get more done in a 2-hour block of time than twenty-four 5-minute chunks. You need to let go of multitasking, distraction, and the temptation to be “busy.”

I built The Art of Focus to get people started on that path, but I recommend doing it any way you feel comfortable. With apologies to Phil Knight, just do it. 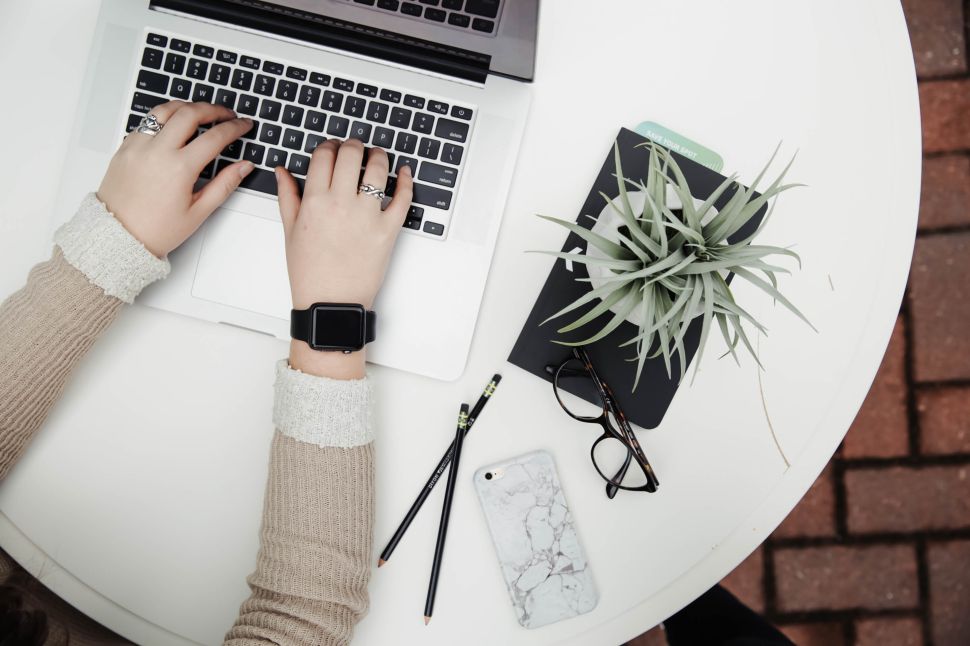