Tonight’s episode of The Good Fight begins with Maia getting some very confusing advice in the elevator. A Twitter account created by someone impersonating Maia is churning out a charming combination of lesbian-themed sexual oversharing and fruit canning advice. You know, the usual. Marissa tweets back at whoever the faker is, to see if they’ll reveal themselves.

Elsewhere in the office, the case for this week’s episode is revealed. It centers around Laura Solano (Prema Cruz), one of the firm’s first clients, who donated her eggs to Lake Drive Fertility Clinic when she first moved to Chicago, and now wants them back. wants her eggs back from the fertility clinic she sold them to, Lake Drive Fertility Clinic. Technically she sold them, but the firm drafted her contract and put a clause in it that says the eggs revert back to her ownership if they aren’t used within five years; it’s been eight, and she wants them back so she can use them herself. An ovarian cancer survivor, Ms. Solano is having trouble getting pregnant on her own, even though she now has a clean bill of health.

In another office, Mr. Boseman is meeting with that old Good Wife chestnut Mike Kresteva (Matthew Perry). He’s just been given the helm of a Special Council, and a wordy new title that basically puts him charge of curbing police brutality in Chicago.

At Marissa’s desk, the fake Twitter account slides into her DMs asking to share photos, and when Marissa obliges, he sends back a few of a naked woman…who turn out to be Maia herself. Dun dun dunnnn. They were taken by an incredibly creepy ex-boyfriend Ted Acker-Byrne (Peter Mark Kendall), who is also the one who created the Twitter account. It’s a bot designed to imitate characteristics of a hobbyist in order to seem more realistic, and he can’t turn it off because if he tries, it will only duplicate itself. He gets slapped in the face by Maia, because that’s something that lawyers can just walk around the city doing without worrying about lawsuits or assault charges, apparently.

Back at the office, Kresteva sits down with Diane, who is massively skeptical of his motivations. She refuses to help him out with ideas, because she doesn’t trust him, but does ask about his son, whom Kresteva informs her died of cancer about a year ago, softening Diane.

Getting back to the main case, the fertility clinic Laura Salano donated to is claiming they have no record of her visit, because the facility she used was shut down and replaced by a new clinic with the same location and the same medical director with a different name over the front door. Diane calls the medical director out on all of this, threatening him with a lawsuit that could lead to a fraudulent transfer investigation, which induces him to reveal what happened to the eggs: eleven were sent to the STEM cell research lab at Chicago Polytech, “for humanitarian reasons,” but they’ve been destroyed. There was one remaining, and it’s been marked “confidential.” After some digging, the firm determines this is because it’s protected by doctor-patient privilege; it’s in the process of being used by two hopeful parents to start a family, and has already been fertilized. Ms. Salano decides she wants it anyway, even not knowing who the father is, because having a child is that important to her. The firm starts the process to fight this.

Back at the office — we’re really jumping around within the firm today — Diane, Maia, Lucca, and Boseman all get served subpoenas by Kresteva, and are required to come before the grand jury. And because we haven’t had any ~romantic intrigue~ in this episode yet, Lucca scoots off to the bar to lay a trap for Colin Morello in the form of half of a burger so he’ll talk to her about her Kresteva subpoena. Instead, they end up talking about how he’s promised himself and his therapist not to have sex for a full calendar year — #whoa #wow #wetlands — which ends next week, at which point he’d be delighted to engage in intercourse with Lucca. Hi, I hate this.

In court, the lawyer representing the family, Alma Hoff (Becky Ann Baker) has good points about her clients not knowing in advance about the contract that Laura Salano had with the fertility clinic, and Diane makes the good point that that fact doesn’t void it. All good points here, and we have some co-owners of a fertilized egg. Judge Timothy Stanek (Peter Gerety) is presiding, and he grants a temporary injunction against implantation to give everybody time to plan their case.

Across town, Maia’s lawyer Yesha gets a news alert that Maia is about to be fired from her firm, which turns out to be fake news, along with a story about a spending spree on jewelry. Yesha tries to deliver a temporary restraining order, but v. cool ex-boyfriend Ted says the circuit court can’t enforce the order because they don’t have jurisdiction since he bounces his stuff around to different servers. Very cool very cool.

In front of the grand jury, it becomes clear that Kresteva is trying to set up the firm, as he’s misrepresenting the way his conversation with Diane went down, and actively lying to the court. He claims that she said the people of Cook county hate black people and treat their lives carelessly, and tried to spin her questions about the death of his son as invasive or unfeeling. Boseman figures out that Kresteva is setting them up, trying to reduce police brutality cases by reducing the cases, not the brutality itself. Once again, v cool.

This calls for another meeting with Colin Morello, who promises to take up Lucca’s cause with Wilburn Dincon, Kresteva’s boss, to try to get him called off. He again offers to sleep with her, but Lucca declines, citing their previously-planned sex date, and I swear to you, the line that comes out of his mouth is, “Fuck, I hate being a good guy.” VERY COOL, SO MANY COOL THINGS THIS EPISODE. Although to be fair, he does actually do what he says he’s going to do and pitches Dincon on why going after an African American-helmed law firm in order to help curb the police brutality suits that they keep bringing to the forefront is not a good look.

Meanwhile, the firm’s investigator has discovered that Dr. Richard Norwood (Julian Elfer) is planning to go to England with the family trying to get pregnant, to perform a procedure that’s “not approved of” in the United States. The hopeful mother has a syndrome that would pass on a neurological condition to her child, possibly resulting in its death, so she needs to extract genes from the embryo and place them in a clean egg, just using the genetic material from that egg before it’s destroyed. They would be using Mrs. Salano’s egg to make the first embryo whole, and then essentially discarding it, which Diane tries to argue is unjust, but the judge sees it as contract law, not a life issue. And since the Haight Family did everything in their power to make sure that the purchase was correct they’re protected by the Innocent Purchases Doctrine, and the judge rules in their favor. The embryo belongs to them.

After a sentimental conversation with Barbara about why she never had kids, Diane is somehow inspired to get England involved with the embryo case, since the laws are different there, and that’s the planned site for the implantation. Under British law, you can’t sell your eggs for more than £750, and she definitely exceeded that limit with $20,000. The Haights are now barred from completing the procedure in England, and want to destroy the embryo, which makes sense using the judge’s previous logic of contract and property law, but this time he’s coming down on the other side, comparing the embryo to a stolen car that could get returned to its rightful owners, but will instead be destroyed so that no one at all can drive it. This embryo represents Ms. Salano’s only chance to conceive, so he gives it to her. She tries to make nice with the Haights, inviting them to be involved in her child’s life, and they are slightly less than interested, responding with a cheerful “fuck you”.

And finally, those fake news articles are still going out, as Reddit has picked up for Ted where he left off. Yesha tells Maia to just let it go, but in the final shot, we see Kresteva discovering the articles and almost visibly deciding to use them to help him take down the firm. 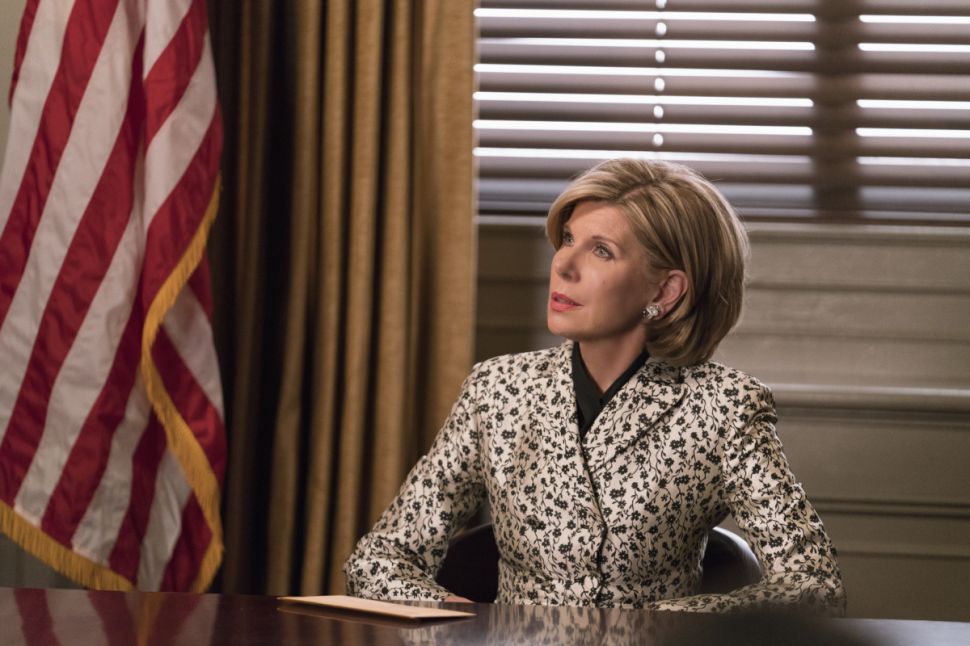