I watched “American Bitch,” last Sunday’s lightning-rod episode of Girls, like Claudius watching The Murder of Gonzago. There I am, prostrate on the television screen, in all of my ego and desperation and embarrassing midnight emails, packed into the most compelling half an hour of television I’ve seen in a very long time.

Like Season 2’s “One Man’s Trash,” “American Bitch” is a bottle episode that almost entirely takes place with Dunham’s Hannah Horvath in the home of an older, established man. The man, in this case, is Chuck Palmer, a famous novelist with framed New York Times Best Seller accolades and a photo of himself shaking hands with Toni Morrison placed strategically in the sightline of anyone unfortunate enough to be on the receiving end of his hospitality. Chuck Palmer, we learn, is also a sleazebag, the type of famous writer who makes a habit of sleeping with desperate girls in the college towns on his lecture tours and leaves them more desperate than before, shouting into the void, or in this case, Tumblr about a man who moved into the gray area between consent and coercion and installed built-in bookshelves.

From the moment Hannah entered Palmer’s beautiful apartment, Palmer delights in tiny displays of power. Take off your shoes, please line them up, no please, don’t have your shoes touch the suede ones. Even as Hannah came to his apartment ostensibly on the offensive, to challenge him on the girls he fucked and forgot about, like Denise, he makes it clear immediately that he holds the power in this situation. He is the one with the talent, the acclaim, the money, the connections—and he tells you what to do with your shoes.

If Claudius revealed his guilt by bowing out of his show early, I revealed mine by doing the opposite: I watched the episode all the way through, until the gut punch of its final few shots, and then I watched it again. And then I replayed it in my mind, over and over again, seizing on details—did you catch the framed photo of Woody Allen?—and reading as many reviews as I could find, hoping I could gorge myself on the details somebody else uncovered like a leech sucking blood until it bursts.

I was happy to trade my youth, my body for the opportunity to feel seen and to feel special.

It was two years ago, and I don’t remember if I took my shoes off or not when I arrived at the apartment of the writer 15 years my senior, but I remember how he sat while I stood, fidgeting. He had a cigarette and didn’t offer me one. He smirked in a way that I had found irresistible at the time and said that he liked that I was nervous.

Like Hannah, I had written an article about him. Our correspondence had turned flirtatious after it had been published, and then one night, he sent an Uber to pick me up and drive me, 40 minutes in the dark, until I reached his door. The Girls’ version of the successful novelist lived in a columned building, probably on the Upper East Side, meticulously clean with a lot of natural light. My version lived in a basement apartment in Red Hook, a small room with a mattress on the floor, towering stacks of books, an overflowing ashtray and a guitar that looked more expensive than the rest of it put together.

The difference might seem striking, and yet, both apartments represent someone’s platonic ideal of the successful writer. That basement apartment was everything that I thought a real writer should be, everything I wasn’t: serious and committed to his art so deeply that one eschewed material possessions for just the necessities. He was cigarettes and ordering glasses of rye at the bar and glasses pinching the bridge of his nose and a job at an Ivy League creative writing program that he rolled his eyes at, a necessary evil. His framed portrait with Toni Morison was the way he told me about his weekly drinks with Don DeLillo. He was messy and lonely and cruel and attractive, and the truth is, I hadn’t even read his books yet, but I had read his New York Times profile and the New York Times review of his last book and knew that if someone like that wanted me—a 22-year-old less than three months of out college, interning part time and desperate for people to notice her—I might have entry into his elusive Algonquin world that might as well have been Neverland to a girl from the Midwestern suburbs.

It’s with the slimy shame of half-remembered drunken text messages that I admit to you here that I was Denise in Palmer’s version of the story. I sent the first flirtatious email to my blue-eyed, dark-haired writer, giddy with adrenaline as the responses heightened, impulsive and drunk on attention. I was happy to trade my youth, my body for the opportunity to feel seen and to feel special. What a small price—12 minutes of discomfort and one fake orgasm. Pocket change. I, the chubby girl who still had braces, fancied myself the seductress, the one who would be able to pierce his offhanded spite and engage in the witty tête-à-tête that would force him to acknowledge me as an equal. (How often cruelty is perceived as the sexy antagonism of romantic comedies, of James Bond and his token paramour.)

The audience does not get a chance to read Denise’s Tumblr post—we don’t know if Chuck Palmer held her head down, or coerced a no into a maybe, or got her drunk until she couldn’t say either. But my Chuck Palmer, the nauseating power imbalance was not an issue of consent: It was one of human value.

From the time we begin watching Disney movies as children, girls are taught to associate one’s desirability as inextricable from their value. The heroine enters the room in her gown and the hero, despite himself, mutters, “Wow.” He sees her across the room and knows that’s the girl he’s going to marry. The badass chick, the nuclear physicist, the hacker—they flirt with one raised eyebrow and operate with the knowledge that they can slink into a black dress and seduce anyone that needs seducing. There are no films about women who are undesired by the object of their affection and don’t end the film adored, either by the aforementioned crush or by the best friend who loved her all along (the crush is, no doubt, revealed to be an asshole). We celebrate the Kate Middletons and the Amal Clooneys for being chosen by—or, in the active voice, for landing—an accomplished man. Amal Clooney is a spectacularly accomplished woman in her own right, but how many other esteemed human rights lawyers can you name? Had you heard of Amal Alamuddin before she appeared on the arm of the wealthy, consummate bachelor?

When Chuck Palmer confronts Hannah about the article she had written, he does so from the ultimate seat of power, as a supportive but stern teacher who acknowledges her talent but has the wisdom to tell her what’s what. “You should be using your funny to tackle subjects that matter,” he says. The one-two punch of a famous writer: a compliment and an education. My Chuck Palmer had advised against the way I released the pressure valve of my emotions and my ideas on Twitter. Don’t waste my writing “so cheaply, so tweetishly,” he had written in an email (we always exchanged emails; he never asked for my number). The effect was condescension and dismissal. I might have tried to be the seductress, but every cadence of our interaction was designed to ensure that I would know that I was just the Denise, the Hannah, one of those among the faceless parade of women sucked into Chuck Palmer’s building at the end of the episode.

When my Chuck Palmer rescheduled drinks and then canceled the rescheduled drinks, he began ignoring my emails, responding hours later, and then, not at all. I emailed more times than I would like to admit before I finally got the hint. “She kept asking if she could visit me in New York,” Chuck Palmer told Hannah. “I probably nodded, probably indicated yes. I didn’t follow up. That made her angry.”

I was angry. I was hurt and humiliated. I felt used and tiny, a child that had become a hassle. I had willingly entered into an unwinnable chess game, casting myself in the role of the young, dumb literary stereotype because at least I would get a chance to exist at all. Lena Dunham’s script masterfully laid out every maneuver of the literary asshole: He is impossible to please and impossible to outwit because the conversation never began on equal footing. He offers flattery and kindness as an oasis, and sex as your last-ditch option for becoming his equal, and maybe, if you’re good enough, a chance to have a moment of power over him instead.

As Chuck Palmer told the story of Denise and his other accusers to Hannah, he gathered them neatly into a demographic that I would have perfectly fit at the time: 20 to 22, a little flirtatious, with literary aspirations that probably don’t match their talents. They sleep with someone and . . . “Voila,” Chuck Palmer said. “They have something to write about.”

I think we were still undressed in bed when my Chuck Palmer scoffed and rolled his eyes and said with disdain something like, “There. You’ve got your story. Or at least material to tweet about.” (He was self-aware enough, at least, to realize that with his ash-strewn apartment and critically acclaimed experimental novel, he was the living embodiment of my parody @GuyInYourMFA.) There was nothing I could say to convince him that no, no, I hadn’t done this for a story, not at all, please, please, why can’t you hear what I’m trying to say. I was speaking a different language, my chessboard knocked over and the pieces replaced by gummy bears. I didn’t have the words to say what Lena Dunham wrote and said as Hannah Horvath: “It’s not so she has a story. It’s so she feels like she exists.”

It has been two years, and the shame and embarrassment of the entire encounter had been compressed inside my soul like an accordion. I never wrote about it, until now. Looks like he was right all along. 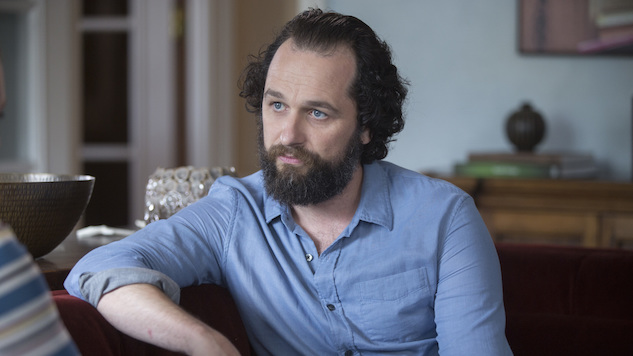