Many people think that their adult brain is not capable of generating new cells.

That’s it. Done. From now on, it will only get worse. And if you drink too much alcohol, or even watch too much Netflix, you will “kill” those neurons of yours for good.

Although aging or heavy alcohol consumption may contribute to deterioration of our brain health, the reality is much more complex.

For a long time, it was believed that brains of grown-ups couldn’t regenerate and replace dead or damaged cells. As late as 1998, a duo of scientists Peter Eriksson from Sweden and Fred Gage from the USA presented their discovery that human beings are capable of growing new brain cells throughout their whole lives.

The birth of neurons from stem cells is called neurogenesis and in babies, most of the job is done before they leave their mommy’s belly. After birth, this process is restricted to two areas:

Hippocampus — a seahorse-shaped structure that is located within the temporal lobe of the brain (just above your ears) and is important for learning, formation of memory, regulation of emotions, and spatial navigation.

In patients with Alzheimer’s disease, for example, the hippocampus is one of the first areas that get affected. The hippocampus is also associated with many other mental disorders. Investigations into the link between neurogenesis and depression indicate that production of new brain cells is impaired in depressed patients.

As expected, the discovery of neurogenesis in adult individuals has raised questions about how we can directly encourage the development of new neurons. Is it possible to heal our own brains?

Research and some studies that have been conducted since prove that we can indeed play an active role in promoting production of new brain cells, and as a result improve our mood, memory, and learning skills. According to the latest findings, you can boost neurogenesis if you pay attention to these:

Yes, that’s right. If you decide to go for a run today, you will not only improve your general health, but you will also help your brain produce new brain cells.

According to the study in rats published last year (2016) in the Journal of Physiology, physical exercise enhances neurogenesis if it’s aerobic and sustained. On the other hand, anaerobic resistance training doesn’t result in higher production of neurons in the hippocampus, even though it may have a positive effect on physical fitness. High-intensity interval training (HIT) showed only a very little increase in the number of new neurons, compared to the sedentary lifestyle, possibly due to the related stress that tends to reduce neurogenesis.

Scientists believe the effects of exercise on neurogenesis, as they were modeled on animals, should have a similar impact on a human brain. Dr. Wendy A. Suzuki, Professor of Neural Science and Psychology at New York University, has dedicated her recent work to how aerobic exercise improves memory and learning. In her book titled Happy Brain, Happy Life the neuroscientist talks about the connection between exercise and the ability of our brain to perform better.

Nothing is closer to the truth than the saying: “You are what you eat.” The composition of your diet is not only important for you in order to stay fit and look slim, but also for your mental health.

In 2009, Doris Stangl and Sandrine Thuret published their research findings on how our diet affects the formation of new cells in the adult human brain. According to these, diet can impact neurogenesis at four levels: through calorie restriction, meal frequency, meal texture, and meal content.

Studies show that caloric reduction leads to an extended lifespan, significantly increases production of new neurons, and reduces the risk of neurological diseases, such as stroke, Alzheimer’s disease, or Parkinson’s disease. Experiments with rodents indicated that the positive effects of dietary restriction could be achieved by both daily caloric reduction (50–70% of the normal diet) and intermittent fasting (alternating schedule of eating and fasting). Therefore what really matters is the net cutback on how much you eat.

When there’s no reduction in calorie intake, neurogenesis can be promoted by extending the time between meals.

Japanese scientists went even further and showed that food texture also makes some difference. Soft diet apparently impairs neurogenesis, as opposed to hard diet that requires chewing, even though the whole mechanism is still not completely clear.

Apart from the overall calorie intake, the important factor for stimulation of neurogenesis is the proportion and type of fat in your diet.

Laboratory tests point to the fact that excessive consumption of meals that contain high amounts of saturated fat (animal fat products, coconut oil, palm oil) significantly decreases the number of newly generated cells in the hippocampus. There is plenty of evidence that proves the correlation between a diet rich in saturated fats and diminished neurogenesis, which may augment the risk of depressive and anxiety disorders. In essence, it means that too much butter, cheese, bacon, or Nutella can lead not only to obesity and cardiovascular diseases but also to brain damage.

In contrast stands the type of fat found in salmon, tuna, walnuts, or flax seeds — omega-3 fatty acids — that have been shown to promote the production of new neurons. These nutrients are important for our whole body in a variety of ways, but they play a truly critical role in development and functioning of our brain. Some studies even indicate that the beneficial effect of omega-3 fatty acids on neurogenesis in the hippocampus could help treat and prevent age-related memory weakening, depression, or neurodegenerative disorders, such as Alzheimer’s disease.

In summary, if you eat foods high in omega-3 fatty acids, you genuinely help your brain work well. According to some studies, neurogenesis can be also reinforced by certain dietary substances, such as flavonoids, found in blueberries and cocoa, resveratrol, found in red wine, or curcumin, found in the turmeric spice. So a glass of cabernet, a bite of dark chocolate, or a bowl of yellow curry can be a nice treat for your brain.

On the contrary, it appears that chronic sleep deprivation and stress (including early-life and pregnancy trauma) inhibit the production of new brain cells in adults, which in turn causes deterioration of our cognitive functions and overall mental health.

Most of us take it for granted that we cannot succeed either in our life or our career without a perfectly functioning brain. However, when something is wrong, we refuse to assume our own responsibility. Sometimes we blame genetics or our education. Often, we look for strong medications, rather than opting for better food and a few more hours of sleep.

Kristyna Z. is an entrepreneur coach and a co-founder of MAQTOOB. Her book is for mindful entrepreneurs is just being born. 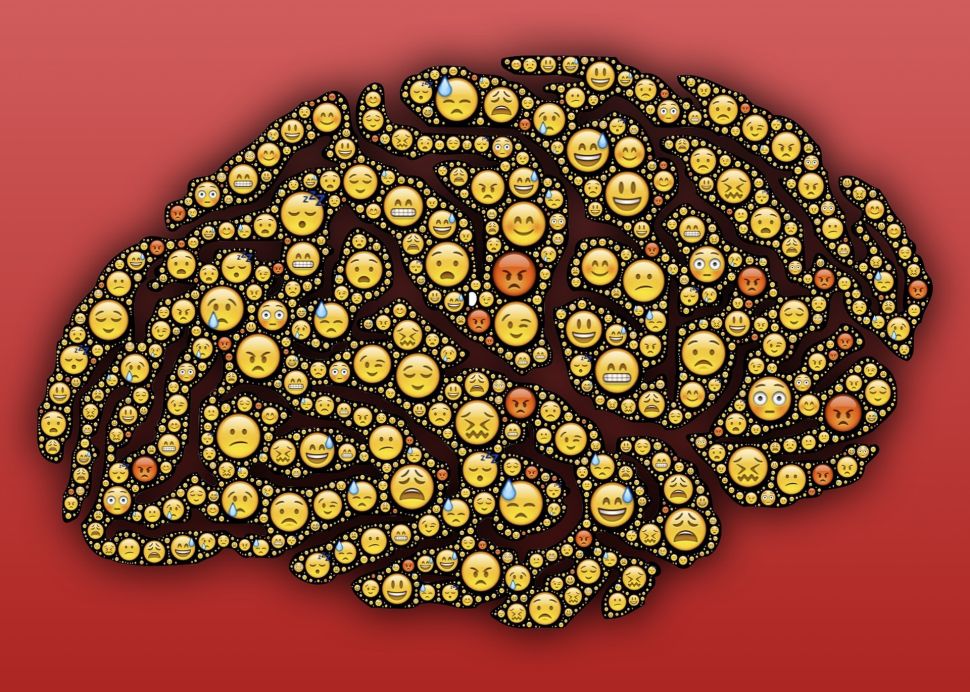